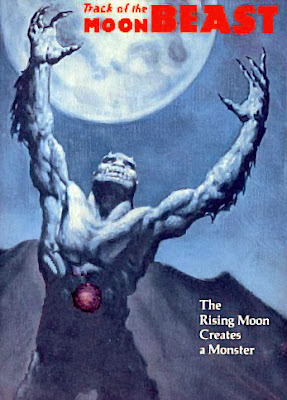 Is it that time already again?! Oh, you betcha. Some of us just can't seem to get enough of those terrible, terrible movies so here we are with Project Terrible Round... oh, I forgot... 14? Something crazy like that. Anywho, I decided to with Maynard Morrissey's movie choice for me since he always seems to torture me the most. This time from him I got another obscure sci-fi movie from the 70s called Track of the Moon Beast. Goody. Let's get started. 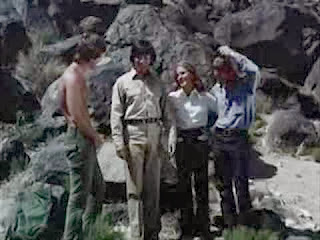 So this movie has one of the best plots I've ever heard. Seriously. This hunky young mineralogist named Paul falls in love with a really boring chick named Kathy on the same night that he gets hit in the head by a meteor from an asteroid that hit the moon. Herein comes the "moon beast" part of this fantastic story because apparently, having a little bit of meteor in your brain turns you into... a lizard monster. I know you're anxious to hear how this turns out.

As hilariously stupid as the plot of Track of the Moon Beast is, it's really a shame that the rest of the movie is rather boring. There's just not enough Paul-monster-moon-beast action, too much talky-talky with all the other characters, and not enough of those whacky 70s sci-fi effects that I was looking forward to. Though it almost kills me to admit it, overall the movie isn't that bad. The production value - albeit minimal - is workable for the plot and the characters are not nearly as annoying as expected. Hey, you even get some musical entertainment in the movie. What more do you want? 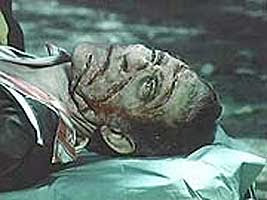 If you're like me, your main question with this oh-so-magnificent plot is the relationship between some meteor shit (yay Creepshow!) and transforming into a lizard beast. Like, how are those two things related in any way at all? How does having a piece of meteor imbedded in your brain cause you to turn into a lizard creature that is closely related to the Tyrannosaurus Rex (I didn't say it - the movie did, I swear)? Paul's good friend is Native American and professor Johnny Longbow, who not only has the recipe for awesome stew, but also can give you the most minimal explanation for all of this possible. It's a Native American legend. I think. I wasn't really paying attention. However, no explanation could make this plot point make sense enough for anybody to take it seriously. 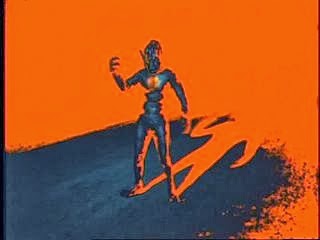 Paul only changes into the moon beast about three times in the whole movie and it all takes up about five minutes of the movie's run time. There's one really crappy dissolve transformation scene - which I can forgive because they did their best - and just what Paul transforms into is not at all what you would expect. He doesn't look much like a lizard and is instead this dark, bumpy headed Creature from the Black Lagoon type thing. He goes a little rampagey by killing some random guy outside his house and then some more random people in a tent where he rips one of their arms off... and that's pretty much it. At the the end, he runs around the desert some more before he's killed. Eh, boring.

Just need to interject here another plot point that begs repeating: The piece of meteor in Paul's head disintegrates after a while and some NASA guys who come to help out tell Johnny Longbow that Paul will basically explode when the moon comes out. Awesome. Just awesome. Bad part is that you never get to see him explode. Johnny Longbow decides to kill Paul before that happens by shooting him with an arrow made of the meteor that hit him. The screen goes red filter and Paul's just kinda gone after that. Oh, you're breaking my heart.

There's some questionable dialogue in Track of the Moon Beast, and the actress playing Kathy is basically a blonde two-by-four, but everybody else does a relatively good job for what they have to work with. The goofy plot warmed me up to the movie quite a bit more than it should have but seriously - when have you ever heard of something like this before? The bad part is the painfully slow pace and way too many boring scenes of people just standing around and talking. I actually say give this one a shot, if only for nostalgia's sake - they don't make 'em like this anymore. Thank goodness.


Posted by Michele (TheGirlWhoLovesHorror) at 4:02 PM