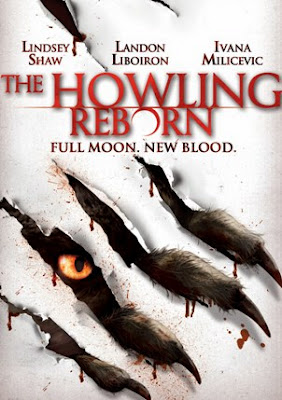 Ah, we have reached the end, kiddies. I have made it through eight - count 'em, eight - Howling sequels and come out relatively clean on the other side. There have good times and there have been bad times throughout this little adventure, wherein we have traveled to Australia, Budapest, and little dumpy towns like Drago and Pioneer Town. But now we've come to the conclusion with a straight-to-video sequel that came out 16 years after the last sequel. The Howling: Reborn is definitely light-years ahead of all the other films in terms of production value, but that doesn't necessarily mean that it's any better. 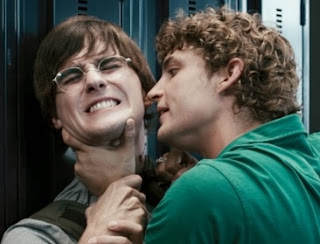 Will Kidman is your typical teenager who is about to graduate high school without a clue as to what he is supposed to be in his life. He only has one good friend, his father is distant, and he has trouble expressing his feelings to a girl he's liked for years. All that changes after an attack by a creature causes him to realize the unbelievable changes in himself - that he is, in fact, a werewolf. Now he has to decide what to do with his new life, as a pack of powerful werewolves have moved in to take over. The credits claim that this one is based on the book "The Howling II" but I seriously doubt that the book could have been more than just a basic inspiration for the story based on the outcome here. 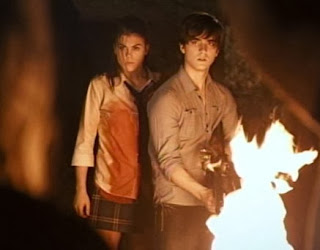 The whole movie is really about as generic, formulaic, and cliched as they come, mostly when it comes to the characters. Will, although quite well-played by Landon Liboiron, is not nearly as sympathetic as they try to make him - he needed something more to his character to make him different than every other loser-turned-awesome-person-of-circumstance. His goofy friend Sachin has made his own horror movie, and therefore is Will's go-to person when he wants to know all about werewolves (and they always seem to be right about that particular movie's werewolf lore as opposed to the others, you know?). Eliana is the outgoing, wild, but still vulnerable girl that seduces Will through the whole movie even though they make it seem like the two have never talked until a couple of days ago. 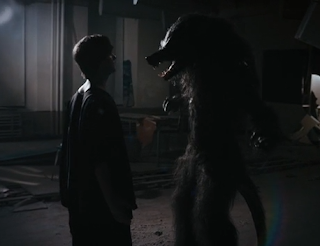 The high school portrayed in this movie is just atrocious. The comparison of high school to a prison is entirely appropriate in this instance because this place is some kind of very high tech Fort Knox. It is ridiculously unbelievable. Maybe in 20 or 30 years high schools will be able to be this secure (why, though, is still my question) but it doesn't even seem necessary where these kids are. Get this: they are actually able to completely lock down the entire school - with like metal gates over all the windows and such. Seriously, they're a bunch of middle class, snotty white kids. I'm not seeing the immediate danger to make this worthwhile of the taxpayer's money. The lockdown thing does end up making for a good plot point when Will and Eliana get trapped inside with all the werewolves at the end, but still. Come on. 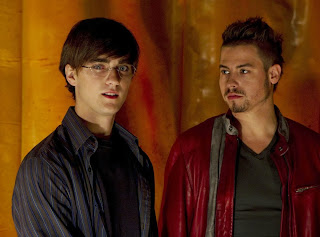 The werewolves? They're actually pretty good once they (again) finally show up at the end. They're super-strong with weird acrobatic abilities, and they're probably the best looking werewolves of the series. A lot like the Dog Soldiers werewolves. Will's mom is the alpha wolf of her little pack and there's lots of crap talk about her wanting Will to give into his animal side and join the family, blah blah blah. Then Will finds out that he "accidentally" made Eliana into a werewolf (which is actually good because she saves him) so then they have to do another kind of emotional scene where he, like, talks her back into being a human because they love each other so much. Ugh, too much emotional stuff going on. Will's voiceover by the end gets a mite cheesy when he's getting all philosophical about basically the whole meaning of life, as well. It's nice writing but it's the same kind of stuff you've always heard about the dual nature of man and what it means to be human, BLAH BLAH BLAH.

Despite any overall lack of ingenuity here, I must say that this movie is still a hell of a lot easier to watch than any of the previous Howling movies. It's updated and snazzy looking, with a younger cast and a lot more in the action department which is something this series was seriously lacking. Not a terrible movie, really. Just kinda... meh. The ending is similar to the original's - Will broadcasts his transformation to warn people of the werewolf threat - and I only hope that it is some kind of ambiguous ending and not the beginning of yet another Howling movie. This Howling adventure has been fun, friends, but there's only so much I can take.

Posted by Michele (TheGirlWhoLovesHorror) at 8:02 PM