Most of us have that one member of their family that they are perhaps not too proud of. A deadbeat dad, a drug addict sister, or just a lazy and uncaring uncle, for instance, can be an embarrassing burden on the rest of the family. However, these real life relatives probably have nothing on the horrible family members in some of our most beloved horror movies. So here I give you... THE WORST FAMILY MEMBERS IN HORROR MOVIE HISTORY!

Any mention of John Cassavetes or Rosemary's Baby

on my blog is now going to include the phrase "the worst husband in the history of the world." Hyperbole, yes, but also not too far from the truth. Guy Woodhouse's inner monologue: "Oh man, I'm a shitty actor and all I want is to feel good about myself, provide for my family and get lousy rich. Hey, these old people in my apartment say that there's a way to make that happen! All I have to do is drug my wife with chalky mousse (mouse?) and then let the old Satanists summon The Devil himself to rape my wife and impregnate her with his Satan seed! That's not so bad, right? I mean, she does really want children. I'm sure she'll be able to love Little Satan just as much as any child."
Douchebag.

Dis-Honorable Mention: Dr. Feinstone from The Dentist for being able to turn into a psychopath a little too quickly after finding out that his wife was cheating on him. He does nasty things at his dentist office and then cuts out his wife's tongue and pulls out all her teeth, and keeping her alive afterward. Cruel. 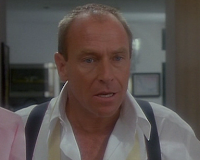 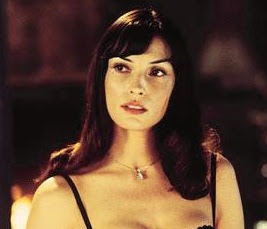 Yes, Stephen and Evelyn Price do seem to hate each other equally but underneath the "wanting to kill you" exterior, I always thought Stephen was putting on a show. Evelyn, however, is a cold-hearted bitch who really does want her husband dead, if not by her hands, then someone else's. She even kills her lover and partner in crime to pull off the scheme of murdering Stephen. She's selfish, she cheats, she kills. I can't imagine even being friends with this high and mighty bee-otch if she were a real person. 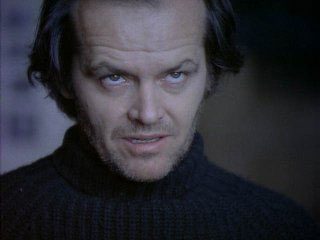 Normally I would not have said this because Mr. Torrance was under the influence of spirits when he committed the worst acts against his wife and son, but he deserves this spot because Jack acts like a prick before they even get to the Overlook Hotel. Stephen King wrote Jack Torrance as being incredibly remorseful and full of self-hatred for his alcoholism and breaking his son's arm, but Nicholson plays his Jack like a psycho right at the beginning. I never felt through the whole movie whether he even liked his wife and son at all.

for being a jerkweed right to his sweet little daughter's face. How rude! He actually tells her that he doesn't even like spending time with her. He's not an abuser or murderer or anything like that, but seriously, that's bad enough.

and Krug from both Last House on the Left

s for being a perverted sociopath who either keeps you hooked on heroin and then makes you shoot yourself OR for raping the girl you have a crush on and then stabbing you. From either version, Krug is a bad daddy. 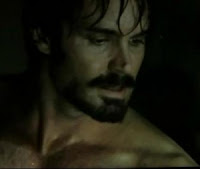 Not sure why I picked pictures of both of them looking down. 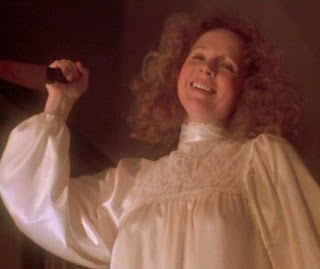 This is perhaps the way too obvious choice but who is seriously more frightening than a crazy religious woman as only Piper Laurie could make her come to life? Aside from all the Jesus-ranting and talk about dirty pillows and red dresses, let's not forget that Margaret White brutally stabs her daughter in the back at the end of the film. Sure, Carrie's just murdered a gym full of her peers and her mother is "saving" her from her Satanic ways. She shelters her daughter from the world, tortures and abuses her, locks her in closets, and doesn't give her any means of surviving in the cruel world of high school.

, because she is a nutjob the whole way through. She abandons her family to undergo some radical psychiatric treatment and seems to care more about her brood of deformed dwarves than her own child. FREAK.

I actually just watched this movie for the first time today - stay tuned for a review soon! 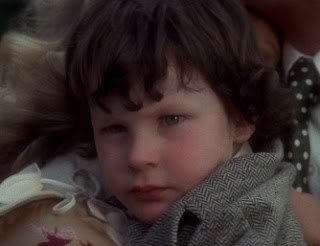 Oh, come on! I know I talk about The Omen

a lot around here, but for realz, what son can be worse than THE SON OF SATAN? He's a cute little bugger, I'll give you that, but with all the minions of Hell surrounding him - the Satan worshippers, the dogs, the crows - there is nobody who could stand up against this six-year-old. He can even make baboons go crazy when he's around, and those are some vicious muthas.

. I know that it's more his father's fault than Gage's own for why he turns out to be a cute little murdering zombie, but still. This three-year-old (in evilness, he's got at least 3 years on Damien) is able to take down two adults - including his own mother! Matricide... very wrong. 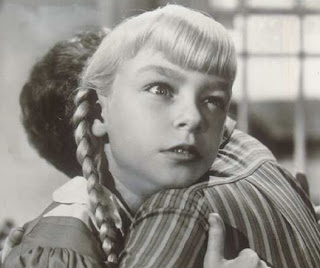 The one and only, people! In Rhoda's time, children could not be diagnosed with sociopathy. No doubt they would have no problem calling her that now. Her way-too-perfect-to-be-real veneer is incredibly creepy, even before you find out about anything bad that she's done. She kills other children just for their penmanship medals and burns alive one jesting janitor. Don't be fooled by the blonde pigtails and cutesy dress and shoes - this girl is bad to the bone.

. Yeah, we know that she's not really a kid, but she's the perfect manipulator and does her damnedest to get rid of the mother and move in on the father. Her story is disturbing on so many levels. 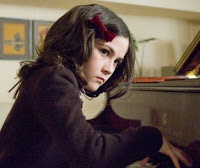 and Karen Cooper, the rampaging little zombie from Night of the Living Dead

. Her image is iconic and her actions legendary. First she chomps on her daddy's dead body then attacks mamma with a garden implement and stabs her repeatedly. Mmmm, brains. 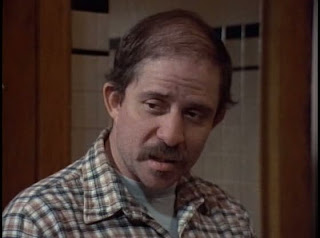 Oh, this one's a real winner. Not only is Otis a sadistic pervert and serial killer in cahoots with the black-hearted Henry in this film, he's also got one strange attachment to his sister Becky. He tries to watch her undress, and eventually, when he spies on her and Henry about to get it on, gets jealous and tries to rape and murder her. Horrifying and yuck, at the same time. But have no fear because Henry, sweet guy that he is, murders both Otis and Becky so that they never have to deal with that weird uncomfortableness at family meals in the future.

Very, very close runner-up award of course goes to that ultimate unstoppable brother of evil, Michael Myers from the Halloween

franchise. The hunt for little sister Laurie Strode starts in 1978 when he stalks her and her friends on Halloween night. It ends in 2002 when Mikey finally stabs and kills Laurie on the rooftop of an insane asylum, letting her fall to her death and bringing to a close their long and tumultuous relationship. 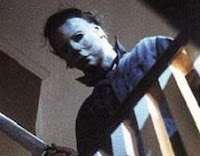 movies because I could not come up with another candidate for that role. So close. SO CLOSE. 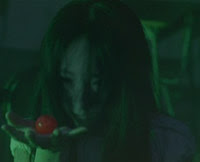 There's this whole confusing curse thing going on in One Missed Call about cell phones and candy, but one must remember that the whole thing is this bad sister's fault. Mimiko was a young girl who used to torture and abuse her younger sister Nanako and then give her her favorite red candies afterward so she wouldn't tell anybody. The mother finds out about the abuse and leaves Mimiko to die of an asthma attack while she rushes the other sister to the hospital. A horrible punishment for her wrong deeds or just karma? You decide.

. Jane Hudson is perhaps my favorite example of a "grotesque" character in film. The way she looks and acts and talks - you are just immediately put off by this crazy and unlikable woman. Jane treats her wheelchair-bound sister like crap when it was her fault that she was in the wheelchair in the first place. You'd think she'd feel bad about that, but not so much. 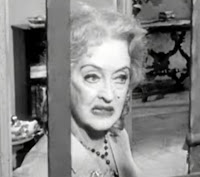 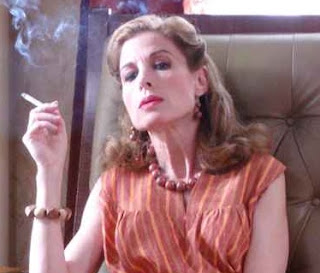 . Of course! Who could be worse than this insane, sadistic bitch? Ruth inflicts her own cruel beatings and torture on poor Meg and Susan, and takes it one disgusting step further by allowing her children and other neighborhood child to abuse Meg as well. Things only get worse and more disturbing. Gertrude Baniszewski, the real life Ruth, was thankfully not her victim's actual blood relative, which is a small comfort. Not much, though.
Posted by Michele (TheGirlWhoLovesHorror) at 8:08 PM