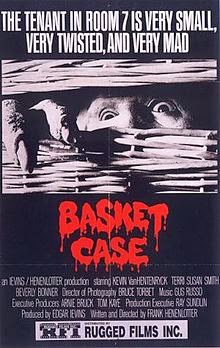 Basket Case (1982)
Oh, I waited too long to watch Basket Case. What a joyous little bundle of weirdness and strange creativity! I actually had a bit of apprehensiveness going into this movie because it was one that, for some reason, I really wanted to like but was afraid that I wouldn't be receptive to it. Thankfully, that wasn't the case. Basket Case is no doubt a very absurd movie but it is also one that is put together surprisingly well, and actually has some decent acting and effects. Even the story is not that bad! It's completely implausible, for sure, but I dug it for the moment and was totally willing to go along with the fact a couple of doctors would perform a difficult operation on someone's kitchen table. I definitely rooted for Duane and Belial in this story because of their plight and the "connection" that they had. It was even kind of sweet the way Duane took care of Belial and talked to him like he wasn't a freakish deformed mass. The hotel tenants were also pretty awesome. The sequels are coming from Netflix soon - can't wait! 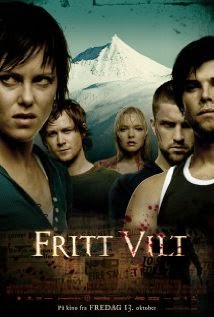 Cold Prey (2006)
Christine Hadden from Fascination with Fear is one of my favorites bloggers, and I think she and I have very similar tastes when it comes to our beloved horror movies. I seem to remember her praising both Cold Prey and Cold Prey 2, a pair of wintry Norwegian slasher films, and given the region's recent reputation in the horror genre (very good!), I knew I had to see what this one had to offer. Cold Prey is simple, if not a bit cliché with the story of a group of traveling young adults who run afoul of a masked killer. But sometimes simple is the right way to go, and though Cold Prey offers no big surprises or anything, it works. I love the snowy setting, and therefore how massive and mysterious the killer looks all covered and bundled up. I was a little disappointed that it was not at all difficult to figure out who the final survivor would be or the origin of the killer, but not enough to make me give the movie bad marks. The characters are likable and there are some wonderfully well crafted sequences - especially the final encounter with the killer. Just like Basket Case, I can't wait to see the sequel! Coming soon. 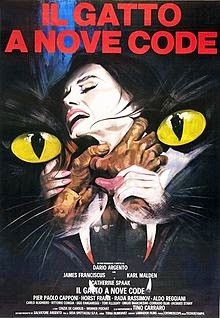 The Cat O' Nine Tails (1971)
Okay, I need stop saying that every new Dario Argento film I see is my favorite one until I've seen all of them. Even ones that aren't all that exciting or bloody are still appealing simply because they are just really good, really well put together films. Maybe this is why Argento himself isn't as fond of this one as some of his other films, but I would have to respectfully disagree. The Cat O' Nine Tails is a beautifully classic murder mystery that gets a little twisted, though not so much that you can't follow along. There are a lot of good individual scenes that make up for the times when the movie can't seem to decide just what kind of movie it wants to be - a serious mystery or a comedy, even though I think the comedy works a lot in the movie's favor. Actually, I would almost give the movie high praise simply for the unexpectedly hilarious barbershop shaving sequence. The Cat O' Nine Tails also boasts some of my favorite acting in an Argento movie. Ex-detective Franco Arno and his young niece Lori are an adorable pair, and I absolutely loved their scenes together. Carlo and Anna are also standouts, but Franco is really the star of the show. So far, I've been the biggest fan of Argento's earlier movies and think that they are some of the best giallos out there. He's a true talent, that's for sure.

Posted by Michele (TheGirlWhoLovesHorror) at 3:57 PM