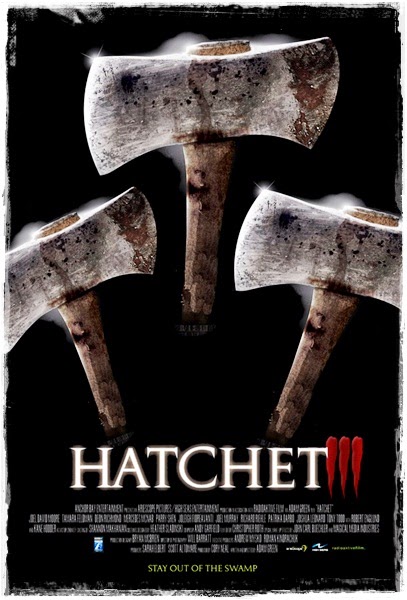 The Hatchet films are awesome. I can nitpick about small problems here and there, but the absolute truth is that I have adored all of the movies, if only for the unrelenting, amazing gore and nothing else. The goal of each Hatchet film is to take any kind of sharp instrument, show as much of the inside of the human body as possible, drench it in blood, and call it a day. And by goodness, do they ever succeed. 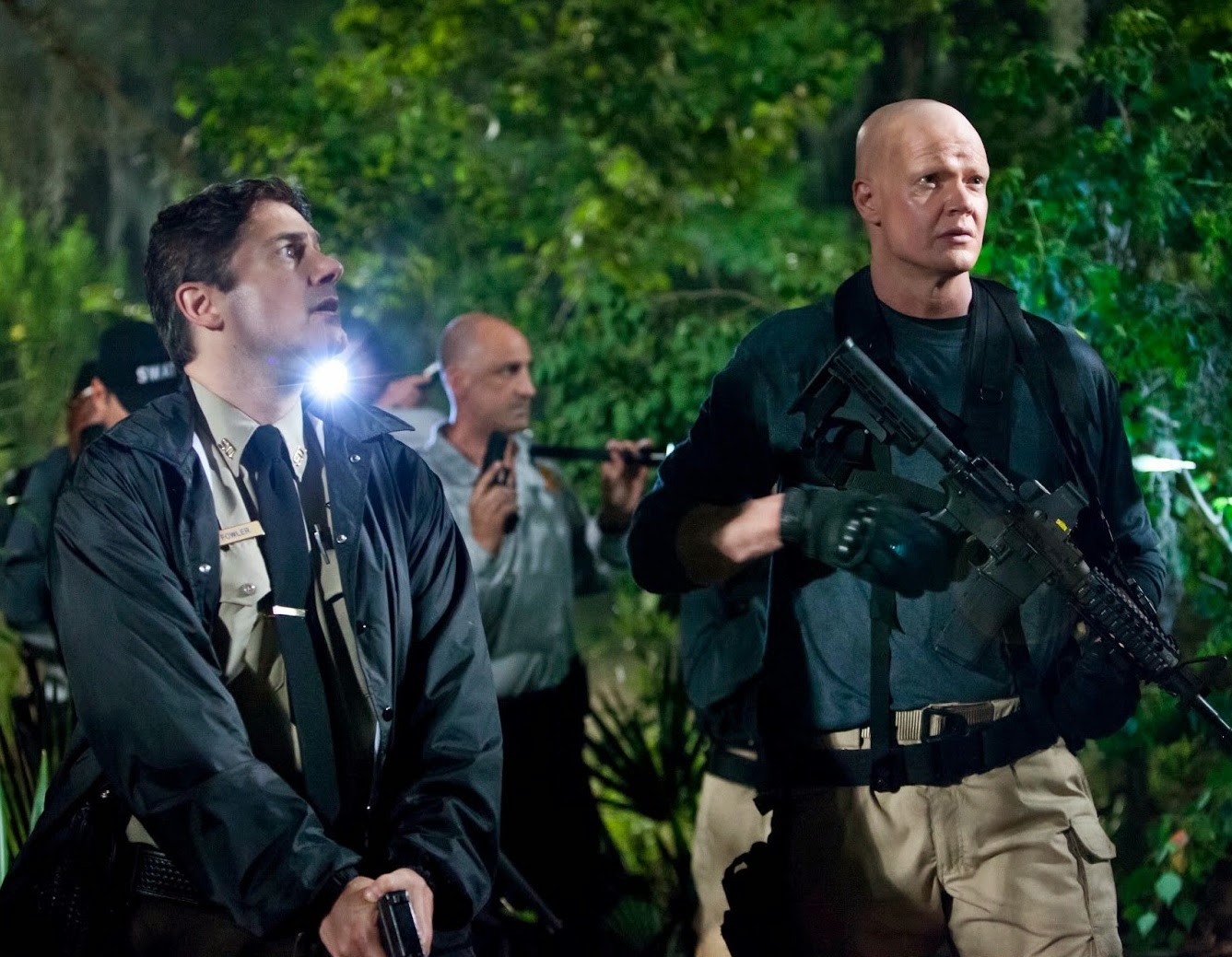 Again picking up exactly where the last film ended, Marybeth has supposedly ended Victor Crowley's reign of terror in the swamp when she leaves him a bloody, dismembered mess. She turns herself into the police, who go to Honey Island Swamp to clean up Victor's massacre. But they turn out to be just more victims for the unstoppable killer who is of course not dead, and will not be until the sheriff's wife convinces Marybeth to help her put a stop to him once and for all.

I gave Hatchet II a bit of unfair criticism for taking itself and the story too seriously (doesn't mean the movie still wasn't AWESOME), but I have absolutely no criticisms about Hatchet III. It is nothing more than an insane gore-fest, packing as much craziness, brains and intestines it can in the movie's short 80-minute run time. It's short and sweet in the best way possible, and the fun cast of characters - and the actors who play them - are obviously enjoying themselves just as much as the audience. 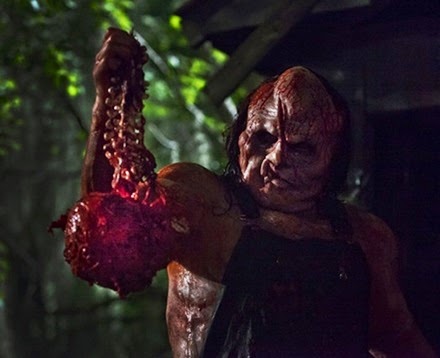 Scream queen Danielle Harris returns as Marybeth, but she is surprisingly not really the star of the film. She spends most of her screen time uncooperative and pissed off - which I guess is understandable for anybody who had been through what her character went through. There are a couple of different groups of people that the film follows, and it's weird because that makes harder to guess who is going to live and who is going to die. Parry Shen, the token Asian, returns as a completely different character again - not related to the swamp boat brothers, though. The real scene stealers are Zach Galligan as Sheriff Fowler and Caroline Williams as Amanda, his ex-wife and Victor Crowley legend expert. Galligan is absolutely hilarious with his bayou accent and I loved seeing him in a movie like this. Williams provides much of the subtle comic relief as she constantly argues with the deputy and Marybeth, and when she is trying to win over Thomas Crowley's nephew, played by Sid Haig, and convincing him to give them his uncle's ashes. One of the coolest things is seeing Derek Mears's SWAT leader Hawes square off with Kane Hodder's Victor - two Jasons coming face to face, love it! 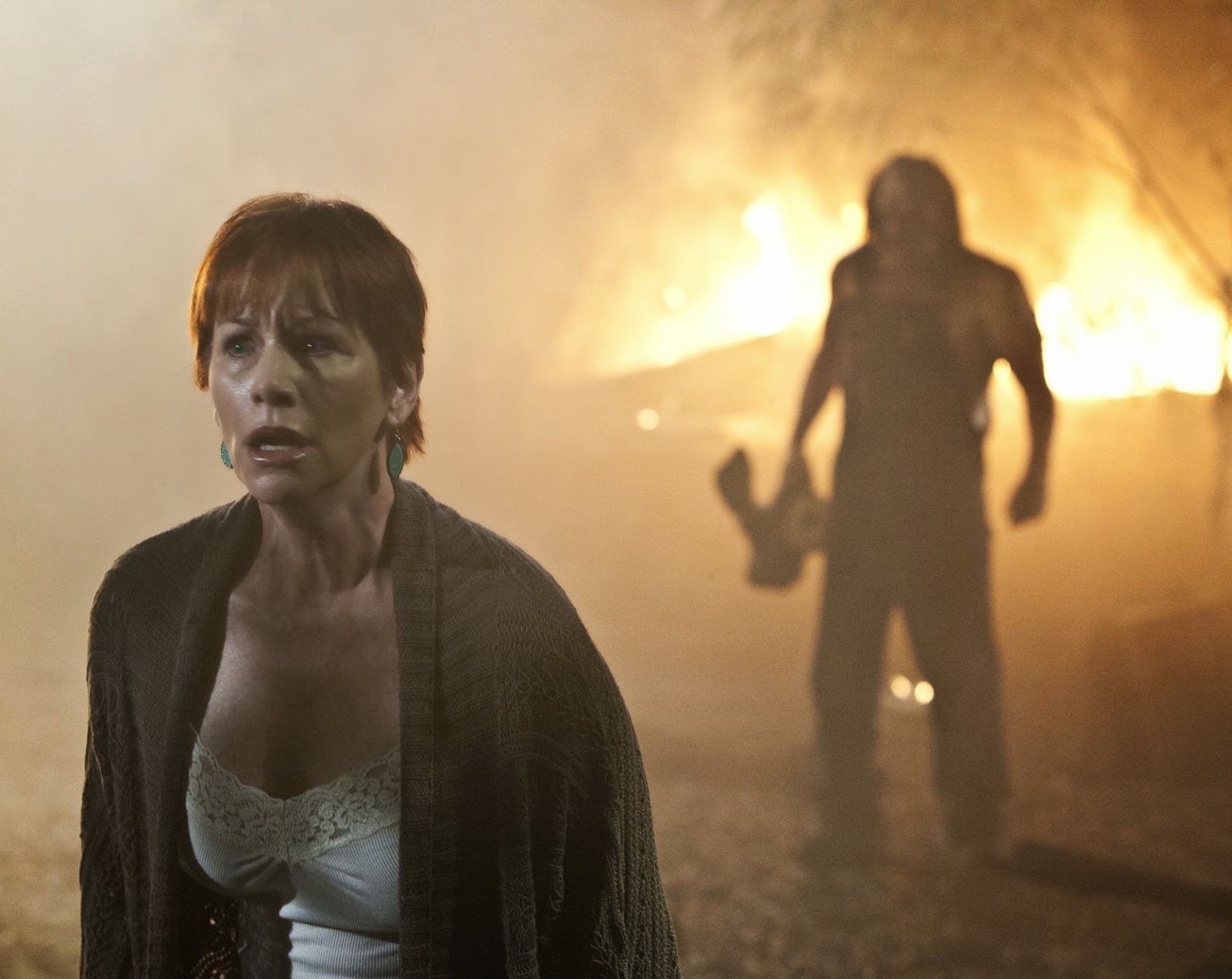 The gore gets off to fantastic start. We see Marybeth again blowing off Victor's head with a shotgun, but he comes back, grabs her, and she punches her whole arm into his pulpy face. Gross. The scene ends with Victor falling on an active chainsaw that cuts his body in half height-wise, spraying a delicious amount of blood all over poor Danielle Harris. Plenty more inventive kills follow. Normally I would love to describe them all here, but one of my favorite things about the Hatchet films is the anticipation of the crazy kills. I'll leave the surprises for you to experience on your own.

Being so over-the-top and unbelievable, director and writer Adam Green - who sadly did not direct the third installment, but was still very much involved with the film - has created a series and a killer that is a real love letter to the best and most extreme the genre can be. I'm seriously lovin' it.

Afterthought: The ending got the gears in my  head turning about where the series might go - Marybeth dies, the screen goes black, then comes back up on her again taking one last breath. Most would say that means she lived but I'm hoping that's her coming back as sort of the new Victor Crowley, a ghost and a repeater. Victor couldn't be stopped until he was reunited with his dad, so maybe the same is true for Marybeth - she never found the bodies of her father and brother. Unless I'm remembering things terribly wrong and therefore this whole idea is moot...

Yes, I did remember things terribly wrong. It had been a while since I saw the first Hatchet film. Marybeth definitely found her father and brother's bodies.

Posted by Michele (TheGirlWhoLovesHorror) at 3:19 PM