I know I'm a day late, but let me just take the time to welcome all my fellow horror fiends to the wonderful month of October, which as we all know is the greatest time of the year. 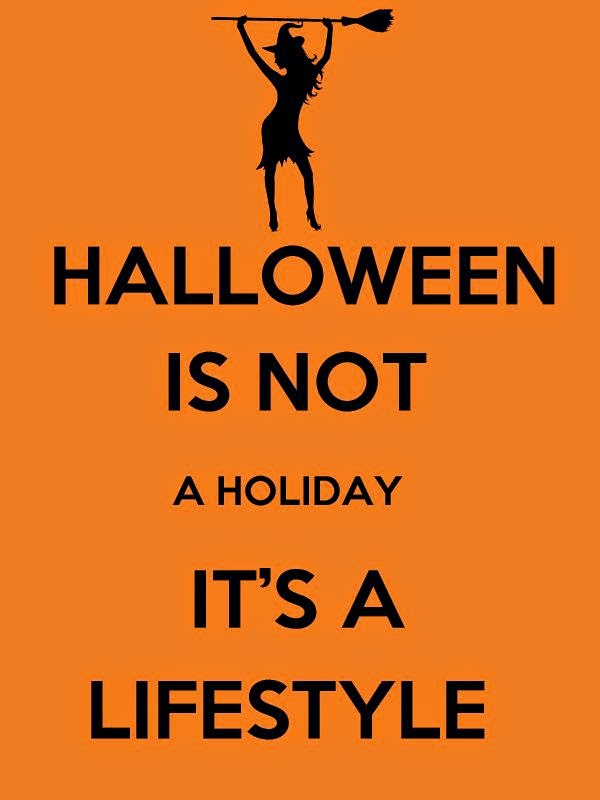 This year, I actually have a blog plan for October where I am going to spotlight some "Halloween Rules" Reviews that will be on movies that take place on Halloween. First up is 2004's Satan's Little Helper! 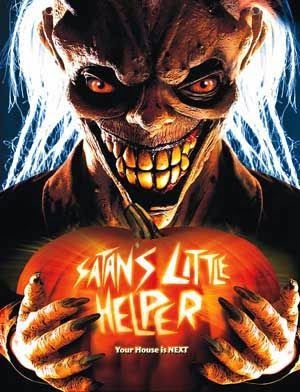 I've seen Satan's Little Helper mentioned here and there for films to watch or that just take place on Halloween. It seems to most often be put into that category of a horror "gem" and that is what I was really hoping to find here for myself. The movie does have a pretty awesome start, but a quick change in tone and some seriously stupid characters don't let me give it my full thumbs up. 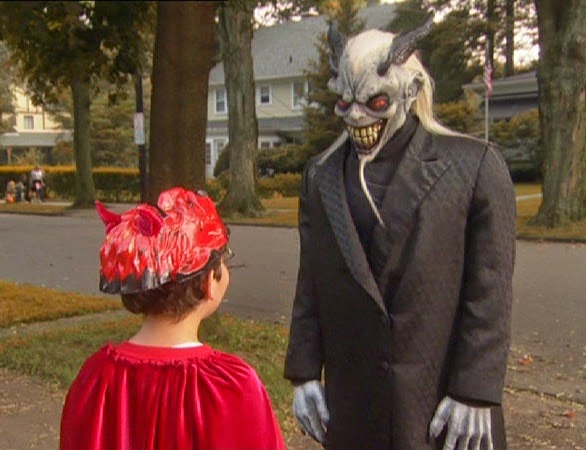 Little Dougie is a boy who loves his video game Satan's Little Helper, and even dresses up like the character for Halloween. He is also very attached his older sister Jenna and becomes jealous when she brings new boyfriend Alex home for the holiday. While wandering the neighborhood, Dougie meets up with a costumed, silent man whom he believes to be Satan - when in fact, he's actually a vicious serial killer.

Satan's Little Helper is sooooo much fun in the beginning. The morbid sense of humor really plays well in the scenario of the kid thinking that the killer is just playing as he wrecks havoc on their tiny town of Bell Island. The scene where the two meet is one of the best - Dougie mistakes the dead body that Satan, a man wearing a black suit and a mask with a huge, devilish grin, is posing outside of a house for a very realistic dummy. Satan (silently) agrees to have Dougie be his little helper. All of this also works because the character of Dougie Whooly is perhaps the most brain-dead child I have seen in a film. He will henceforth be referred to as Dumbass Dougie. Seriously, my 4-year-old nephew has a better understanding of what is real and what is make-believe than this idiot. 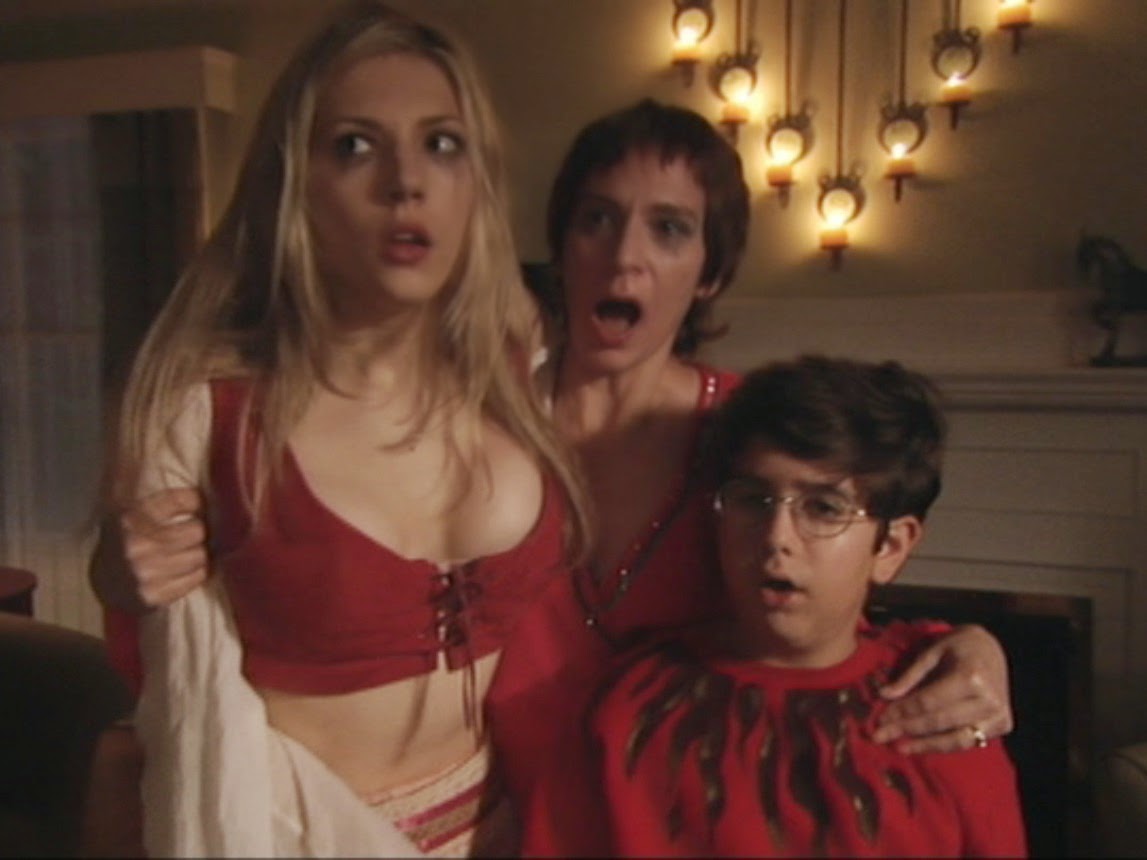 Anywho, things get really interesting when Dumbass Dougie has Satan attack Alex, and then takes him home, where his mother and sister are convinced that it is actually Alex behind the mask. Sister Jenna is played by Katheryn Winnick, and I surprisingly really liked her character, mostly because she was a good sister to Dumbass Dougie. She also actually does shit when the family is fighting against Satan instead of being the hysterical screaming girl that is so annoying. The best character of all is Amanda Plummer as the mother because... well, because she's Amanda Plummer and she's awesome at being quirky and funny. Though the guy behind the Satan mask has to rely on just specific hand gestures and actions for his acting, it's pretty effective. He has a great moment where he's setting up Alex's body in front of an abandoned house and he cutely poses for pictures for a woman passing by who, again, thinks it's just a clever Halloween decoration. Although, I did not enjoy the kitty murder in this scene. Not at all. 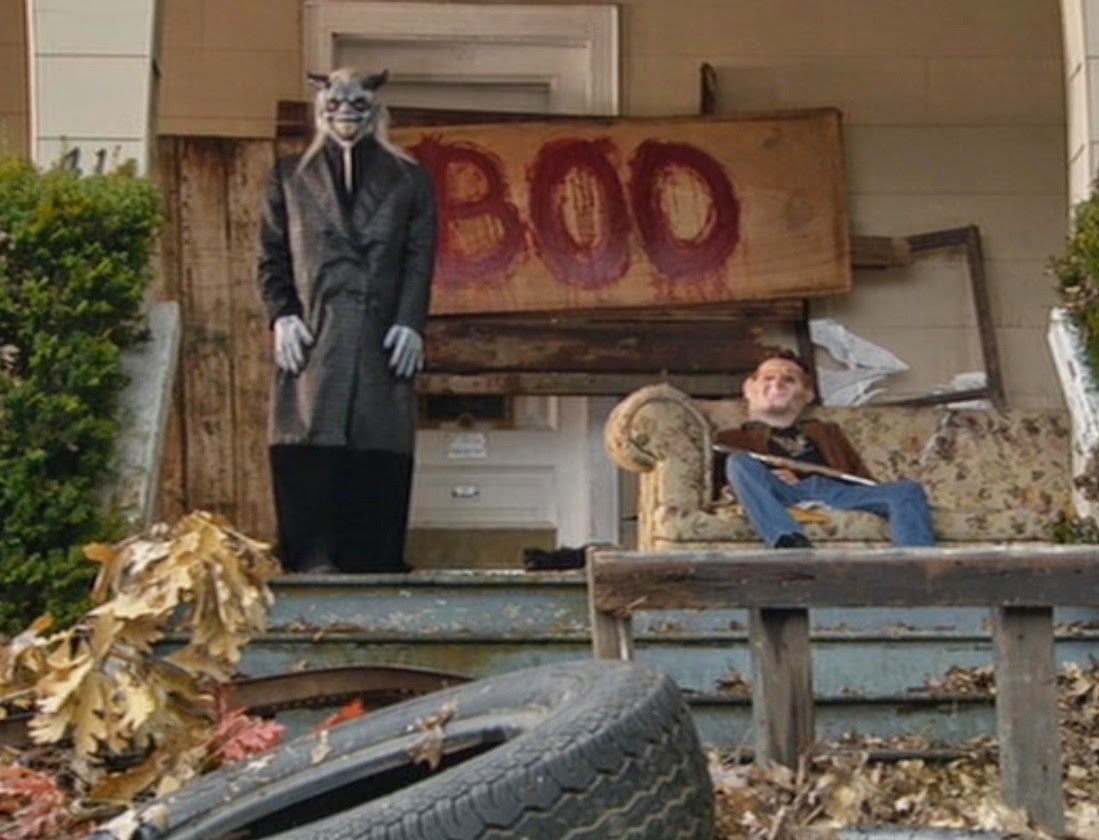 The main reason I can't love Satan's Little Helper completely is that there is one thing about it that niggled at me. It suddenly changes tone way too quickly and therefore loses a lot of its charm for the conclusion. I was really liking the film for the first two-thirds or three-fourths - I don't know the exact math, but it was around the time when Dumbass Dougie finally realizes that Satan is not his friend. This happens in the most horrifying way possible when Satan murders the boy's father right in front of Dumbass Dougie, and also his mother and sister. And he doesn't just murder him - he slices him open, pulls out his (totally fake looking) intestines and ties them around the dining room chair. Wow. Way to completely kill the mood. Even the part after this when Satan takes the mother to the party at Bell Tower wrapped in masking tape is not as funny as it should be because of this. 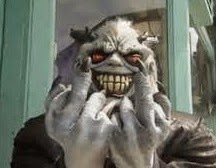 Nevertheless, Satan's Little Helper more than delivers in the rest of the film on just the right amount of inappropriate humor that will really make you laugh out loud - mostly out of shock and a feeling of "Oh my goodness, did they really just do that?" The best part is definitely when Satan and Dumbass Dougie go grocery shopping and have fun mowing down people in the parking lot with a shopping cart - earning lots of points for hitting a pregnant woman and a blind man, I might add. So wrong, but so funny. Also very wrong is the Jesus costume that he dons later on in the film to once again trick Dumbass Dougie, which brings about the line from Jenna that "Jesus is Satan!" If I was a religious girl, I might be horribly offended at that, but I'm not, so I just got a really good chuckle out of it. I also liked that there was never any big unmasking of Satan. It is left completely open as to who or what he really is - is he the arsonist that everyone is talking about? Is he just some random serial killer? Or is he really Satan himself?

I would say that Satan's Little Helper is indeed a gem. It's not perfect, and definitely has some flaws here and there, but its darkly humorous tone and the nonchalant way the filmmakers express it really sets the film apart. Fun times with this one!

Posted by Michele (TheGirlWhoLovesHorror) at 4:09 PM