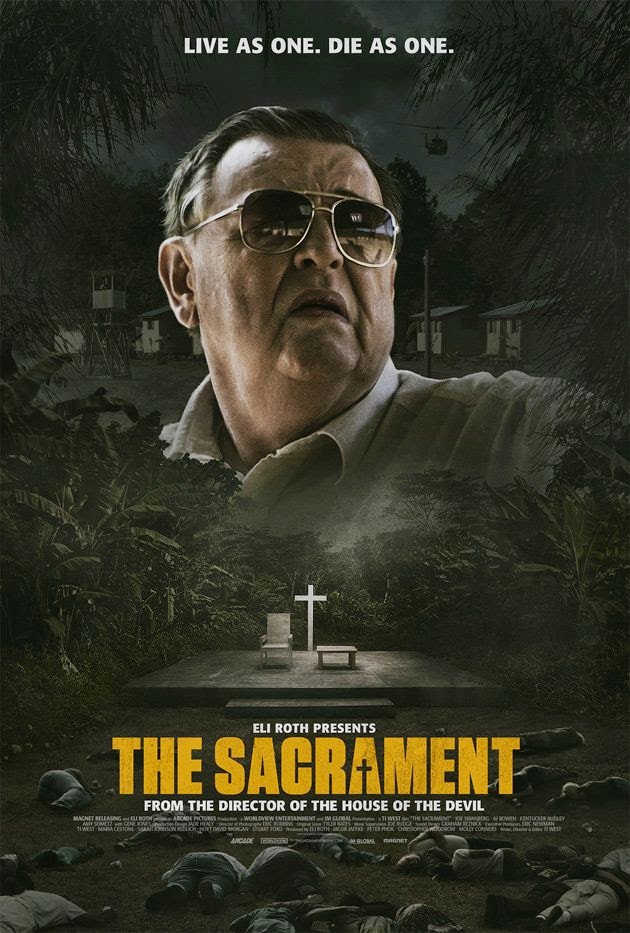 Some of my favorite filmmaking people come together again for 2013's The Sacrament, a movie vehemently recommended to me by the lovely Sharni Vinson herself. I have a cool life sometimes. Anyway. I had to wait much longer than I wanted to in order to see The Sacrament but I was happy to see that it mostly lived up to my expectations. 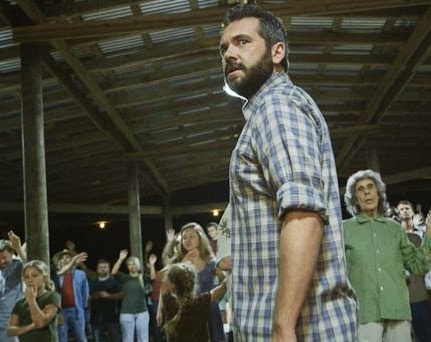 Two documentary filmmakers, Sam and Jake, follow their friend Patrick to an undisclosed foreign country to potentially rescue his sister because Patrick fears that she has fallen in with a radical Christian cult. The men arrive at the heavily guarded Eden Parish, where everyone is as happy as can be under the leadership of a man known as "Father." But when Sam and Jake get the real story of Eden Parish from some residents, they realize they might not make it out of there alive.

What surprised me the most about The Sacrament was how simple the story was. This unfortunately was also what disappointed me most about the movie. If you've ever watched any documentary about cults, or most specifically if you know the story of the Jonestown massacre, then this is the most predictable movie ever. So I guess I was disappointed that the movie was basically just a simplistic retelling of Jonestown with nothing really new added to the story. Writer and director Ti West was obviously going for the more realistic approach to the story and I would say he excelled at that. 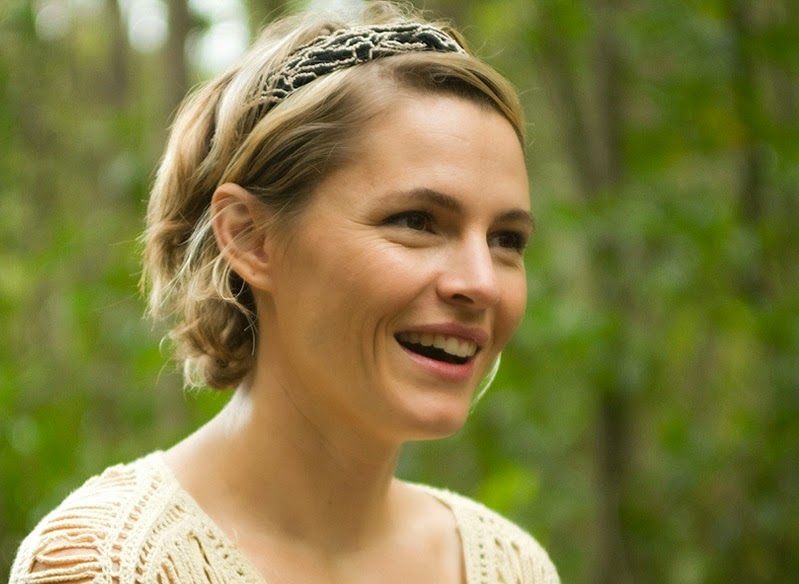 The Sacrament is a beautiful film, and another found footage output that takes advantage of the fact that the people behind the cameras are supposed to be professionals and not amateurs. It almost looks way better than it should. Scenes are full of bright light and muted earth tone colors, which is all wonderfully juxtaposed by the constant foreboding tone of the film's score. It seems to be there to keep reminding you that you should be scared, and that all this is a lie. There are times when the found footage aspect is called into question, though - especially in the scene where Father talks to the group before the "last sacrament." It is supposed to be just Caroline who has a video camera, yet the scene is shot from several different angles all at once. One little thing that I liked that they did with the look of the film was have the opening credits appear on screen as lower-thirds, the kind of thing that you see in documentaries and on the news as a way to identify the people speaking on screen with their name and title. It makes the film look and feel like a real documentary. 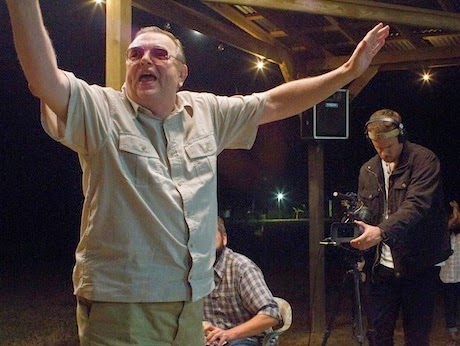 My new favorite AJ Bowen comes back to me as nice guy Sam, the guy who can't help but try to do something when he finds out the sinister happenings at Eden Parish. My goodness, he's adorable and I want him. His co-star from A Horrible Way to Die, Amy Seimetz, is with him again here as Caroline. She is perfect as the jolly, yet creepy, everything-is-wonderful-here cult girl who spouts nothing but positives about Eden Parish - and you don't believe a single word of it. In an eerie reminder of the leader of the Peoples Temple of Jonestown, actor Gene Jones portrays Father. He does very much resemble a father figure (in fact, he looks a lot like my deceased grandfather) whom you believe could possess the charm and charisma to have power over all these people. Joe Swanberg and Kentucker Audley as Jake and Patrick respectively have their moments here and there but are mostly left in the background, or behind the camera. 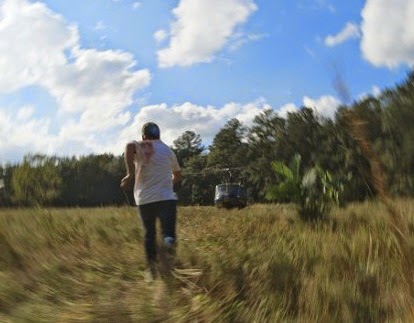 Despite the predictability of the cyanide poisoning sequence, West still makes it a horrible thing to watch. Something I loved that he did here was not only showing people seizing and vomiting violently, but also showing the little things that are just as horrific when you look at the circumstance. The mixing of the cyanide in a large punch bowl and watching children absently drinking it up like it was their morning milk, with their parents encouraging them. The fear and uncertainty on the faces of some of the congregation as they stare at their Styrofoam cups. And worst of all, the woman who approaches the obvious baby bundle in the arms of its mother with a syringe full of the laced punch.

After this, there are a couple more shock moments that haunted me for the rest of the evening, and the film concludes. Though The Sacrament was predictable and maybe less than I hoped for story-wise, I was still very satisfied with what I got. The film is a tight, tense thriller made by a filmmaker who more than knows what he's doing, and the acting is perfect by all involved. Thumbs up.

Posted by Michele (TheGirlWhoLovesHorror) at 6:05 PM