They may be a day early, but a local theater was kind enough to provide me (and its other patrons, but mostly me, I think) with a truly sweet treat this Halloween - a chance to see John Carpenter's classic film about the holiday on the big screen! 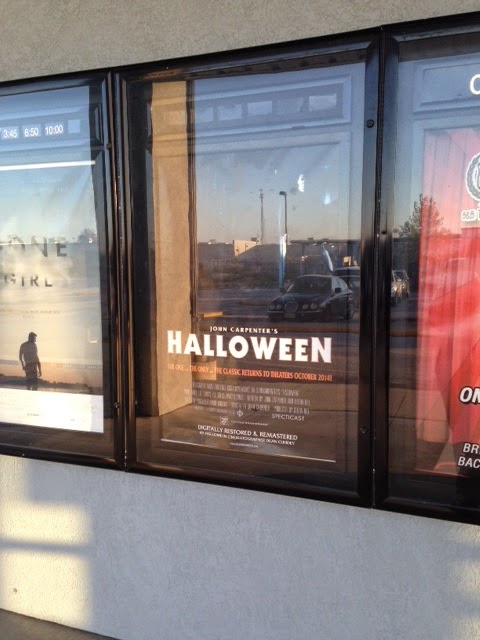 Ah, what an amazing experience! Seeing a film in a theater - even a film you've already seen a dozen times over - is really something totally different, especially with Halloween. The opening credits was probably my favorite part, because that pumpkin that gets closer and closer to the camera has never looked more awesome. Definitely meant to be seen on the big screen. 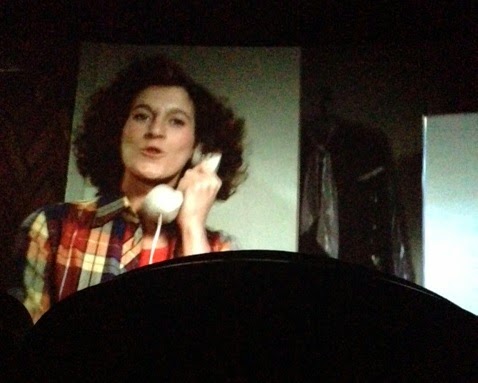 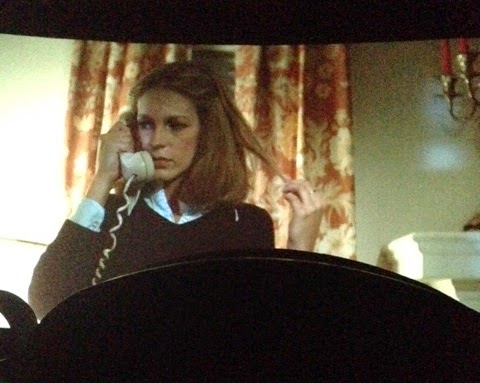 (Yes, I took sneaky pictures of the screen.)
There were times when the score was playing that I closed my eyes and just concentrated on the music for a few seconds. And I absolutely loved seeing my favorite sequences played larger than life before me.
Like this one...﻿ 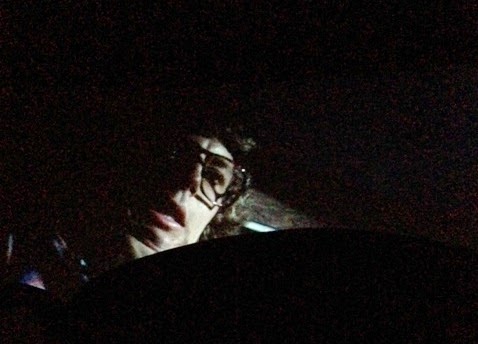 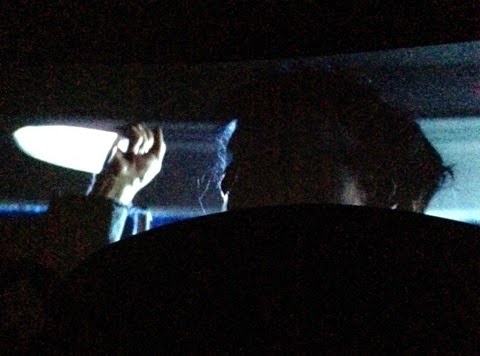 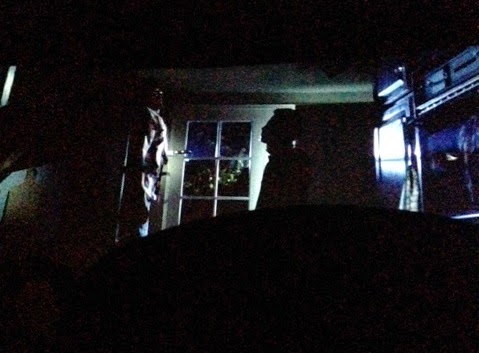 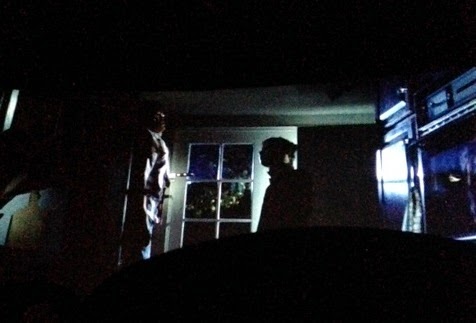 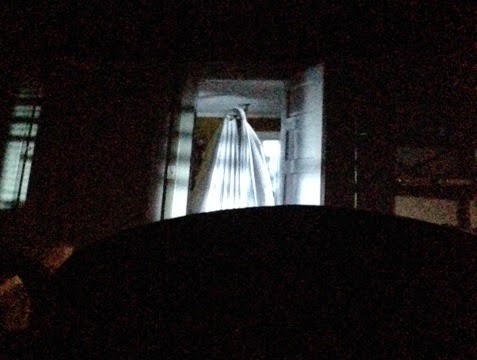 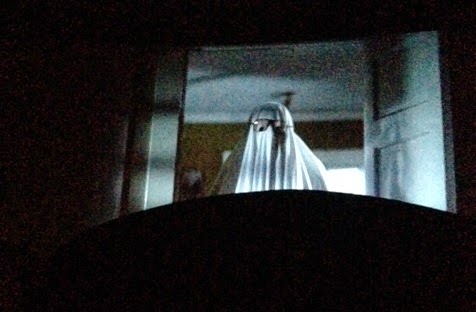 And Donald Pleasance rules as always. 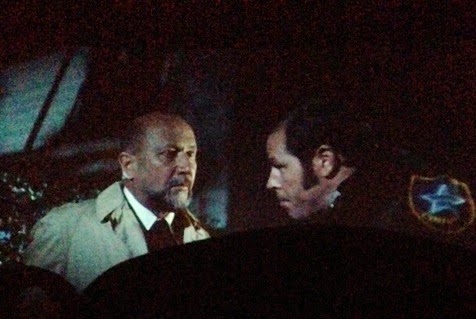 I'm so glad I found out about this. Apparently this theater does "Retro Night" on Thursdays and I never knew about it - a horror girl needs to be told these things. Anyway, all I'm trying to say is that celebrating Halloween ﻿by watching Halloween in the theater is such a very cool thing to do. And this Halloween will only get better with theater experiences because I'm also going to catch the re-release of the first Saw film either tomorrow or Saturday night. SO. FREAKING. AWESOME.

Posted by Michele (TheGirlWhoLovesHorror) at 7:26 PM