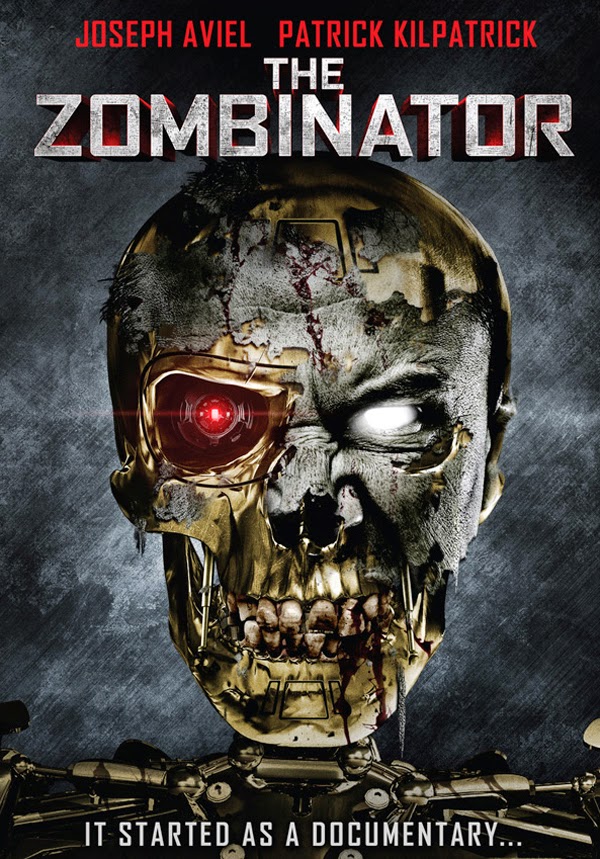 I wasted a perfectly good free rental I had saved up at the video store for this dreck. My second Project Terrible film is The Zombinator, a film that I saw Maynard Morrissey review and thought that from the title, it sounded like it could be a stupid good time. I conveyed as much to him, not even thinking that he might give this to me as a PT film. I am stupid. 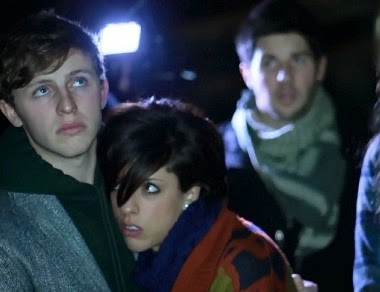 As the poster says, the movie starts out as a documentary as a small camera crew follows a fashion blogger in her Youngstown home. When she meets up with some friends at another mutual friend's wake, they are suddenly attacked by zombies - and are saved by a strange man who looks like the Terminator.

After a pretty good, albeit nonsensical, beginning, the movie's true origins soon start to show through as everything goes downhill quality-wise. The Zombinator was shot on a whim over the course of only four and a half days. The real kicker is that there was NO SCRIPT. I read this fact after watching the movie, and suddenly I knew why it sucked so hard. Once the zombies show up, the plot tries to go in a million different directions without any of them working. There are times where the plot comes to a complete standstill while the characters have a stupid-ass, unimportant conversation for five minutes. The whole movie is a shitty, convoluted mess of one random scene after another. And I hate movies like that. 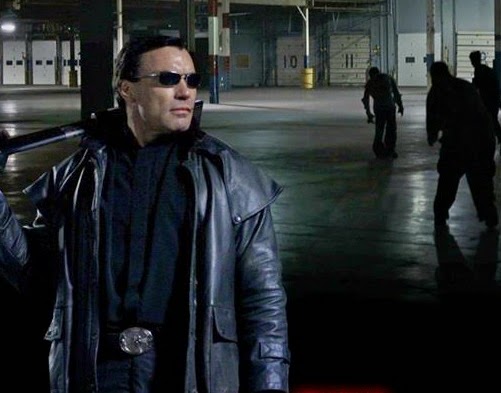 I can't even comprehend some of the stupid stuff that was brought up in this movie. One character has a pet zebra??? Is that even legal? A guy daring another to lick smeared blood off of a concrete pillar? If there was no script, there should have at least been some talk beforehand about what would be the right things to talk about in certain given situations. Nope, didn't happen. The characters just ramble on and on and on without ever saying anything.

There are constant and annoying attempts at irreverent humor that never work. Even one character's line to the Zombinator about how he looks like the Terminator is just too obvious and stupid and wasn't funny at all. The Zombinator also has a stupid reference line to the kids: "If you want to live, listen to me." Ugh. The worst part of the movie is when the group running from the zombies ends up in the basement of an old Catholic school - where there just happens to be a group of paranormal investigators. There is a long, derivative and utterly unfunny scene between the two groups about how the ghost people don't believe in zombies, and there are two smoking priests... just another goddamn random scene that they put in to piss me off. 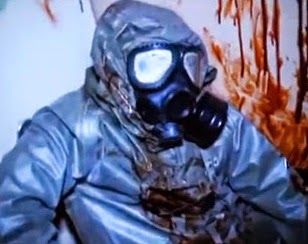 Even if what they have to say and do is ridiculous, the "actors" aren't really that bad - though it really, really pains me to say anything remotely positive about this movie. I'm not saying that they were great or anything, but they at least had pleasant speaking voices, which is about as nice as I'm going to get. There is no character development - hell, I don't even remember any of their names - and by the end of the movie, the plot forgets about most of them anyway, so why should the audience give a crap about them either? The titular Zombinator is exactly how you would expect him to be: looking and acting like Ahnold, so even he turns out to be pretty blah and cliché. They add in another antagonist in the character of the Colonel, played by Patrick Kilpatrick. Seriously, what did they blackmail this guy with to make him appear in the movie? His acting helps the movie a lot, but not much. I was pretty disappointed in him in the scene where the Colonel and the Zombinator have the weakest fight EVER; definitely not believable considering both of the characters are supposed to be military and ex-military.

If you think I was too nice to this movie, let me be clear - The Zombinator suuuuuuuuuuuuuccccccccckkkkkkkksssssssss. And they really shouldn't have expected any better reaction than that when there was clearly no thought process at all behind the making of the movie. I feel horrible even giving this piece of shit any kind of recognition of its existence so I'm ending the review now. Screw you, Zombinator.

Posted by Michele (TheGirlWhoLovesHorror) at 2:25 PM