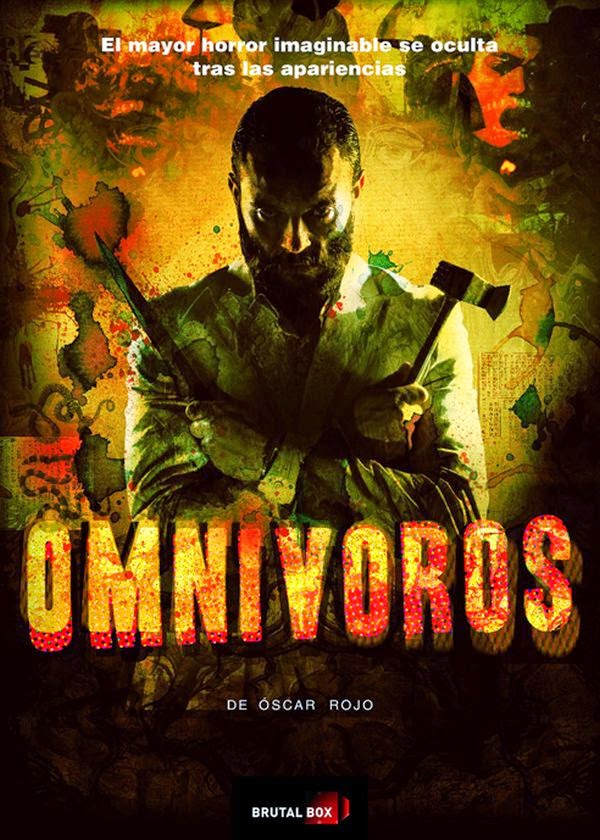 Though all types of murderers are disgusting and repulsive, there will probably always be an extra feeling of revulsion toward the cannibal. Filmmakers have of course dealt with this subject many times in the past, and yet not since 1999's Ravenous have I enjoyed the treatment of the subject so much. This Spanish film Omnivores is very subtle in its approach of cannibalism and makes it work for itself very well. 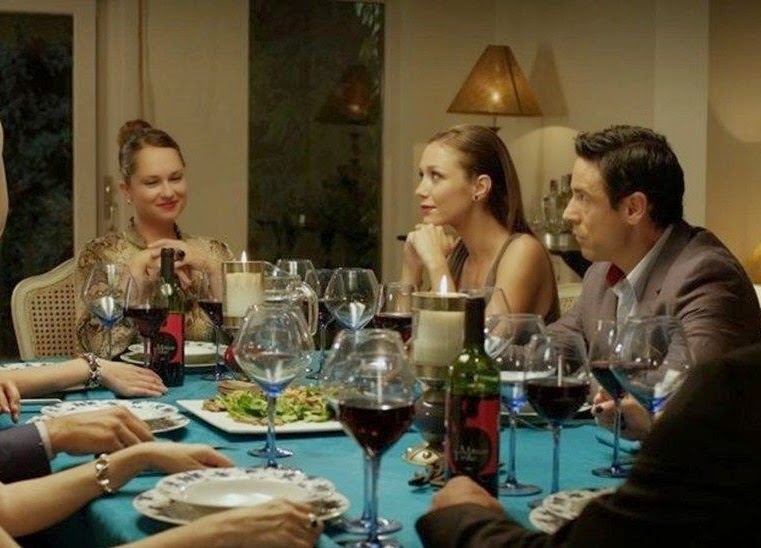 Food critic Marcos Vela is hired to investigate and write about certain "clandestine restaurants" that have begun popping up around Spain - restaurants with very strict rules, serving all types of delicacies out of people's homes. A fellow clandestine restaurant attendee tells Marcos of a place that supposedly serves human flesh, and once he gains exclusive access to the party, he learns the horrible truth of the place and how it is run.

The film opens with probably the most gruesome part of the whole film. A young boy, Dimas, is left alone with his sick mother in a cabin. When they have run out of food and the mother dies - the horrifying inevitability happens. Dimas grows up to be the host of the cannibal clandestine restaurant, with the help of his butcher Matarife. At the first restaurant Marcos goes to, he meets Eva, who offers to help him maneuver through this secret world and with whom he has a bit of a tryst. There is no hint of a backstory for any character other than Dimas, so the movie becomes entirely plot-driven and situational. Which is totally fine with me. But I was so curious about Matarife (though I had to do some research on what his name was because they never said it as far as I could tell) and what his story was and how he hooked up with Dimas, etc. With everyone else you can make inferences about their characters, and you'd probably be right. 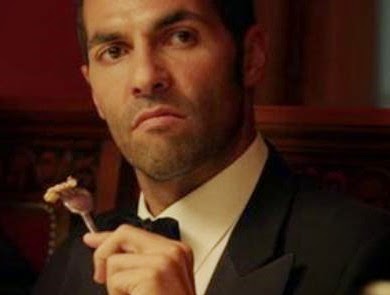 For a film about cannibals, Omnivores is surprisingly not overly gory or bloody. This has bothered me before in other cannibal movies (We Are What We Are) and I have to admit that I would have liked to see some more action, but Omnivores seemed to have a different feeling to it that perhaps didn't warrant anything too gory. The tone is not exactly humorous but neither is it fully horrifying. You know that eventually all these cannibals that Marcos meets are going to get their comeuppance, and that is what the movie is about. The scenes where Matarife is preparing the victims for dinner only have two really squirmy moments - he pours some kind of burning liquid on one guy and scrapes his skin off, and then later the same guy gets a really well done jab in the neck with a knife, with some excellent blood spurtage. Those parts still can't beat the makeup work on the mother's body at the beginning, though, because that was pretty righteous. 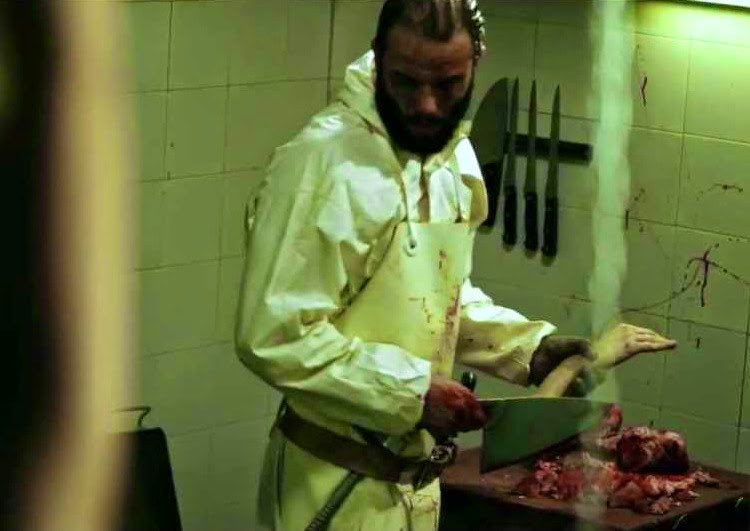 The most confusing and somewhat frustrating part of the plot to me was the people's acceptance of Marcos into their circle at all. At the first dinner party he attends, people know that he is a writer and he actually tells him that he is going to write about these clandestine restaurants. Dimas also had to have known who he was and yet he actually shows Marcos the butcher room where the next meal is hanging from the ceiling. The flimsy explanation that Eva gives Marcos is that he has to eat the flesh so that he will technically be just as guilty as the rest of them. Ehhhhhh, maybe... but I think the police could overlook that small detail in favor of arresting the person or people who, you know, kidnapped, murdered, and butchered an untold amount of people, don't you think?

The ending is nothing short of delightful. Truth be told, I was expecting a fairly bloody mess as Marcos had to kill his way out of Dimas's home or something, but I was actually quite happy that the filmmakers chose to make the conclusion much more subtle, while still immensely satisfying. It quickly becomes obvious just which direction the conclusion is heading, and it only made me more giddy to find out I was right.

Omnivores is an interesting movie that many people will probably see as boring. To me it had the quirkiness of a Tales from the Crypt episode, where you may not be into it the rest of the episode but the climax makes up for all of it. I thought this movie was a nice, quick, new way to look at and deal with cannibalism and I enjoyed it for the moment.

Posted by Michele (TheGirlWhoLovesHorror) at 8:19 AM