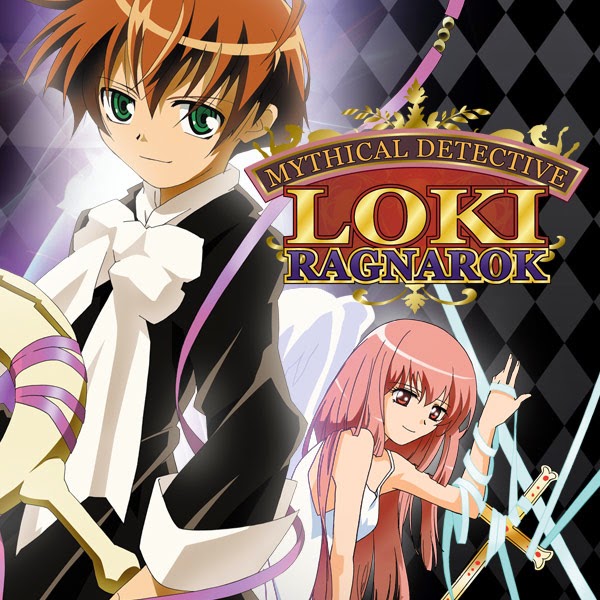 And now for something completely different. Mr. Robert Mohr gave us all anime episodes for his Project Terrible picks, and specifically for me he chose The Mythical Detective Loki. I would just like to go ahead and give a blanket apology for any die-hard anime or manga fans, because this is seriously not my thing. 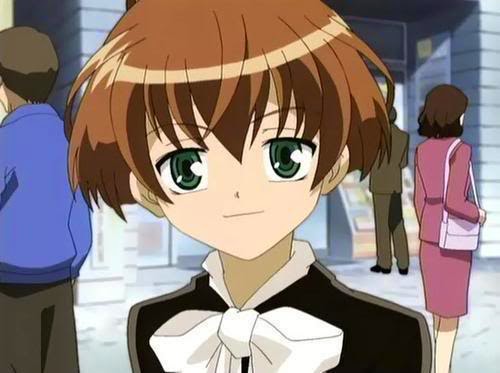 This manga adaptation is in five episodes at about 15 minutes each. After 5 minutes, I was really worried about what was coming. Loki is an exiled god who has taken on the form of a child... I think. Is that right? He fancies himself a young detective and he has a pink blob-thing that flies around him. I have no idea what it is. He is joined by Mayura and Yamino, and together they make up the Enjaku Detective Agency.

I am probably the absolute wrong person to review this. I don't necessarily hate Japanese animation - I just don't understand the attraction to it, or to manga. The artwork all looks the same no matter who the artist is, and there is not anything necessarily great or interesting about the look of the drawing either. When the manga is animated like this, it all comes out really annoying and very juvenile, and it is made all the worse by the English voice acting. I don't mean to be insulting, but that's just always been my reaction! It did grow on me a bit after watching five episodes in a row - I just don't think I'll be seeking it out myself in the future. 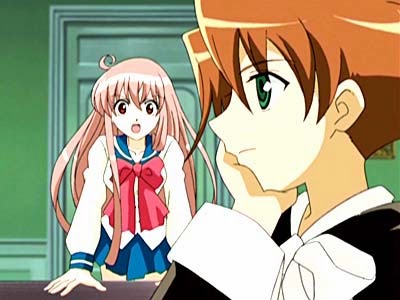 Despite the overall kookiness of the animation (I'm guessing it's wrong to call it a "cartoon"), I did find myself enjoying some of the stories they did. The third episode, "Fafnir's Treasure," was my favorite because it was one of those classic Sherlock Holmes locked-room murder mysteries, and they handled it exactly the right way. The first episode is a bit crazier than the others as it deals with a murderer who decapitates girls. They really don't take it as seriously as it should be, but that makes the episode strangely funny. The last two episodes make up a not-so-exciting-at-all two-parter about the death of a mean schoolteacher. Again though, it's a good whodunit mystery story and I like those... so at least that part of it was okay. 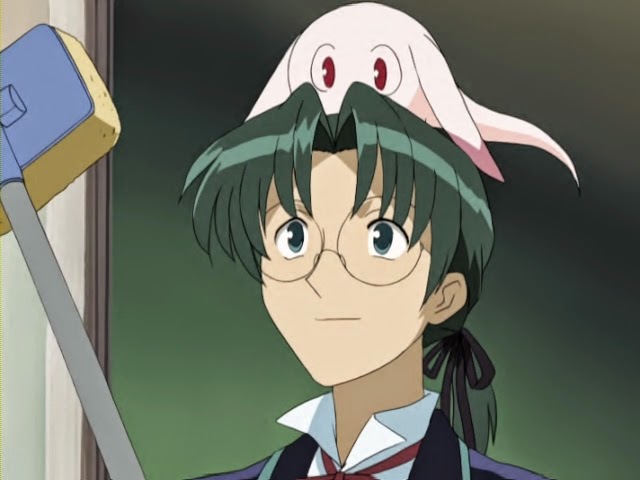 Would this have been better in Japanese? Probably. Like I said, the voice actors were pretty terrible, and poor Mayura has the worst voice of all. It actually sounds like a dude trying to do a female voice - it's very strangely high-pitched and more than a little annoying. They also give Mayura the dumbest lines of dialogue that make her sound like a complete idiot and I felt a little sorry for her. Not much else is known about the other characters because the story doesn't focus on them at all. Didn't really bother me because I didn't care anyway.

This was indeed an odd choice for Project Terrible, Bob! It was interesting delving into something that I'd always avoided because I knew I'd hate it, but at least now I know that it is maybe not always as bad, or weird, or strange, as I might think. The Mythical Detective Loki was pretty good, I guess. I'm definitely no expert and I don't think I ever will be!
Posted by Michele (TheGirlWhoLovesHorror) at 10:24 AM