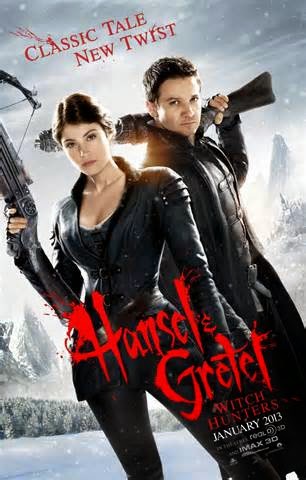 I avoided Hansel and Gretel: Witch Hunters for a long time because of certain preconceived notions that the title alone brought up. I likened it to the Underworld series, which I am not a fan of, and expected moronic action that would only make me mad to watch. Now I admit to being wrong. Hansel and Gretel is for sure no cinematic masterpiece, but, holy crap, is it a good time. I dig it. 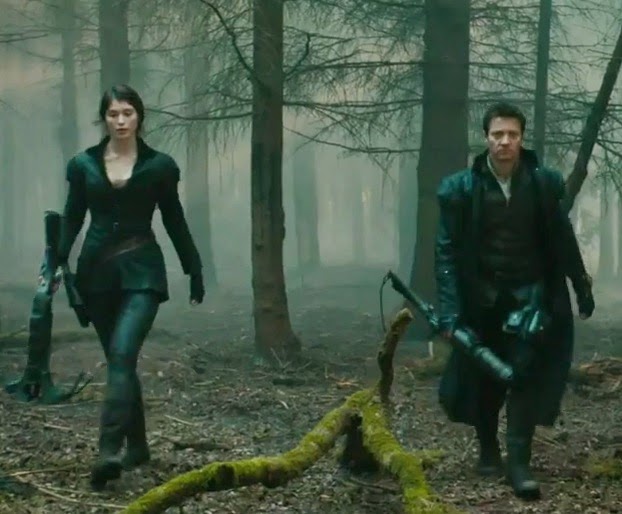 As children, Hansel and Gretel became known for killing the witch who tried to cook them. Now the siblings have grown up to become professional witch hunters, using their hatred and some nifty weapons to take out witches all over the place. They face one of their toughest and most personal battles ever when evil witch Muriel plans a dangerous Sabbath ritual that means danger for them all.

The wiki entry for Hansel and Gretel best describes the movie and what I think is the general consensus about it - "unpretentiously entertaining." This is a movie that doesn't care about being anything other than a fun romp that doesn't take itself even the least bit seriously. When done the right way, a movie with this attitude can be a huge success, especially when it is backed up by some fun action gags and decent enough story that at least keeps things moving. Some stuff was obviously filmed specifically for the 3D aspect (hate that), but it's not too much and doesn't distract. 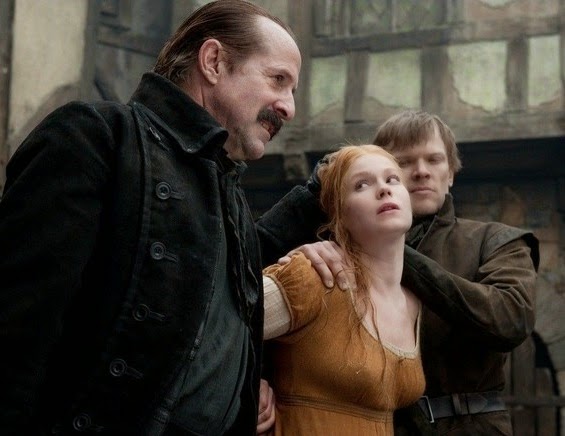 The casting leaves a little to be desired in some roles. Jeremy Renner is actually pretty perfect as the often sour-faced Hansel who doesn't like to dwell on the past. Famke Janssen, one of my favorite actresses, portrays Muriel in a beautifully joyous way, and Peter Stormare as the sheriff is always awesome to see no matter what he does. The only person that brings down the cast a bit is Gemma Arterton as Gretel. She's cute and all, but I just didn't feel anything from her. Her performance is flat - the troll Edward shows more emotion than this girl. I didn't learn until after watching the film that writer/director Tommy Wirkola was also responsible for Dead Snow, one of my favorite films of recent years, and its sequel, which I'm still anxiously waiting to see. He brought the same sense of fun to Hansel and Gretel that he did to Dead Snow, and brought out the right attitude in the actors. 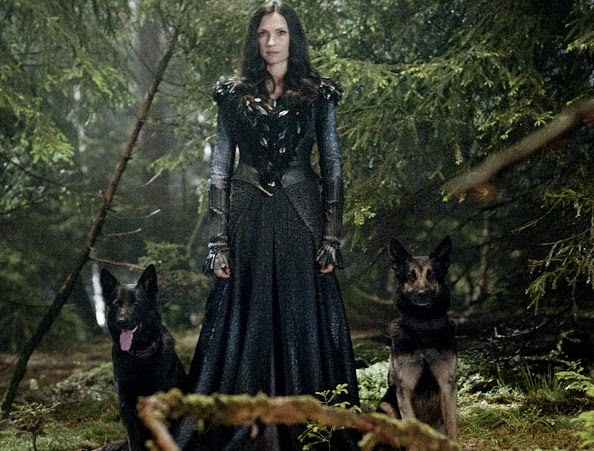 The thing that I usually hate about movies like this was the very thing that made me laugh most of the way through it. Anachronisms abound in Hansel and Gretel; most of them have to do with the look of the film and the weapons the witch hunters use, and some of them are used to get a laugh out of the audience. I loved the deal with the milk bottles with drawings of missing children tied to them and the fanboy Benjamin's book of clippings about Hansel and Gretel's witch hunting exploits. The weapons are beyond unbelievable for the time period - shotguns, a Gatling gun, Gretel's crazy machine gun-like crossbow, etc. - but most of the action sequences would have been nothing without them. The fashions are also completely out there... though I did sort of love Hansel's coat with the cool tiered shoulders.

The CGI effects are obvious, but not unbearably so. The CGI blood makes the kills feel a bit tamer and PG-13, though, so some cool kills are left feeling a little less cool and not as hardcore. At the same time, this is exactly what I was expecting and I wasn't that disappointed with what I got. There's a guy exploding in a bar, the Sabbath massacre, and probably my favorite part - the troll head-smashing sequence. So sad about Stormare, but he went out in an awesome way.

A very surprising thumbs up for a movie I wasn't expecting to like at all! Hansel and Gretel: Witch Hunters is simply a good time all around, a movie with a good sense of humor and unpretentious understanding of what it is. Bring on Part 2!

Posted by Michele (TheGirlWhoLovesHorror) at 3:22 PM