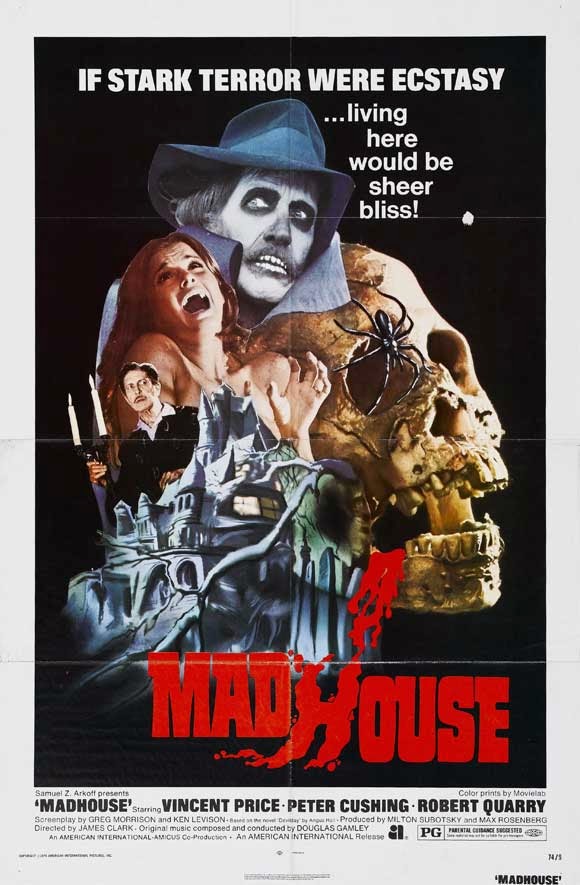 Well, now. That was odd. Madhouse is an attractive movie on the outside for fans of classic horror because of its two big stars, Vincent Price and Peter Cushing, but I don't know that they would be particularly happy with the end result. What starts off a clever and fun whodunit mystery ends up being something completely different by the end - still not sure if that is a good thing or not. 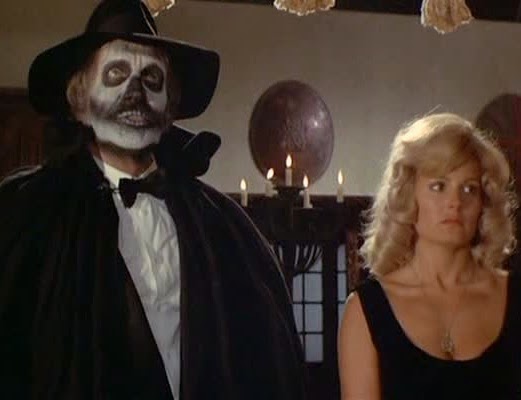 Paul Toombes is at the height of his horror career from playing the villain Dr. Death when his young fiancée is murdered at one of his parties. Several years later, after a mental breakdown and a stint in an asylum, Paul travels to London to bring Dr. Death back to life in a new television series. But as a string of murders follows Paul wherever he goes, he starts to wonder if he may be responsible and not remember it.

I'm still not that knowledgeable at all about this era of horror films. I do know, however, that I love Vincent Price and what I've seen him in, and I'm slowly becoming familiar with Peter Cushing and all the Hammer films. Maybe because of this much of the symbolism for what the film has come to represent was a bit lost on me and that is of course not the movie's fault at all. What I got out of Madhouse was something very different, very confusing, and yet very well done. The story reminded me very much of the one in Targets, which has another titan of horror - Boris Karloff - basically playing himself as horror actor at the end of his era. There's also a hint of a giallo feel with the unknown, masked killer and the constant shots of the killer putting on black gloves. 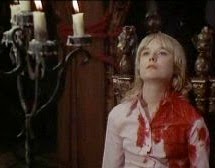 Vincent Price can't seem to do anything wrong. He has slight moments of cheese in Madhouse but for the most part he takes on this more serious role with ease. You never know what his character is thinking or what he is capable of, and that is exactly the mystery the story needs to actually keep it a mystery. They do a great job of misdirection by showing Toombes waking up in bed after each murder confused, like maybe he doesn't know what he's been doing. Peter Cushing is Toombes's longtime friend and Dr. Death collaborator Herbert Flay. In my opinion, he definitely did not get enough screen time. He has one wonderful scene at the conclusion but he's not given enough to do for the rest of the film and it's a real shame.

Madhouse boasts a fair bodycount with not a lot of blood. The murders are similar to those that occur in Toombes's movies and are quite varied. Things start off with the beheading of Toombes's fiancée Ellen, and there's a great shot there of her head falling onto the dresser and Price's reaction. Then a random annoying actress gets a pitchfork to the neck; next is a hanging, and then another neck stabbing. Hm, all stuff having to do with necks. Strange. 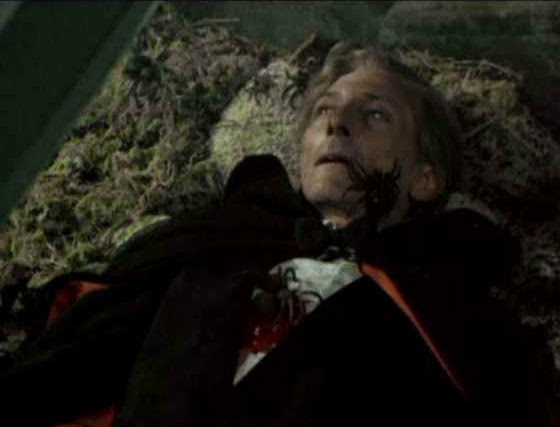 One thing I loved about Madhouse was that most of the sets were the epitome of the classic "old dark house" that Price, and his character Toombes, are famous for. The elaborate dining room, the bedroom with the four-poster canopy bed, and especially the staircase the leads down to the cobwebby basement are made all the more classic when you add in Price using a candelabra to light the way as he creeps around the sets. The costuming is fantastic, especially on Dr. Death with the Mr. Hyde-like cape and hat and I loved his skeleton face makeup. The killer wears the exact same clothes, but instead of makeup, he also wears a skeleton mask, and it is one of the strangest skeleton heads I have ever seen. Very unsettling.

The turn that the film takes at the end is a little hard to swallow for me. There was no indication up until that point that anything supernatural or otherworldly was going on, so it feels completely out of nowhere. They do a neat little thing with Flay's wife's pit of spiders and there's a hilarious "red herring" joke to try to make up for it, but though I totally get the ending, I still can't help but think it's out of place. Maybe a different ending wouldn't have been better. It would have made more sense, though.

Despite any personal preferences, Madhouse gets the thumbs up! Price is always a joy to see and he rules the film just like he always does. Not to mention the fact that he wears beautiful pink pajamas in the film. My goodness, I love him even more after seeing that.

Posted by Michele (TheGirlWhoLovesHorror) at 8:47 PM