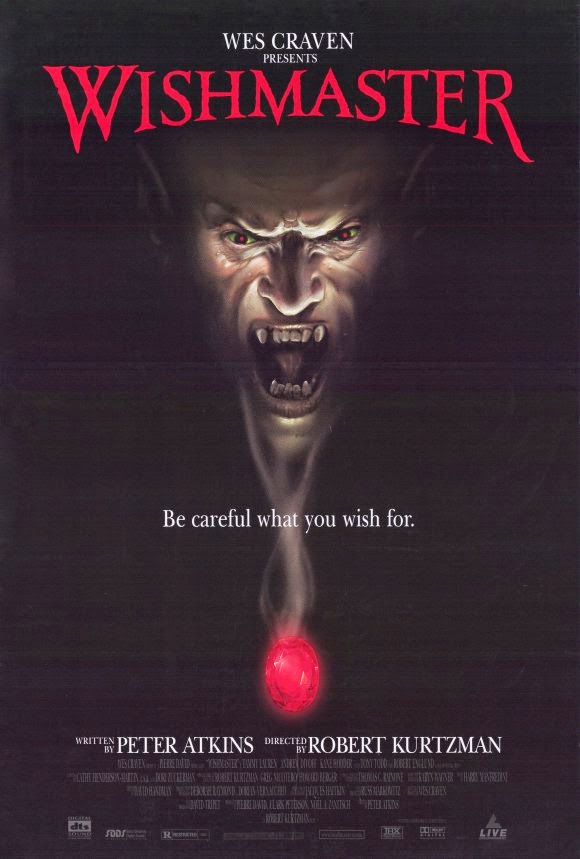 I guess just because a horror film spawned a few sequels doesn't mean that the original was actually good enough to warrant sequels in the first place. This is very true of 1997's Wishmaster, which I had really high hopes for because of the talent involved, both in front of and behind the camera. However, despite some noteworthy gags, the whole of Wishmaster is pretty dull. 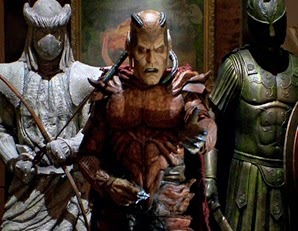 Alexandra, an appraiser at an auction, accidentally awakens the ancient Djinn from the jewel in which it was imprisoned. The Djinn grants wishes in order to collect human souls and become more powerful, but needs the three wishes of the person that awoke him - Alex - to open the gateway between worlds and free the rest of the Djinn to take over the Earth.

The movie was directed by Robert Kurtzman, one-third of the amazing KNB Effects house, so I knew before the movie started that at least the effects were going to be awesome. And indeed the opening scene in ancient Persia where the Djinn mutilates various people is freaking amazing. How could any horror fan not love the part where the guy's skin rips off and his skeleton comes out and attacks people? Sadly, that's probably the coolest thing to see in the whole movie and things pretty much go downhill from there. 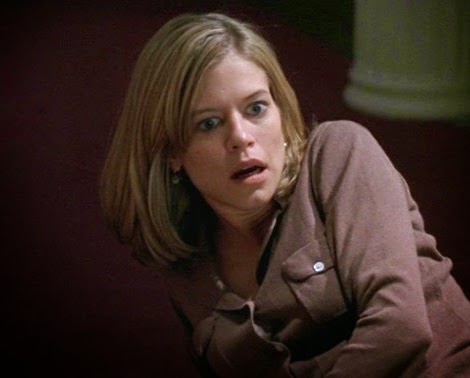 Wishmaster's problem is that it has a great beginning and a pretty good ending, but everything in the middle is boring. Too much time is spent on exposition about the Djinn's history when we already got the basics on that from the text before the credits. There's a decent leading lady in Tammy Lauren as Alex (though she's mostly kind of whiny and weepy) who smartly deals with the cunning Djinn, but the interaction between the two characters is so little that there is never any real tension or fear that she is in danger. Once the Djinn explodes out of the opal gemstone as a mushy little baby Djinn and kills Alex's friend Josh, he just sort of walks around town disguised as some random guy and grants stupid little wishes to random people. Had Wishmaster stuck with the tone of the gruesome opening, I think it could have been much better. 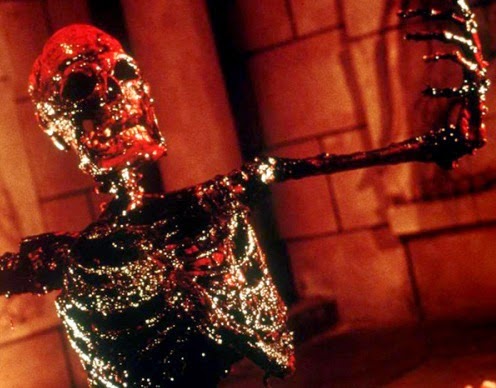 Aside from the skeleton gag, there were actually a few other gore scenes that I enjoyed for the moment. Wishmaster takes most of its storytelling cues from The Monkey's Paw, wherein the wishes that are granted don't necessarily happen the way the wishers wanted them to. Some of the results are lame - a woman who says she wants to stay beautiful forever is turned into a mannequin - and some are pretty cool - the massacre at the police station where one guy gets his jaw ripped off. The two second-best gags happen at the end during a party where, again, all hell breaks loose. One party-goer is decapitated by piano wire with a life of its own; a woman turns into glass and explodes; statue snakes come alive and bite a man's face and twist it around all nasty-like; and another guy gets his face all stretched out weird by a spear going through his mouth. 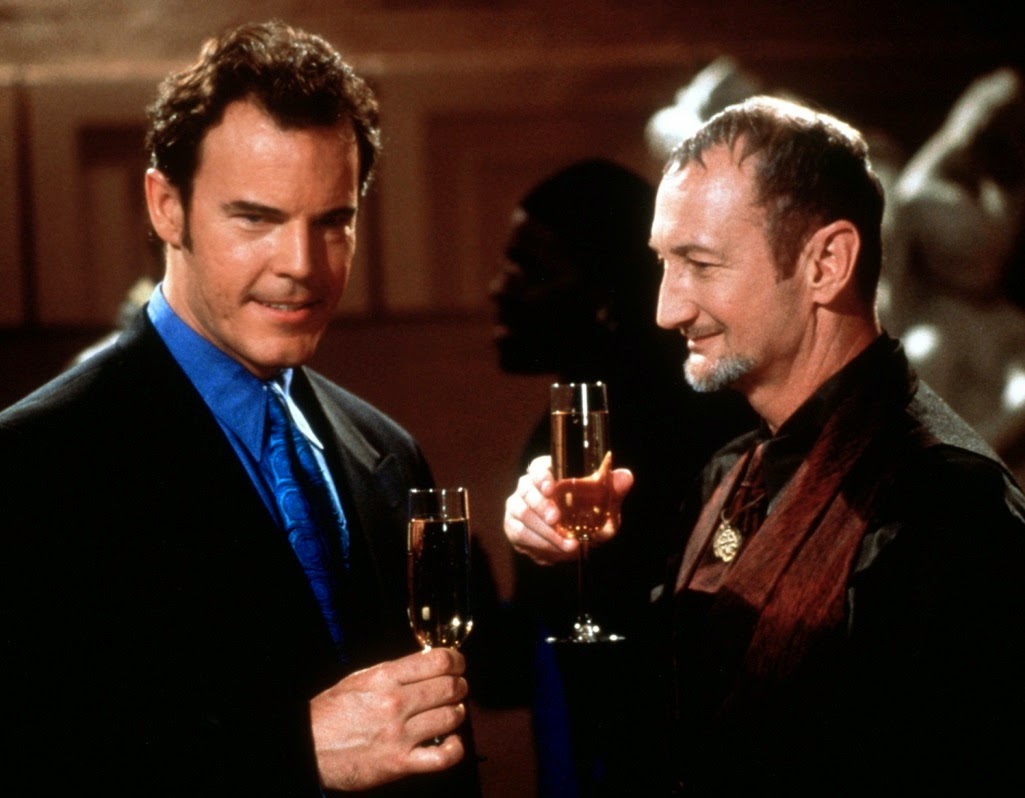 The film can at least boast that it has an impressive cast of actors and horror icons, even if they just make cameo appearances. Robert Englund has the most starring role as Raymond Beaumont, the man who buys the statue where the jewel that holds the Djinn is trapped, and his assistant who bites it right off the bat is a personal favorite of mine, adorable little Ted Raimi. Tony Todd makes a short appearance as doorman Johnny Valentine, and Kane Hodder is a security guard who meets a very strange demise. Kurtzman himself appears as the man attacked by piano wire, and I think that was Howard Berger getting his face smashed in by a mace. The cameos are nice and bring a smile to the horror-lover's face when you see them, but they are not good enough to make the movie any better.

I actually want to watch the sequels to see if they get any nastier than this one, but I don't have much hope. It seems like there is probably a reason why I don't hear the Wishmaster series talked about more often - it's not that great. The Djinn as a villain is a very cool idea and had great potential but this film does not take advantage of that.

Posted by Michele (TheGirlWhoLovesHorror) at 4:53 PM