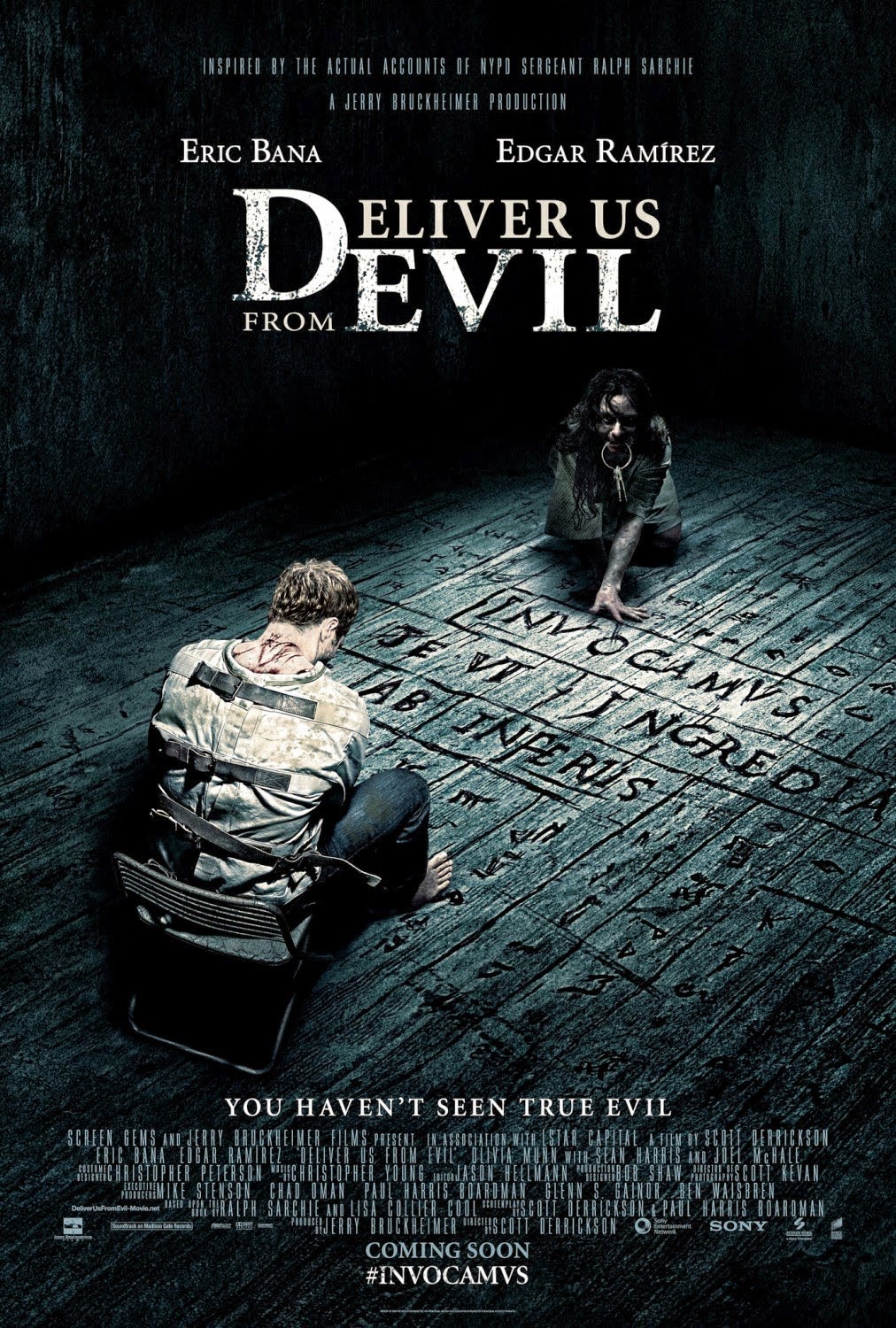 Deliver Us From Evil (2014)
I honestly didn't know anything about Deliver Us From Evil before I was seated in that theater. I only allowed myself to see snippets of the trailers and had read some positive feedback about it. I had hope. But I saw a big red flag before the movie even started - the Jerry Bruckheimer logo. Oh no. Don't get me wrong - I downright love all those cheesy action movies, but that is one production company that I seriously do not trust around horror movies.

And the result proves it - Deliver Us From Evil is definitely a different type of possession film, probably due to it being based on a true story (pfft), but all the momentum it builds up is never released in a satisfying enough way. The New York cop main characters are incredibly cliché and unoriginal to the point of being annoying. The scares are also tired and cliché with only one truly creepy moment in the whole movie (that stuffed owl rolling across the floor); the rest is just a string of weird-ass shit with animals that is not explained and doesn't flow well from one scene to the next. The pacing of the whole movie is off, as nothing really happens until you get to the exorcism scene.

Oh, the exorcism scene. Gosh, I was truly hoping for something shocking and new. Didn't happen at all. Did anybody else think in that one part where the dude stood up and there was all that tension that the demon was going to like, explode out of him or something?! I was, and I wanted it to happen so bad but they completely missed the boat there, and the conclusion of the film after that was just disappointing. 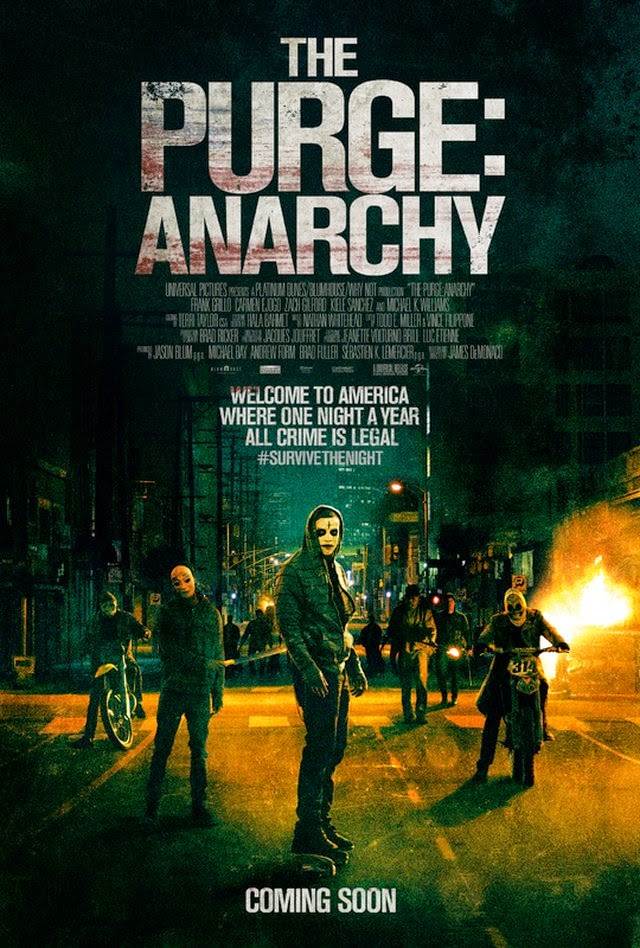 The Purge: Anarchy (2014)
The first Purge film was so-so with me. I loved the concept but did not think that they really explored that concept to its full potential. I was excited for The Purge: Anarchy because it looked like they were going to take a more large-scale look at what happens on Purge night. This sequel follows a small group of people - a mother and daughter, a young couple, and a man on a mission (a pretty obvious mission, actually) - after they are all stuck on the streets on Purge night and must survive pursuit from several groups of baddies.

The characters are quickly set up and pretty likable - I loved that daughter and how spunky she was - and while they're not terribly fleshed out, they're not a bad group of people to spend a movie with. The plot moves at a nice pace with a few surprises here and there - it definitely took a few turns that I wasn't expecting but that I ended up enjoying very much.

Once again, though, the filmmakers seem to have missed the boat on certain plot points. A group exists that is strongly against The Purge, and throughout the film we are shown video footage of them speaking out and saying they are going to fight back. So you would think that they would maybe become a major part of the story and helping these innocent people survive. And yet the group only shows up at the end as a very quick deus ex machina and then poof! they're gone. A little disappointing. I was expecting or hoping for a big fight or something.

Still, I liked The Purge: Anarchy. It's a good sequel, but it just feels like there is still more of the story to tell. Maybe there needs to be a third film; we'll see.

Posted by Michele (TheGirlWhoLovesHorror) at 6:17 PM

Labels: Deliver Us From Evil, The Purge, The Purge Anarchy