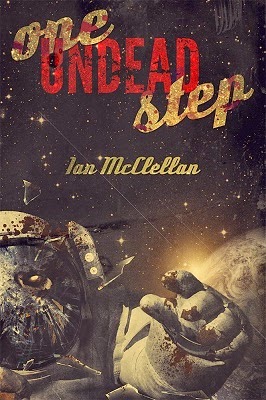 When I first read the synopsis for One Undead Step, I was extremely intrigued and genuinely excited. Most of the recent horror novels that I have read have been about zombies, but this one definitely had the most unique idea that I had heard in a long time. I'm very proud and honored to have gotten the chance to experience this great zombie novel, and hope that author Ian McClellan has much more good stuff in store for horror fans.

The book follows a dual storyline: one with B-movie director Mark Matthews who is pulled out of a jail cell by the military to perform a very unusual task - direct a fake moon landing. Conspiracy theorists have saying for years that the first moon landing was faked, but One Undead Step actually proposes that the reason it was faked was to distract the populace from the fact that America was under attack by zombies. The other plot line follows a ragtag group of civilians - a bar owner, a suburban family, a couple of gangsters, some Army Rangers, and two town drunks - as they get caught up in the middle of the zombie apocalypse in an unknown American city. At first they just have to survive the night on their own, but they learn more about the truth of their situation, the group realizes that it is not just the zombie hoard that they have to live through. 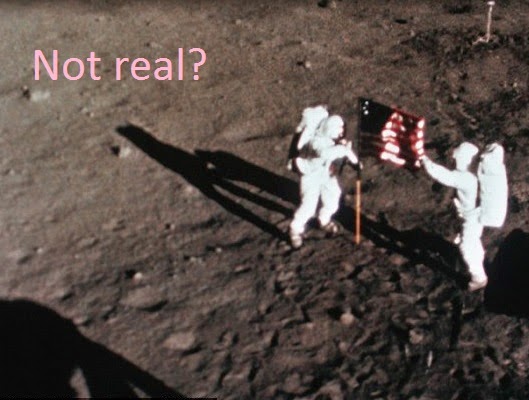 Easily the most attractive aspect of the novel is the rich characters that McClellan has created. The main group is quite large, but each person is given different and distinct character traits so that the reader is never confused or overwhelmed. McClellan also does a wonderful job of giving each person a believable arc in the growth of their characters, as some of them start out very selfish or weak and then genuinely change as the story grows. As you come to know and love (almost) all of these people, the reader might forget what their inevitable fate probably is - if we're staying somewhat historically accurate, no one can really stick around to tell the world about the zombies. The demise of your favorite people are still shocking and hard to take, nonetheless.

It's easy to try to write a comedy, but it's really hard to write something that is genuinely funny. McClellan uses smart, sophisticated humor to help set off the true horror of what he puts his characters through. My favorite bit was about Neil Armstrong, who is actually not mentioned by name, and how he had to be the "star" of the movie and had to have the best line of the script - obviously, the "one small step for man..." famous quote. Hilarious! The "relationship" between Cedric and Gloria also brings about a lot of laughs, as does the inherently funny situation of a bunch of regular people forced to rely on some ruthless gangsters to survive. 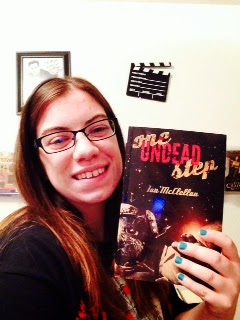 The one thing that disappointed me with the story is that McClellan completely drops the dual storyline about halfway through. He focuses completely on the group fighting the zombies and does not even mention the moon filming until the other story is over. As this was the most unique aspect of the book, it was disappointing that the reader only gets a glimpse of that situation. Mark Matthews and General Baker were two more very interesting characters that I would have loved to spend more time with, but it just wasn't so.

I was also very confused at the inclusion of two random "Zombie Stories" after the epilogue. They were titled as chapters 15 and 19, so were they just pulled out of the middle of the book and put at the end? Why? It completely ruins the flow of the story and makes it seem like the zombie story of the novel actually continues after the end, when it was made pretty clear that it was eradicated completely. This was a mistake in my opinion; the book has a much stronger ending with just the epilogue.

However, I still give One Undead Step very high marks. McClellan truly has talent in this genre, as this book was a highly enjoyable, hilarious and, yes, beautifully gory zombie tale that is fast-paced and fun. Horror lovers will have a fantastic time with this story, which has vivid and rich descriptions of all the disgusting zombie stuff McClellan can come up with, and it is awesome to read every word. Don't miss out on this original tale of the undead!

Posted by Michele (TheGirlWhoLovesHorror) at 7:32 AM