Movie Review: The Bird with the Crystal Plumage (1970)

Whew. I don't know about you guys, but that was a loooong holiday weekend for me. Well, I guess if you don't live in the U.S., you didn't even really have a holiday weekend, did you? Now I just sound awkward. Okay, on to the review. 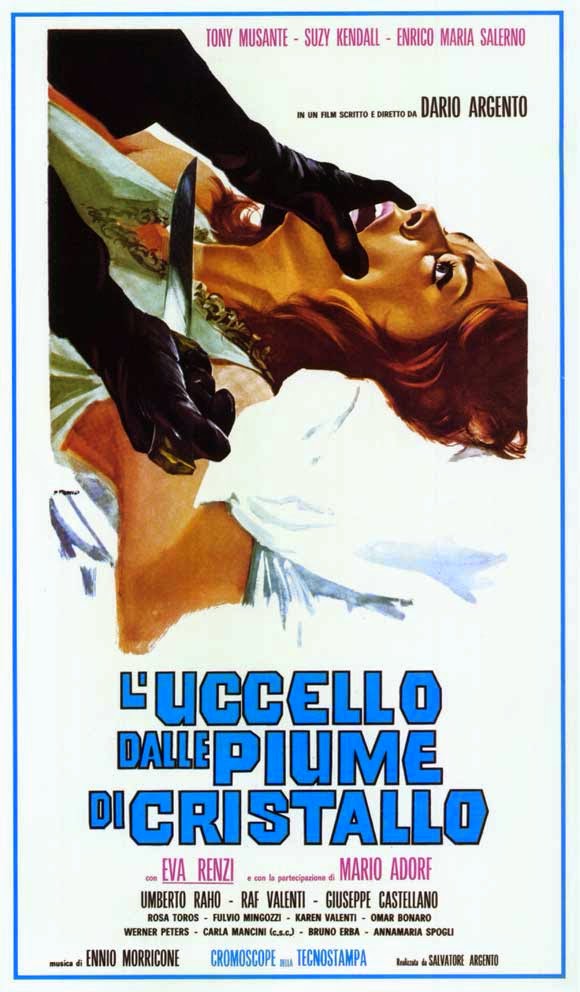 I think now it was a good idea to space out my viewings of most of these giallos. Each new one that I have seen has been like this wonderful little horror treasure that I've discovered for myself. Awesome titling comes into play again with The Bird with the Crystal Plumage, which I was surprised to find out was actually Dario Argento's directorial debut. 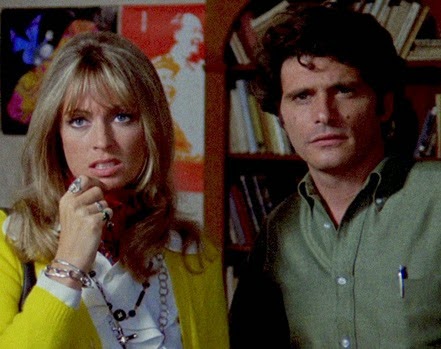 Sam, an American writer living in Rome, witnesses the attempted murder of a woman who is likely the victim of a serial killer that has offed several women in the area. Sam becomes obsessed with trying to find the killer himself, heading up his own investigation into the crimes - and making himself and his girlfriend targets in the process.

The Bird with the Crystal Plumage works because of its simplicity. Not only did Argento begin his directing career with this film, he also wrote it, and the story he came up with is fabulous. It really has that feel of a classic murder mystery, with all the classic plot elements and devious devices you love from movies like it. Not that I'm advocating a remake or anything, but if someone were to do something similar today, they really wouldn't have to change a thing about the major plot points - my sign of a true classic. The only thing I am a bit iffy on is how involved in the case Inspector Morosini allows Sam to be. Granted he kind of does a better job than the police do, but it's still the principle of the thing. 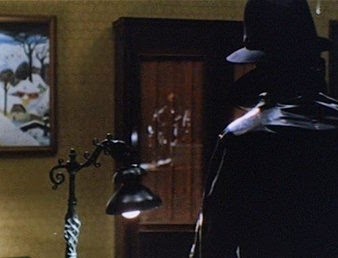 Tony Musante as Sam Dalmas is an attractive leading man in every sense of the word. He is vulnerable, but not weak, and sensitive, but still able to hold his own. His model girlfriend Julia is played by the gorgeous Suzy Kendall, a British actress who only  had a career in the 60s and 70s. At first I thought she was going to be annoying - like a lot of women in these movies who play second fiddle to the hero are - but she ends up being a great character.

I was surprised to find a bit of a humorous element in some scenes. There's a cute little relationship scene between Sam and Julia when she gets mad at him and starts throwing things, and he just laughs and goads her even more. That kind of realism is always fun to see. But obviously the best humorous scene is when Sam goes to visit the painter, and finds him to be just as eccentric as painters are often portrayed as being. Although I don't completely love this scene because eating kittens is so wrong. So very, very wrong. There are also some moments of true suspense that I loved, such as when the killer is trying to get in the apartment when Julia is there alone. My favorite part, though, is when Sam walks into the darkened room of the killer's, not knowing or seeing poor Julia tied up and gagged on the floor. The revealing shot is perfectly framed and a great shock for the audience. 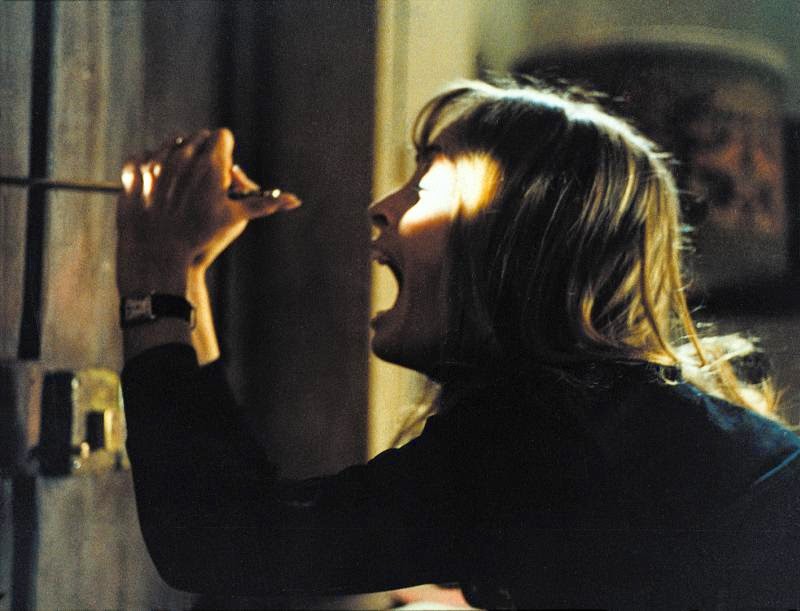 Until the reveal, the killer remains like all typical giallo killers - black gloves and a shiny black raincoat expertly hide not only their identity but also their gender (hint hint!). And for once, I actually loved the killer's motive and the reasoning behind why they did what they did. Even if you think you know who the killer is, I think the movie does a great job of hiding their motive and how everything finally connects in the end. I found it interesting that in both this and Four Flies on Grey Velvet - both a part of Argento's "Animal Trilogy" - it was the very animal in the title that reveals the identity of the killer. And now I want to know if that was intended or not, and if the same thing is true for the last installment of the trilogy, The Cat o' Nine Tails. It's now in the queue!

Sometimes I think it's best to judge a director on some of their first efforts moreso than their later films. The Bird with the Crystal Plumage is a more than solid directorial debut for Dario Argento, who obviously had talent straight out of the gate. It's a perfectly written and executed mystery thriller that gets all the beats right. No doubt another favorite has been born.

Posted by Michele (TheGirlWhoLovesHorror) at 7:32 PM