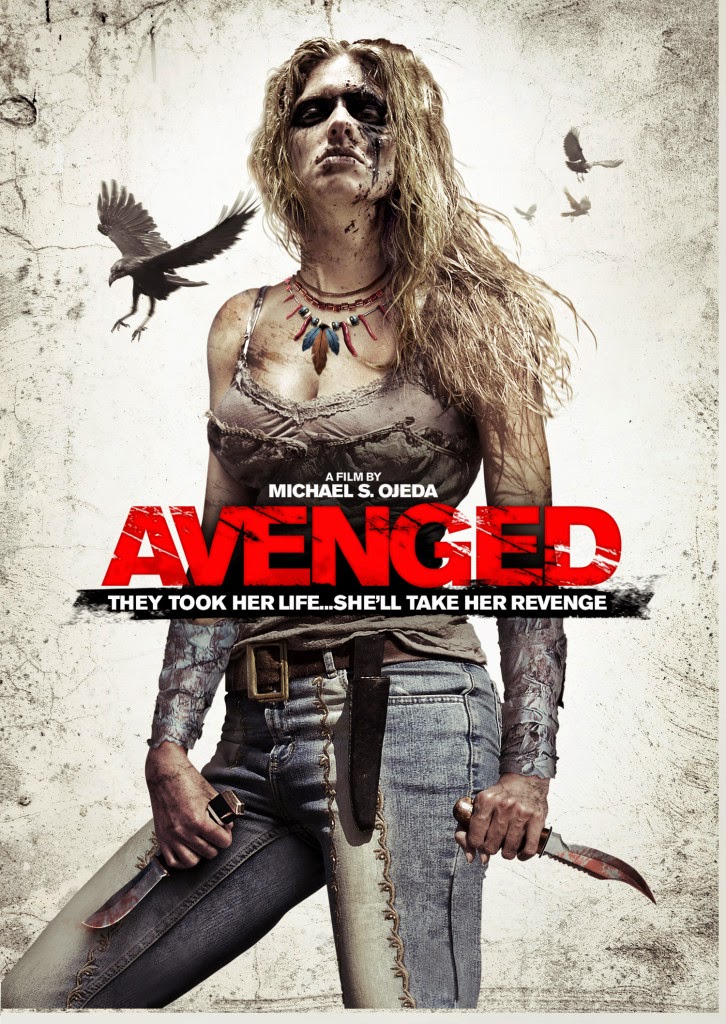 Yet another surprisingly good little flick that came to me courtesy of October Coast Publicity! They really have some good stuff over there. Avenged is essentially a rape-revenge movie, but it is one that is unlike any other that you have probably seen before. It will be in theaters and on VOD on March 6, 2015, with a DVD release on April 21. 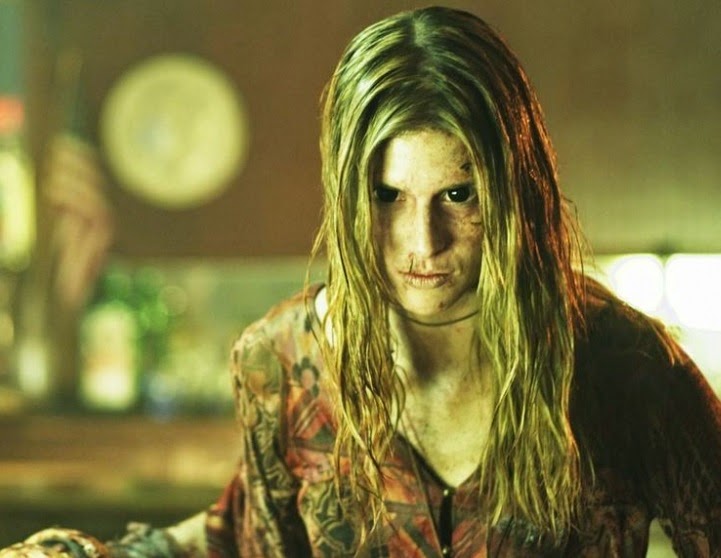 Young deaf-mute Zoe is travelling through the desert to meet up with her fiancé when she is kidnapped, raped, and killed by a group of local hooligans. A Native American finds her body and brings her back to life, not knowing that the spirit of a slaughtered chief has also possessed her at the same time. Using this power, Zoe sets off in her quest to punish her attackers one by one.

If that premise makes you furrow your brow a little bit, please do not be fooled. The film's biggest success is that it sets up just the right tone for itself, and wonderfully carries it through all the way to the end. Avenged never once feels like an exploitation film, never feels cheesy or silly, and never really goes over the top (even when it comes to the gore). Instead the film is moody and sad, slightly depressing but also strangely uplifting at the same time, just because it's always nice to see justice served. 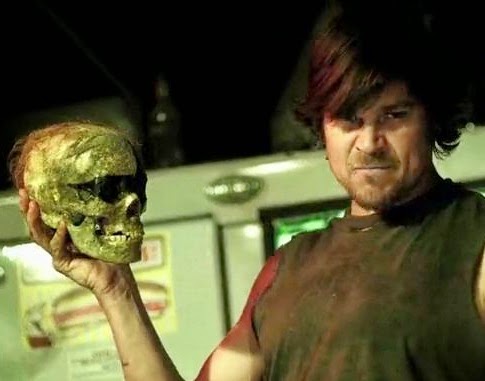 Though at times a little stilted here and there, the acting by the entire cast is impressive. The two standouts for me were Rodney Rowland as Trey, and of course Amanda Adrienne as the lead character Zoe. She does an absolutely amazing job with a role that is entirely physical, having to convey all her emotions and create an entire character through facial expressions and body movement. Even after being reanimated, Zoe retains her humanity and is still in pain over what happened to her - and what is continuing to happen to her - and over the fact that she knows that she will never be with her fiancé again. Again, Adrienne conveys all these things beautifully. Rowland plays the lead bad guy Trey. While his actions against Zoe are despicable, I really liked his acting and his approach to the character. Trey is your average backwoods jerk, and Rowland never tries to make him any more than that - not as a criminal mastermind, or ultra-evil superhero villain. 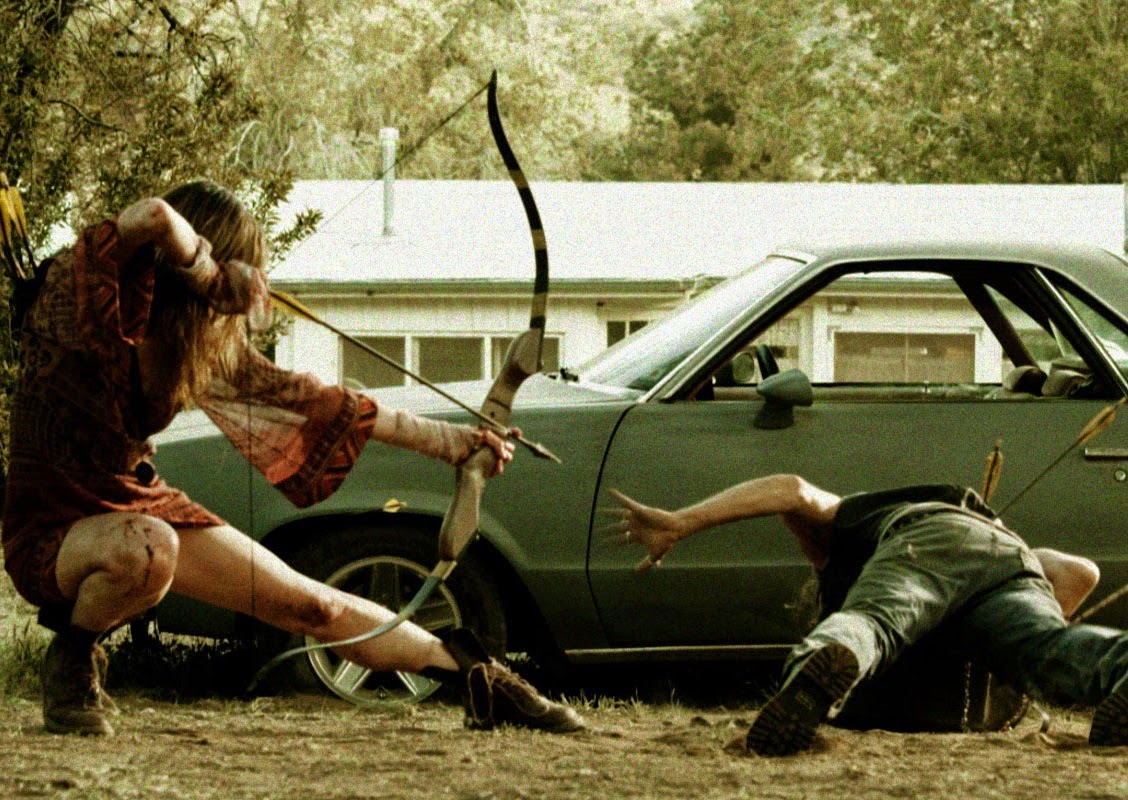 The only time that the movie shows it's low budget is in a couple of scenes where the CGI is not exactly up to par with bigger budget films. There is a particular bit with a TV that really does not look all that great. Other than that, Avenged is filmed absolutely beautifully with perfect colors and lighting that match the film's mood and tone. The gore is a mix of mostly practical effects with some CGI, and they all look great. Zoe's first revenge kill involves treating a guy's intestines like a length of rope, and things don't let up from there. The makeup on Zoe's deteriorating body is equally impressive as the gore, and I loved her ingenious use of duct tape to (literally) keep herself together. There are also some scenes that involve effects of a supernatural nature. Once again, this material is handled in a respectful, serious way and does not come off as silly.

Writer/director Michael Ojeda's Avenged is an impactful, striking revenge tale that hits all the right notes. It is bloody enough to satisfy all those gorehounds like me, but also has a lot of heart and fantastic group of actors playing equally fantastic characters.

Posted by Michele (TheGirlWhoLovesHorror) at 7:10 PM