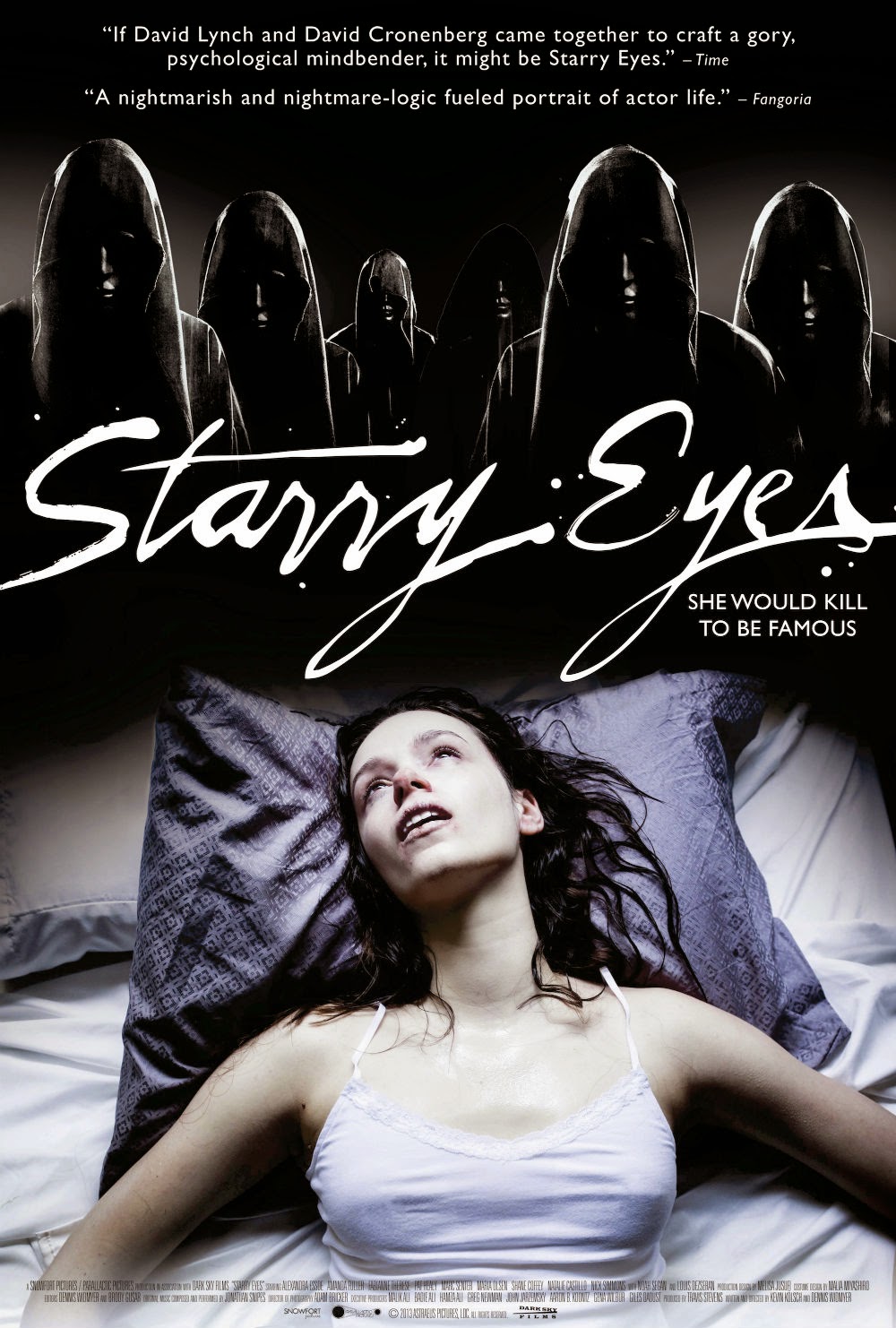 Starry Eyes is another one of those recent movies that I've only heard a shit-ton of stuff about, but didn't actually know what it was about until I started playing the movie. It's a good way to go into movies sometimes, and this one is no exception. I felt a strong vibe of a certain subgenre of horror films, which I am weary to say what it is because it doesn't seem like anyone else feels the same way. 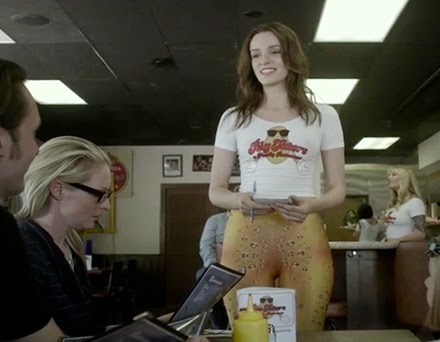 Sarah Walker is yet another one of those fresh-faced aspiring actresses in Hollywood. She works as a waitress at a cheesy restaurant to pay the bills, and has to deal with all her other wannabe actor and filmmaking friends. Sarah learns just how desperate she is for her dreams when she goes on an audition for a horror movie called The Silver Scream, and they seemingly offer her all she's ever wanted...

The story is an age-old and well-known tale, but Starry Eyes takes it to a whole new different level. The movie is a look at the ugly side of Hollywood, and the way that we say some people will sell their souls and their bodies for fame. Sarah's emotional and physical transformation and deterioration becomes a metaphor for this. All the different situations presented in the movie are rather cliché, but I think that was point. There's the negative "friend" who doesn't want Sarah to succeed; the promise of fame in exchange for sexual favors; the day job that is embarrassing and as equally degrading as going on auditions. Sooooo, why does anybody want this life, again? 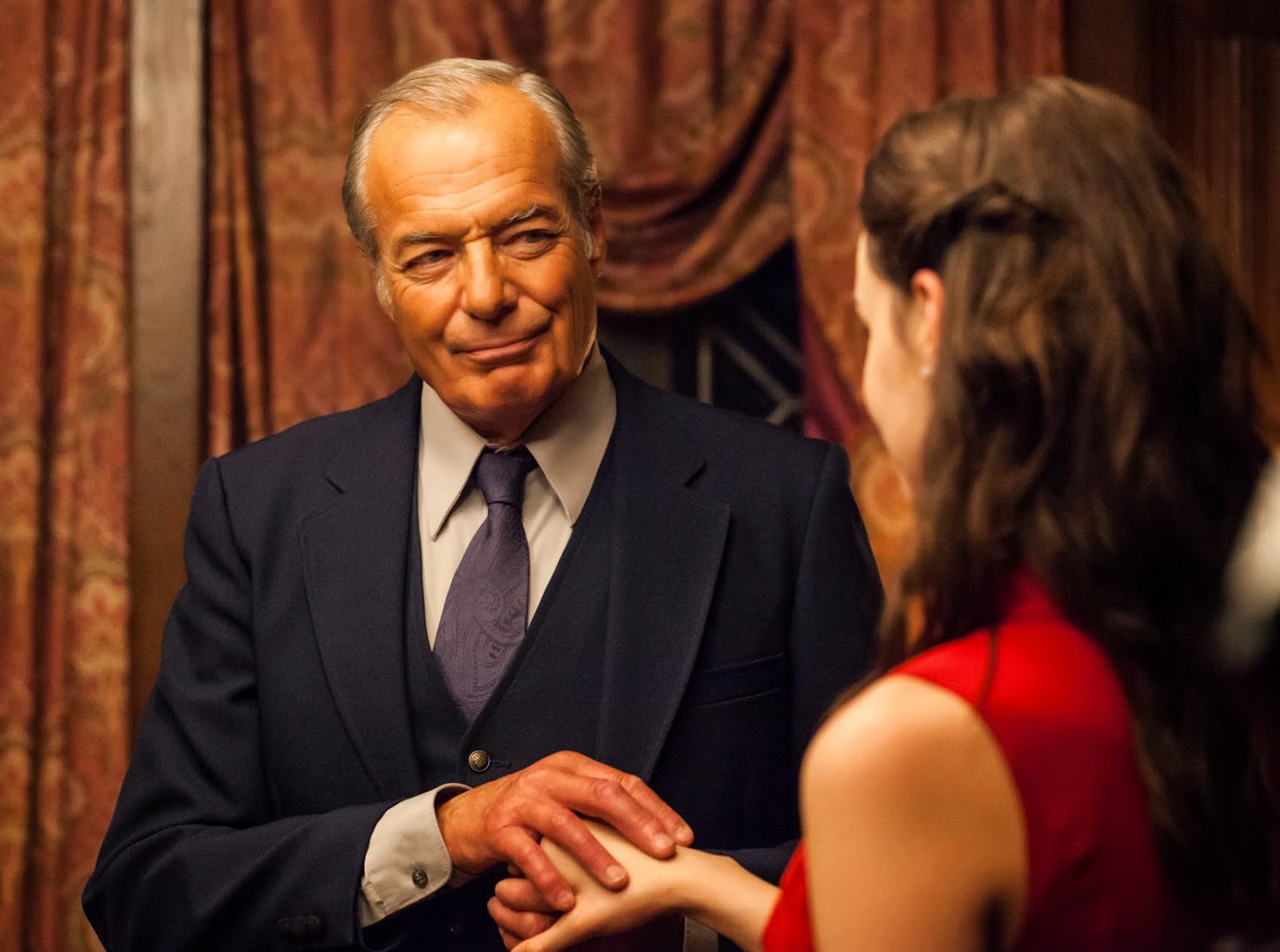 Alexandra Essoe turns out a great performance as lead Sarah. Though the character lacks any real personality and spends most of the film boringly sullen and withdrawn, Essoe plays the other more extreme side of Sarah very well. She's pretty freaky in the scenes where she's going through the character's "fits" that get her the attention of the casting director for The Silver Scream. Louis Dezseran as the producer manages to go from charmingly likable to undeniably sleazy a little too easily. Amanda Fuller plays Sarah's roommate Tracey, and I loved seeing this fine actress again in another role (I also need to see Red, White and Blue again).

What the film lacks in action in the first two-thirds, it more than makes up for in the last act. The body horror stuff that Sarah goes through is definitely gross, but it's actually all stuff that we've seen before - losing fingernails, maggots in places they shouldn't be, blood coming from places it shouldn't. I would have been a lot more shocked at this nastiness if the recent film Contracted hadn't already beat Starry Eyes to that punch, so that was a bit of a disappointment for me. The body horror aspect, however, pales in comparison to Sarah's "final sacrifice." It is incredibly bloody and violent, although not at all surprising since the whole movie seems to be building up to it. Don't really want to spoil too much but there is a certain dumbbell head-bashing that was particularly awesome, so I have to give out my props for that. 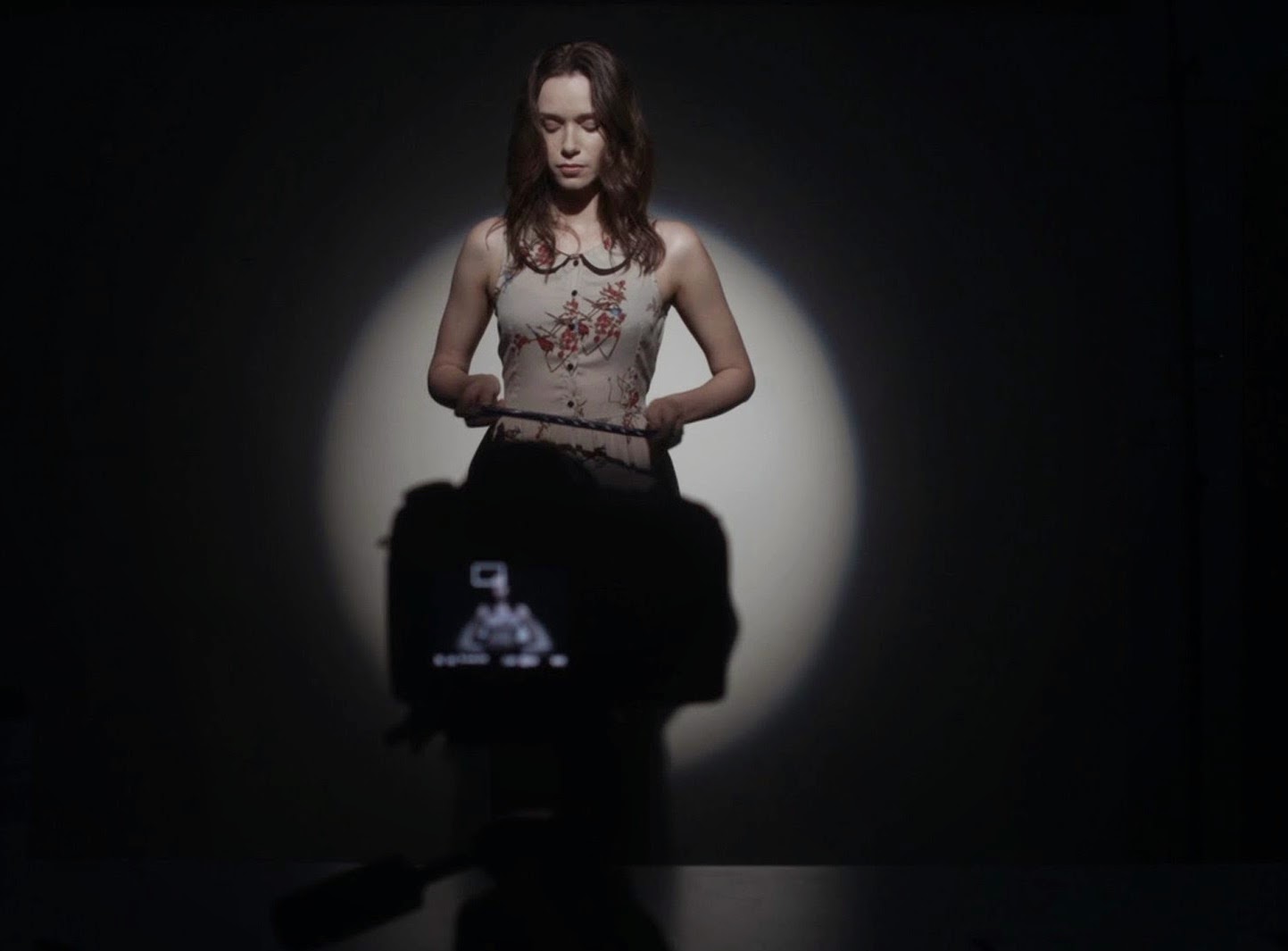 Okay, so I said earlier that this movie gave me some real vibes that it was really about something else. So am I the only one who thought that the Astreus cult was going to be werewolves? Some of the things that physically happen to Sarah in the movie don't support this at all, but I still couldn't ignore the clues I was getting: the pentagram necklaces and imprints on the members' hands; the continuous shot of the spotlight that resembled a full moon; the shot of Sarah with sharpened teeth, yellow eyes, and blood in her mouth; the way she could smell Tracey's blood; and the casting director's comment about "transforming" herself. I know that in all probability I am completely wrong but somehow my own strange hypothesis makes more sense than just your average Satanic cult that never explains its purpose.

But even if my Starry Eyes theory is wrong, I don't think I'm wrong in saying that this movie is definitely one to see. It is beautifully shot with some very cool and trippy imagery that will likely stay with you for a while after watching the film.

Posted by Michele (TheGirlWhoLovesHorror) at 7:15 AM