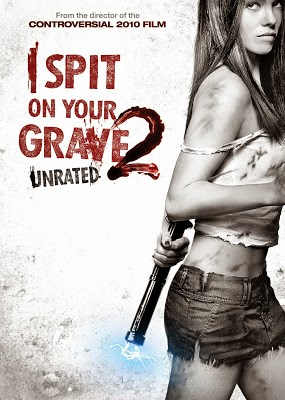 I'm a fan of the original I Spit on Your Grave in the sense that I respect it and the filmmaker for what he was trying to do. I respected it enough to be more than a tad disappointed at the 2010 remake, which was fantastically brutal, but I felt it focused too much on inventive revenge rather than the victim's feelings. Though I didn't really have much interest in I Spit on Your Grave 2, I knew I would eventually watch it because my sick mind loves movies like this. And what did this little sequel hold for me but a big surprise. 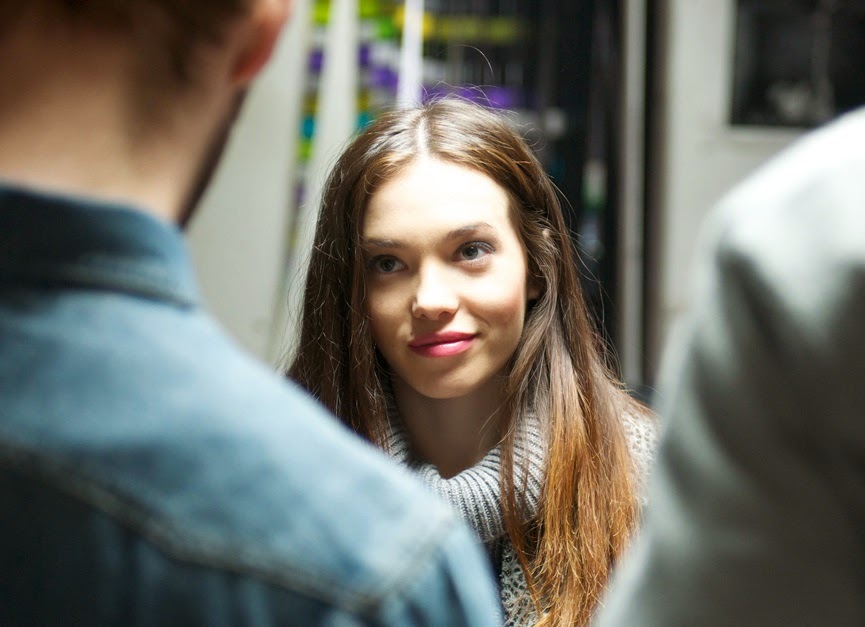 Katie is an aspiring model who visits a photography studio one day to have some pictures taken. She immediately leaves after refusing to pose nude, but when one of the men follows her home, things only turn more and more horrific as Katie is kidnapped, and brutally raped and tortured by several men. They bury her alive but Katie miraculously survives, and hashes out a plan to get her bloody vengeance on all those responsible for hurting her.

Again, I'm really surprised at how much I liked this. I thought I knew exactly what I would get with a straight-to-DVD sequel to a remake of a controversial 70s exploitation flick - but I ended up being wrong in some aspects. The sequel definitely cashes in on the gritty reputation of the series, as the rape and revenge scenes are very graphic and disturbing, but somehow the feel of the story is different. I think it was the side story with the priest and the police officer that made everything a bit easier to deal with for me. It was actually wonderful to see, for once, in a rape-revenge movie that not all males are evil - that most of them would be appalled to know of the things that happened to this girl. 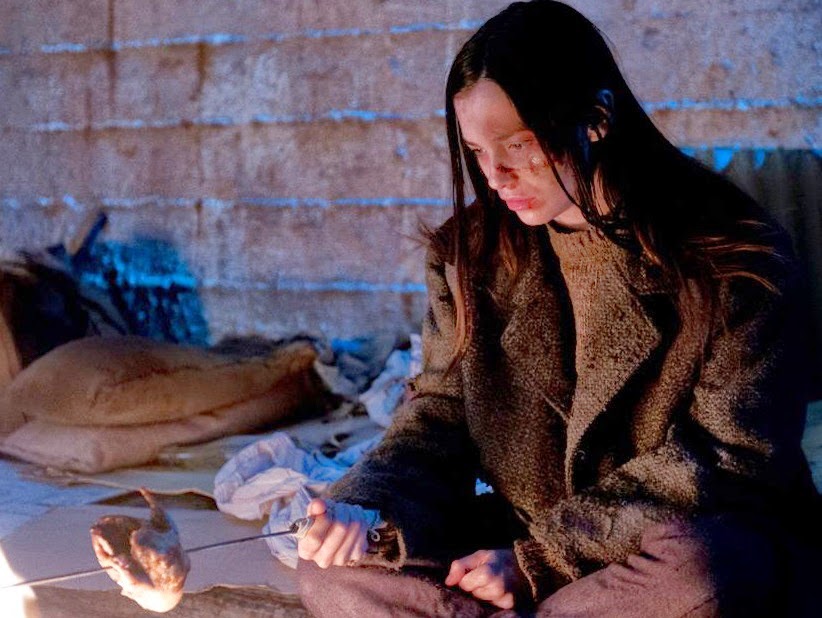 Jemma Dallender is absolutely wonderful in the lead role of Katie, a role that is incredibly difficult on several levels. She had to go from being a happy, normal woman, to one going through unthinkable pain and suffering, to one made almost crazy and violent by what she has been through. Her voice, especially when she is screaming, is almost child-like but at the same time so raw with emotion that it hurts to listen to her cry and scream. When she has to go into hardcore killing mode for the revenge, she excels. They also gave Dallender the same basic look that Camille Keaton made famous in the original ISPOYG - with the long, long hair parted down the middle - and I really like that as a nice homage or common thread between all the movies. The title also appears on the screen in way similar to the previous entries and that was nice to see as well. 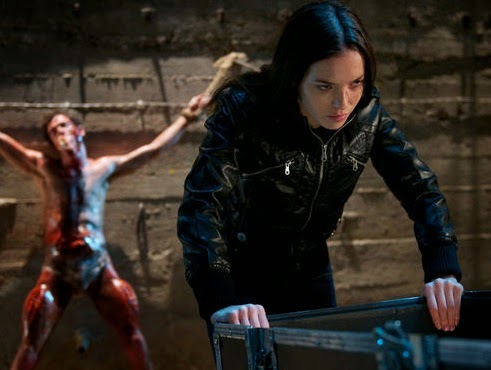 I do question the character of the police officer in Bulgaria a little bit. He really does fuck-all to help Katie when she first escapes, or at least doesn't seem all that experienced in dealing with rape victims. He says her story is implausible and that she seems to be on drugs, which is why she doesn't want to go to the hospital. Okay, a couple things about that. Has he never heard of the international sex slave trade where women are drugged and taken to other countries? Does he not know that a lot of rape victims refuse medical attention because they don't want to be violated again? I'm not saying that he wasn't sympathetic toward what happened to Katie, it's just that his thoughts did not match his actions. 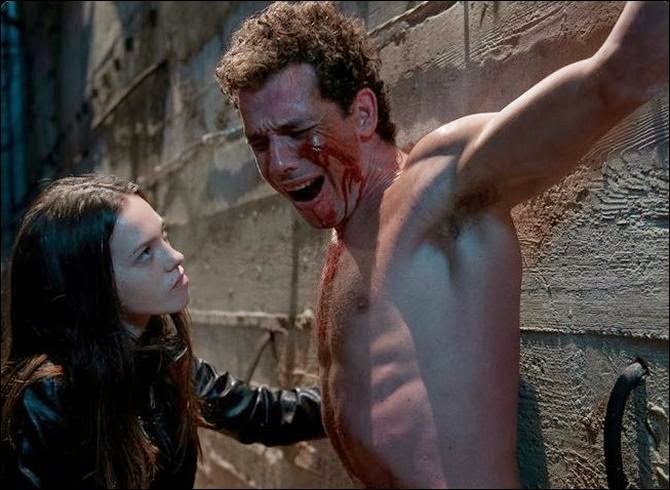 The violence is disturbing to say the least - at one point I even questioned if they had gone too far. The first rape is a long and graphic scene, and things only get worse from there. Katie is pissed on by one of her rapists after asking for water to drink, she is violently beaten about the face for no reason, and endures several shocks to the body and genitals by a cattle prod. Her kidnappers sell her to a disgusting, fat sadist to do whatever he wants to her for a while, and though you never see what he does to her beyond the cattle prod, it is probably most shocking to see her in the aftermath, lying on the dirty mattress in the fetal position with a huge amount of blood on the insides of her thighs.

This is all so messed up that I was somewhat pissed off that cattle prod asshole did not get the worst of Katie's revenge. Again, she does things to the perpetrators that are similar to what they did to her. The guy who pissed on her gets drowned in some more piss and shit, and that was probably my favorite one because for me, the pissing on her was almost worse than anything else that happened. As weird as that sounds, it just seems absolutely disgusting and the ultimate humiliation - a show of the character's complete lack of respect for others. Cattle prod asshole should have gotten what the leader of the rape pack got in the end - a brutal and uncut scene of his balls getting smashed in a vice. Now, how all this was accomplished by a girl living with nothing in the sewers of a foreign country is hard to believe at times, but if you're worried about that stuff by this point, you're watching the wrong movie.

I absolutely love revenge films and I have to say that I Spit on Your Grave 2 is surprisingly a nice entry into the genre. It is ultra-violent and difficult to watch, like these movies should be, but a wonderful lead actress carries the film well, and the shift in location and circumstances bring something new to the series. It is definitely not one for everyone, though, so watch at your own risk.

Posted by Michele (TheGirlWhoLovesHorror) at 5:07 PM