Over the past four years of blogging, I have discovered an untold amount of movies, filmmakers, books, and authors that I probably never would have before. One of my favorite discoveries has been Scott Kenemore, the expert and auteur of everything zombie. All of the eight books he has penned have been about zombies.

I'm most familiar with his three novels - what are coming to be known as the "Zombie State" books because they all take place in different states during the same zombie outbreak. Following Zombie, Ohio and Zombie, Illinois is Kenemore's latest novel, Zombie, Indiana which will be available in just a short time - May 6, 2014.

Scott was kind enough to be the subject of this blog's first official interview (!) in honor of the release of Zombie, Indiana. 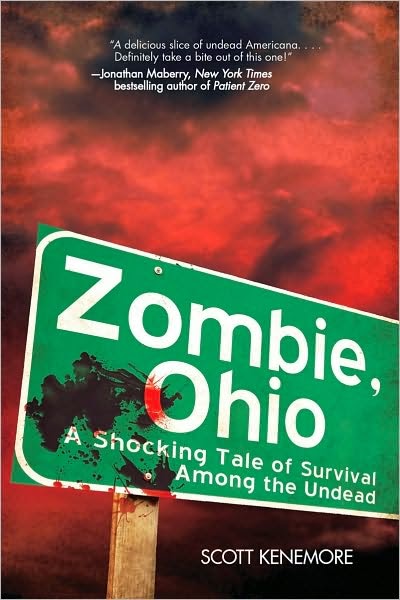 First of all, a fairly obvious question: why the obsession with zombies?

Zombies have always been my favorite monster because they seem the most pragmatic. The least pretentious. Blue-collar. Dead bones and ligaments come back to life, ravenous. And... that's it. Full stop.

In a zombie story, there aren't going to be long, handwritten invitations on delicate uterine vellum to exotic, crumbling castles deep in the Carpathian Mountains. Zombies are impersonal and universal. Teeth-gnashing death is suddenly going to be everywhere, and it's going to impact everyone. That's a different sort of feel entirely. In a way, I think, one could make the case that zombies can bring us the closest to cosmic horror of any traditional monster, because, in a zombie story, it's not just about creating a fear that a monster might hurt one, particularly likable protagonist. Rather, the presence of zombies (usually) posits an entirely new reality that can be scary in all kinds of ways. (And that scariness arises apart from whether or not the protagonist is particularly endearing or charming.)

What made you choose the states that you have so far for the Zombie State books? What makes them special?

The short answer is that I've lived in them. I've lived for two or more years in Indiana, Illinois, Iowa Ohio, and Michigan. Perhaps because of this, I think I'm able to detect small regional differences that other people might overlook. (To folks in New York City - where I have also lived, by the way - the states in the Midwest can seem identical or interchangeable. My experience tells me that there are subtle - but nonetheless real - differences of character and temperament that separate Iowans from Illinoisans from Hoosiers, and so on. These differences are, at least to me, fascinating.) 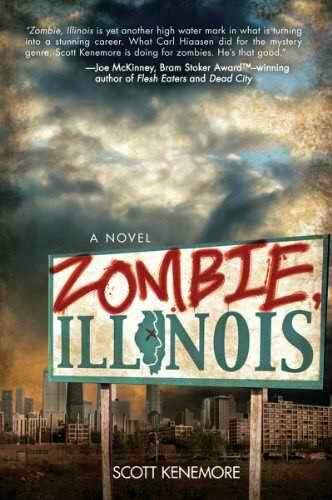 What further plans do you have for the Zombie State series? Do you have an ending or bigger picture in mind?

What kind of research did you do on each of the states before you started writing?

Each of my novels has some connection to my actual life. The first, Zombie, Ohio, takes place entirely in Knox County, Ohio where I attended Kenyon College for four years. (My class year at Kenyon, 2000 [I'm old], was ridiculously good for writers. John Green is the bestselling author of my generation, but we also had Dan Torday, Scott Carney, Ben Keene, and Chris O. Cook - who aren't slouches either.) With Zombie, Ohio, I was interested in using zombies to explore the tensions in the "gown and town" relationship, and how it might be impacted by a disaster like an undead outbreak.

Then in my late twenties and early thirties, I worked in community development on the south side of Chicago. Zombie, Illinois was my way of thinking about the forces that I saw impacting our poorest communities, and wondering how those forces would change with the onset of a zombie plague. Would corrupt local politicians become more corrupt, or less corrupt? Would the preachers and ministers I worked alongside in community development become more pious, or less pious? Zombie, Illinois was also an attempt at a study of neighborhoods, which is sort of a tradition in Chicago writing. (For folks who do it right, read James T. Farrell, Nelson Algren, and Mike Royko.)

My new novel, Zombie, Indiana, was inspired by two things. The first was my own boyhood in the Hoosier state. Many (perhaps most) of the finest men and women I've ever known have been from Indiana. Greg Foote, my English teacher at Brebeuf High School, to whom the book is dedicated, is just one example. Yet despite the ability of the Hoosier state to foster top-notch people of remarkable character and perspicacity, growing up in Indiana there was often this feeling of stern humorlessness that seemed to underlie everything. Have fun, but not too much fun. Be creative, but not too creative. you were given the sense that the way to succeed was to put your head down, work hard, and never question what you were told. Do whatever the basketball coach said. One of the protagonists of Zombie, Indiana is someone who succeeded in that environment; he's a former basketball star who always obeyed his coaches and bosses without question. I was interested in how someone like that would fare in a violent zombie outbreak where authority figures would suddenly be either useless or nonexistent, and some very original thinking would be called for.

The other inspiration for Zombie, Indiana was watching Mitch Daniels's response to the State of the Union address on television back in 2012. The inner psychology of such a man is a riddle for the ages. I sought to plumb its depths with Zombie, Indiana, but - alas! - in my 300+ pages, I fear I have only scratched its surface. 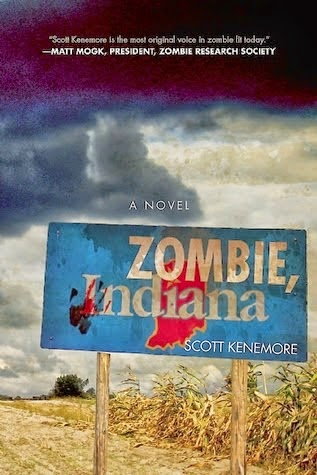 What movies, books, TV shows, etc. have been your biggest influences for creating your zombie stories?

My favorite zombie movie of all time is Dan O'Bannon's Return of the Living Dead. It uses zombies to create a rollicking sense of fun, while still delivering the gore and chills that horror fans demand. (And I think James Karen gives the flat-out best performance of any zombie movie ever.) I also really like George Romero's films - especially the criminally underrated Survival of the Dead - and the "Homecoming" episode of Masters of Horror.

There are too many good zombie writers working right now for me to name them all. (We're in a golden age!) But some of my favorite contemporary books and stories have come from David Liss, Joe McKinney, and Kelly Link. Terry Pratchett's zombies are pretty cool too, especially Mr. Slant.

In addition, I like a lot of writing that is not explicitly zombie-related... but still feels very zomb-ish. H.P. Lovecraft never, to my knowledge, uses the z-word. But the Louisiana swamp rituals in "The Call of Cthulhu," the animal-head mummies in "Under the Pyramids," and the burying-ground ghouls in "Pickman's Model" all feel very zomb-ish to me. (I'd put lots of Clive Barker's stuff in that category as well.)

Reviewers seem to love the humor in your books. How do you create something that is so universally understood and hilarious?

I think zombies are inherently funny because they don't see their own limitations. (It's like how a dumb guy is sort of funny on his own, but a dumb guy who thinks he's really, really smart is hilarious.) Zombies don't understand that missing limbs, illiteracy, and a top speed of two miles per hour ought to be humbling handicaps for a monster. That's the charm. 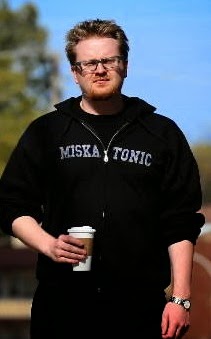 Zombie, Indiana doesn't have the same kind of nihilistic feel that most zombie stories do - rather, it is uplifting and hopeful. Do you think this is really possible if such a thing were to happen?

I don't find a lot of creative inspiration in nihilistic zombie stories. (Other writers can have that real estate.) Personally, I think almost all stories are stories of someone hoping for something good to happen, and then trying to make it happen. I think if there were ever a real zombie outbreak, I would stay pretty hopeful.

You are from Indianapolis (right?). Is Zombie, Indiana more personal than your previous books?

I identify as being from Indiana because I went to middle school and high school there.

I don't know if Zombie, Indiana is more personal than my previous books, but it's definitely unique. It covers more square footage, too. You see a lot of the state.

What do you hope readers learn or get out of the Zombie State books?

Well, obviously, I hope they enjoy themselves. But maybe I also hope that it makes readers think about how they could use a narrative device like the walking dead - or whatever fantastic element they find interesting - to tell the story of their own part of the world, in whatever creative medium they choose.

For example, sometimes I'll be talking to an aspiring writer, and they'll say something like: "I feel like I want to write a novel, but everything's already been done before. Every story's been told."

And I'll be like: "Yeah? Where did you say you were from, again? Oglesby, Illinois? Never heard of it. I have no clue what that place is like. I can't picture it on a map. I can't picture the landscape. I have no idea what the people there are like.. but you do. So tell me that story. How would Oglesby react if it was tested by zombies, or werewolves, or trolls, or unicorns. Tell me about that. That's  your story."

I want to thank Scott Kenemore so much for this interview. He really is the kind of author that I think all horror fans would love and instantly cling to because of his obvious love for the genre.

Again, his new novel Zombie, Indiana will be released on May 6, 2014. Be sure to go out and get your copy!

Posted by Michele (TheGirlWhoLovesHorror) at 8:33 PM