Indie Movie Review: They Will Outlive Us All (2013) 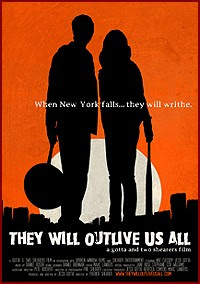 This has been one of the coolest things about having this blog - independent filmmakers and new authors send me their books and movies to review to help spread the word about their work. In return, I get to discover new entertainment that I might not otherwise have even known about. From "a gotta and two shearers" comes They Will Outlive Us All, a horror comedy that shows tremendous potential from all involved, and one that any horror fan can appreciate and enjoy. 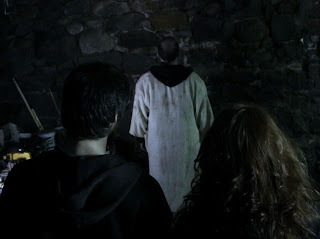 Set in 2016, They Will Outlive Us All follows roommates Margot and Daniel as they try to escape the desolation that has become of New York City after a wave of devastating hurricanes by hiding out in their apartment, drinking booze and watching movies. Three strange deaths have occurred in their building and the arrival of an unwelcome visitor finally get them off their couch and fighting for their lives!


First of all, love the title. If you get the reference, then you should have a good idea as to what the movie is about. It's nice to see independent filmmakers do something outside the box for a feature instead of going with what's popular at the time. Forget zombies - let's do giant mutant cockroaches! You could even take it so far as to being a comment on the whole man's influence and on nature thing but we can leave that for another time. 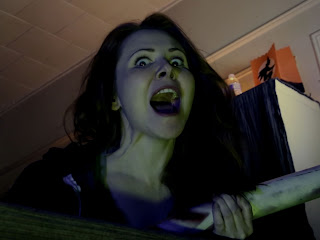 One thing I was immensely impressed with in this movie was the acting by the two main characters. Many times in indie movies, the actors' performances can seem too forced, or they don't know how to talk and pause naturally. Nat Cassidy as Daniel and Jessi Gotta (also a producer and writer) as Margot had no problems at all acting like two roommates who know each other well and were incredibly comfortable and natural around each other. Their comedic timing and delivery had me laughing many times throughout, and the little quirks that the characters were given had a wonderful way of coming around at the end in both a funny and heartwarming way. By the climax, things become less about big roaches and more about the relationship between these two people, which I actually found to be really sweet. 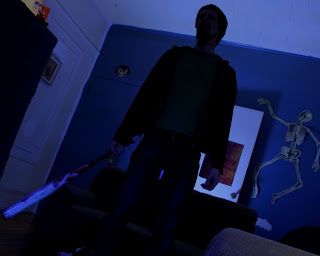 Also impressive is the direction and camerawork which is fluid, artistic and at times quite inventive for the director having to film in such a small space (almost all the scenes are in Margot and Daniel's tiny Brooklyn apartment). There's one really nice day-to-night transition from the window and lots of different camera angles to keep the action and the story interesting and different in every scene. The lighting matches the apparent dark and depressing world that the characters live in, with tints of blue and green to make it look more bleak. 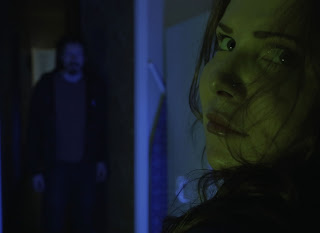 Whoever got the job of cockroach creating and puppeteering must have had a good time. The roaches (C.O.U.Ss - Cockroaches Of Unusual Size... absolutely love that) look pretty good for what they are, and the somewhat crude appearance of them actually adds a lot to the comedy element of the film. One of the best scenes is when Daniel traps the roach in a bag, it flails around for a bit while Margot tries to hit it with a baseball bat, and then it drags both of them down the hallway. I'm not so sure about it being able to be flushed down a toilet, but I guess they had to leave the big kill for the movie's climactic scene.

They Will Outlive Us All is a wonderfully shot and acted feature worthy of standing beside any other comedy horror out there. It's a tad short at only 73 minutes but that doesn't matter - I watched it twice after receiving it and thoroughly enjoyed it both times, actually wanting more by the time it was over. If you get the chance, don't miss seeing this one!

For more information on this movie and other productions the cast and crew are involved in, go to www.theywilloutliveusall.com.

Posted by Michele (TheGirlWhoLovesHorror) at 5:00 PM

Labels: animals run amok, independent, They Will Outlive Us All