Right off the bat: To all the horror-loving people reading this, you have to read this book! No excuses. I honestly haven't read that many books about films in general, but reading Shock Value

taught me something. You owe it to yourself as a horror fan to not only learn from and study the films themselves but to also verse yourself in the entire story behind some of the most influential ones in order to fully appreciate what they mean and why they are so important. And Jason Zinoman does all this and more in this fantastic book that is a must read for anyone who considers horror to be a part of their life.
Thus begineth the review.... 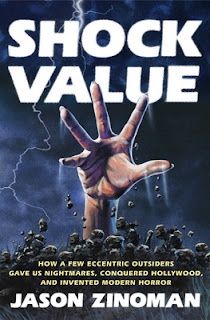 Ask horror fans what the most influential era or decade for American horror films was and most of them would say the 1970s. It was the beginning of a new age for the horror film when the classic monsters like Frankenstein and the Wolf Man were replaced with a new kind of monster - people. Real horror can occur next door or in our own homes and be perpetrated by any of the people we meet in the world. A crop of young directors were able to tap into this sad new reality and hit American audiences with their take on horror films - the likes of which had never been seen before.
Author Jason Zinoman brilliantly explores this cutting edge era of filmmaking in his book Shock Value. He singles out the few independent directors and filmmakers and their classic influential films to explain how they brought in the age of New Horror, replacing the campy monster movies of previous decades. The big names are all here: Polanski, Carpenter, Romero, Craven, Hooper, etc. Despite, in some cases, being vehemently attacked by critics and audiences for what they had created, these directors and their films truly stood for something important - saying things that needed to be said and showing people horror in an honest and truthful way. With these films, horror suddenly became art while still having the power to scare the crap out of audiences. 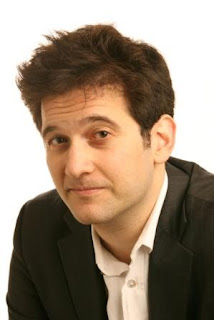 Each chapter is a broad and at the same time in-depth overview of specific movies from the era, starting with Rosemary's Baby

and ending with Alien

. Zinoman has done his research here with tons of new interviews and stories about how movies like The Last House on the Left

came to be. I thought I knew most of the backstory to these films already but Zinoman not only explores the influences of the filmmakers but also explains how low-budget indies became national phenomena and are still talked about to this day.
This is what stood out the most to me about Zinoman's book was the insane detail he puts into the background of the films and their creators. Some of the stories I've heard before, as they are part of the iconography of certain films, but a lot of it was complete news to me. And to me, these are important stories to know to fully appreciate these movies especially if you weren't lucky enough to be around in the 70s like me. 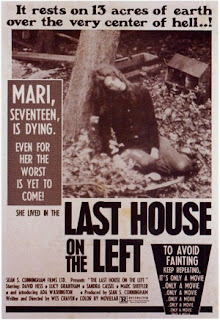 It's amazing to think how some of those classic scenes and the way we think about these classic films could have been just happy accidents. The cultural and political implications of Night of the Living Dead

were unknown to director George Romero until it was pointed out by people seeing it for the first time. Who knew that a love for actress Marilyn Burns and a Mafia made man were elements that helped get The Texas Chain Saw Massacre

into theaters? And was it essentially a good thing that the relationship between John Carpenter and Dan O'Bannon fizzled out because they eventually both went on to make two of the biggest movies of the decade?
Sidenote: The whole discussion of O'Bannon and Carpenter was a complete shocker to me. Get this: I didn't even know who O'Bannon was and what his contribution to horror was. The most interesting story out of the whole book to me was how O'Bannon came up with the alien-bursting-through-chest scene from Alien

and how it was related to a very painful stomach condition he had through most of his life and is what ultimately killed him. A simple scare like that, influenced by the creator's own life, is just the kind of thing you need in a horror film to touch a nerve with everybody who watches it. 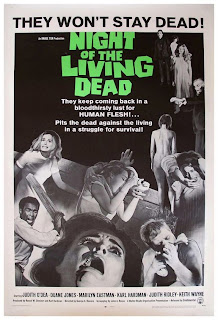 More than just a brilliant researcher, Zinoman also has some fabulous insights of his own about 70s horror. These were the most enjoyable parts of the book for me as a book about simple facts would have been boring. He gives you the lowdown on the who, what, where, why and how, and then he'll hit you with the most amazing analyses, thinking about these movies in ways that I've never thought of before.
For instance, I always thought that Psycho

was considered as the birth of the modern slasher but Zinoman gives a strong argument against that, pointing out Psycho

's only flaw. Unbeknownst to me, many people did not like the ending to Psycho

when the doctor explains Norman's psychosis. Remember: "It's lot scarier when there's no motive." Zinoman ties this into his work by pointing out that aside from fairy tale monsters being replaced by people as the villains in horror movies, many of the villains had no real motive and were non-discriminatory killers. And that element from New Horror is still used in today's films. 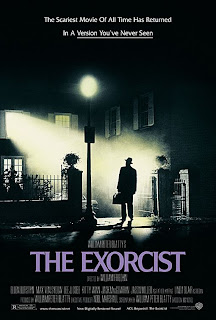 While I think Zinoman explores the first two points of the subtitle for his book well - how these movies shocked audiences and educated people about how influential independent movies could be compared to Hollywood movies - he seems to skip over the last part about "inventing modern horror" too quickly. His mention of modern horror movies in the last chapter is a little hurried, and I didn't really get a clear idea of what his take on modern horror was, or how it relates to or has been influenced by 70s horror.
In fact, Zinoman's mention of only a few modern horror like Hostel 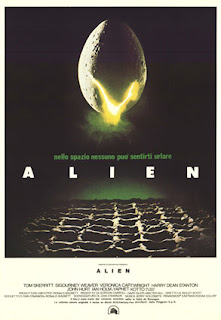 There's also a great "where are they now" chapter talking about each of the major players mentioned in the novel. Zinoman talks about the successes and failures they had after their most popular movies came out and what they've been doing up to this point.
This book was truly a pleasure to read in every way. It was fascinating and funny, informative and insightful. I was very lucky to have been contacted to do this review and get an advanced copy (it's available now, but it was advanced when I got it) otherwise I might never have found this book. It is definitely a must-read for any fan of the genre, whether you think you know it all about these movies or not. I bet even the most die-hard fanboy or girl will find some new fact or story and will learn to love their favorite movies even more. So I salute you, Jason Zinoman, for opening up my eyes and my mind to look at this fantastic era of American horror in a fresh new way.
Shock Value: How a Few Eccentric Outsiders Gave Us Nightmares, Conquered Hollywood, and Invented Modern Horror

is available now! Pick up your copy and be sure to read the other reviews on the book tour going on now.
Posted by Michele (TheGirlWhoLovesHorror) at 6:05 AM