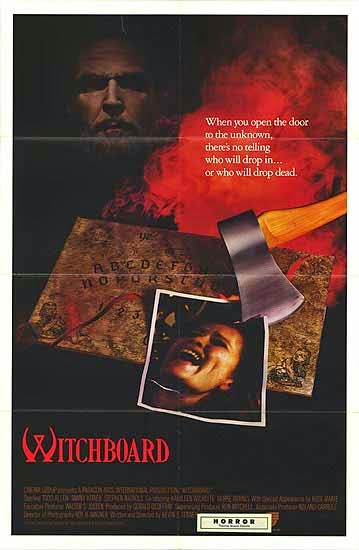 So instead of possibly boring and disappointing myself with the recent film Ouija, I decided instead to check out this other Ouija board-inspired flick that I had faintly heard about a few times. Witchboard, written and directed by Kevin Tenney of Night of the Demons horror fame, is an interesting 80s output that doesn't feature a lot of action or gore, but is still a rather interesting and different approach to the chosen story. 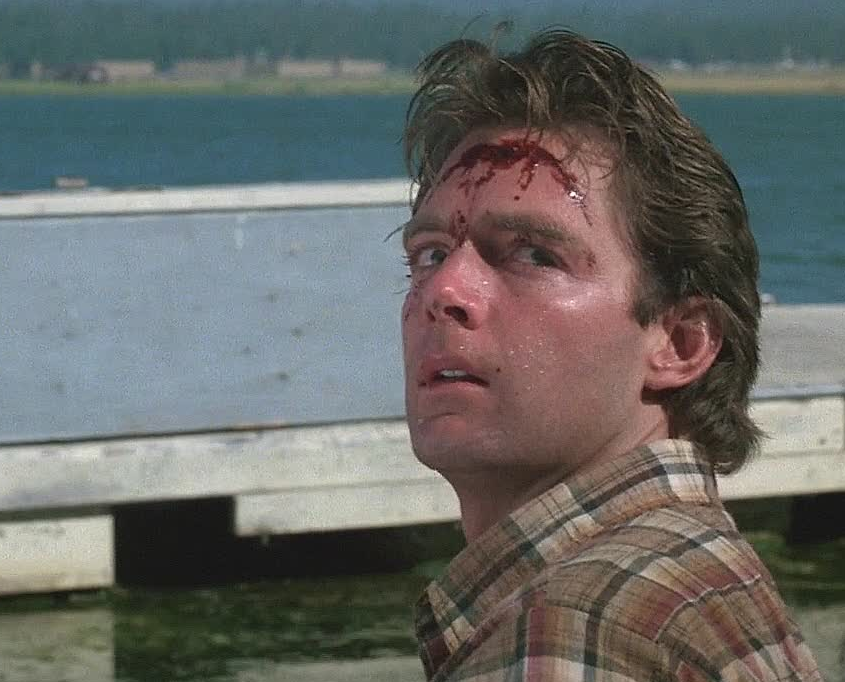 When Linda's friend Brandon brings a Ouija board to a party and contacts a spirit named David, Linda becomes more and more interested with the board and starts talking to David herself. Her boyfriend Jim notices a change in her behavior, but is skeptical that the board has anything to do with it - or with the strange deaths that start to occur. Brandon tries to convince Jim that the spirit - whoever it actually is - is dangerous and is actually wants to possess Linda.

Witchboard hovers pretty heavily over the line between horror and horror/comedy, but never fully commits to either one. The movie is not at all scary or suspenseful, nor is it ever laugh-out-loud funny. But you know what? That's okay. Like I said, Tenney's approach to the story is different from what others might have done, which is part of what makes it such an interesting film. It doesn't seem typical of an 80s film - it takes itself more seriously, and is not at all sleazy, cheesy, or cheap (in the good way). Witchboard establishes an odd and difficult tone for itself, but it manages to make it work. 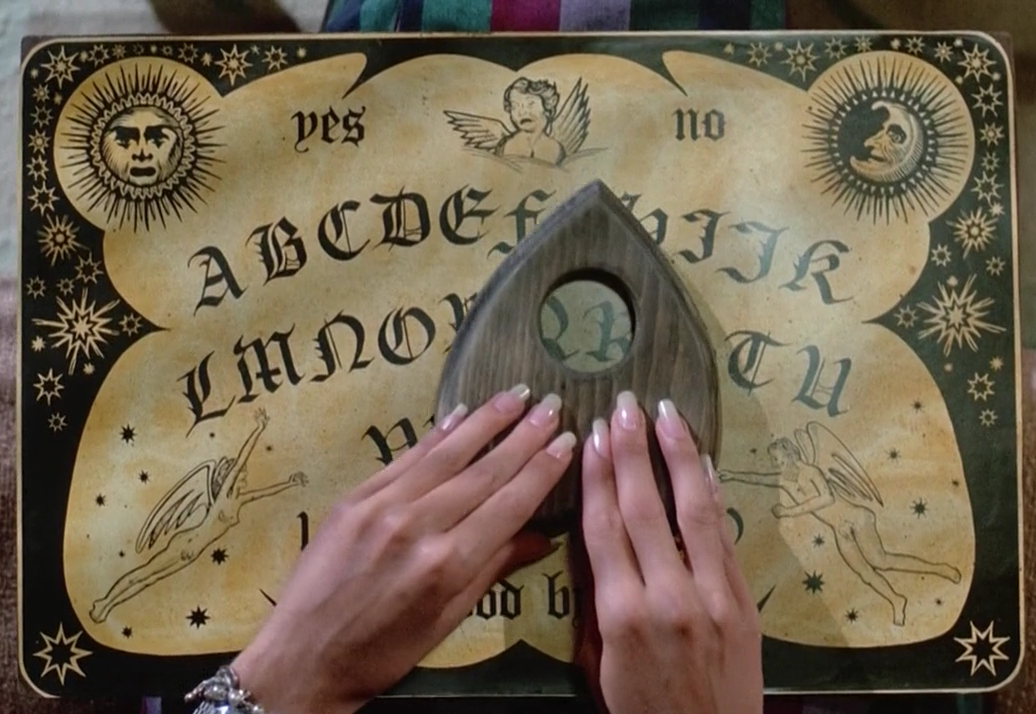 Even though there are supernatural forces at work here, the occurrences are relatively tame and not that exciting. It's usually just a couple of jump moments with things getting thrown around, although there is one pretty cool moment with Linda in the kitchen. A knife goes flying off a magnetic board on the refrigerator and lands blade down on a rug. Then a bottle of ketchup turns over and drips down right on the spot where the knife fell. A nice little creative, ominous moment there. There's also a quick shower scene where Linda is trapped under scalding hot water and has to break her way out. The séance scene is fairly creepy with the way that David speaks through the medium - and this is really the only creepy thing to look forward to (makes my ghost-loving self kinda sad). 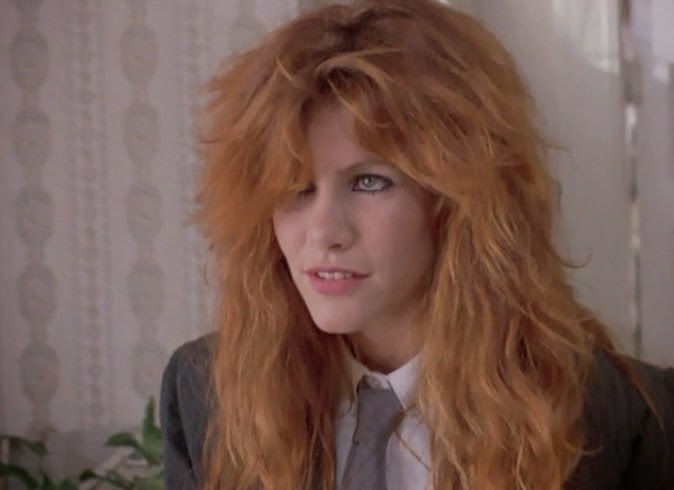 Some outside characters are the ones who have to die in Witchboard. The first is a friend of Jim's who is killed by falling sheetrock on a construction site. Jim's missing hatchet becomes the culprit that causes the accident, which brings in this whole unnecessary sideplot with a detective who is convinced that Jim is a killer. Seriously, it's not that important. Another poor soul is first chased through their house by an unseen force and then tossed out a window where they land on a very sharp sundial. Again, points for creativity. The death of a main character was very surprising, and actually made me mad because I liked the guy. He gets a hatchet to the face and then falls in the water - but I'm still trying to figure out how the ghost got the hatchet in the first place and where it went... The climactic scene between the spirit and Jim also has the movie's big effects shots within close succession of each other. The quality is indicative of the time, if you get what I mean, but I didn't mind so much. 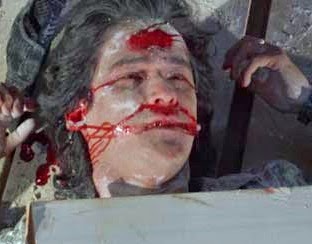 Now, Tawny Kitaen is not the first person that comes to mind when thinking about people who should be in horror movies. I'll be damned, though, if she wasn't pretty decent. Her portrayal of Linda is not anything Oscar-worthy, of course, but she establishes a character well and gives a convincing performance, which is all you could really hope for. The two guys playing Jim and Brandon - Todd Allen and Stephen Nichols - are cute in their 80s way (guys back then really knew how to wear jeans, lemme tell you) and their animosity towards each other is part of what makes the movie funny at times. Actress Kathleen Wilhoite (Susan's sister from "ER," thank you very much!) plays medium Zarabeth and wears one of the craziest and literally the most noisy outfit I've ever seen. She keeps trying to provide some "psychic humor" but mostly ends up being more annoying than funny. Actually one of the last scenes is probably the funniest because they try to fake the audience out on what is happening.

Witchboard is odd and somewhat unpredictable, but it's a nice change of pace from a decade that had so many movies that were similar to each other.

Posted by Michele (TheGirlWhoLovesHorror) at 5:46 AM