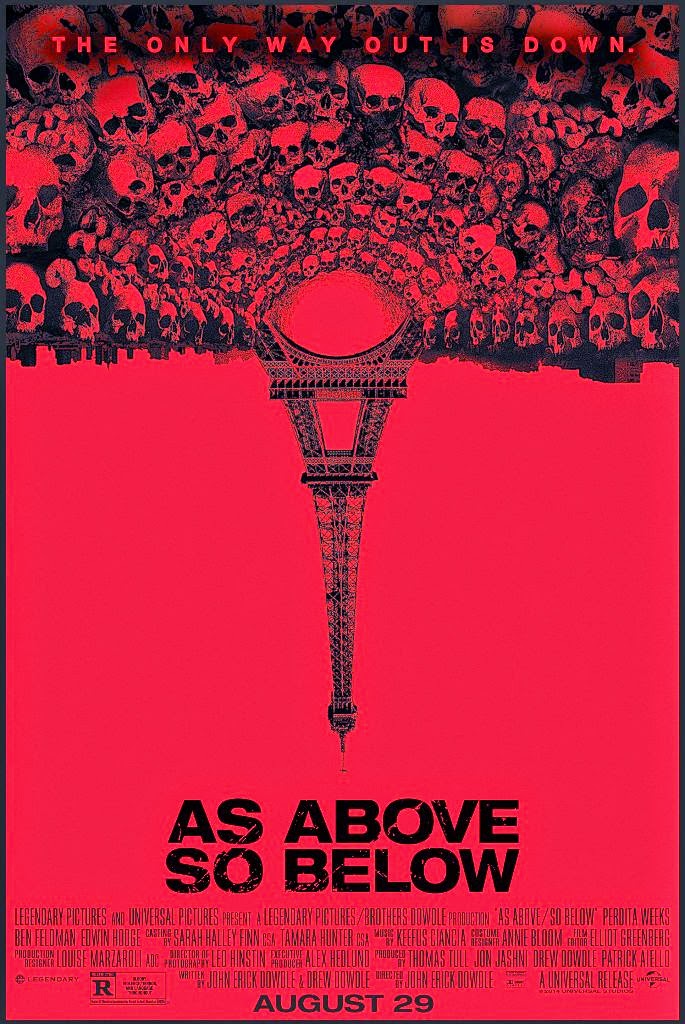 I don't know, you guys... I kinda liked this one, at least for the moment. Fan opinions are definitely divided in a "love it" or "hate it" way when it comes to As Above, So Below - I've seen the film on both people's best of 2014 and worst of 2014 lists. Like with many horror films nowadays, I avoided reading or watching anything about the film before seeing it, which was immensely helpful in my enjoyment of it - but I'm starting to think that maybe that enjoyment was only for the film's first viewing. 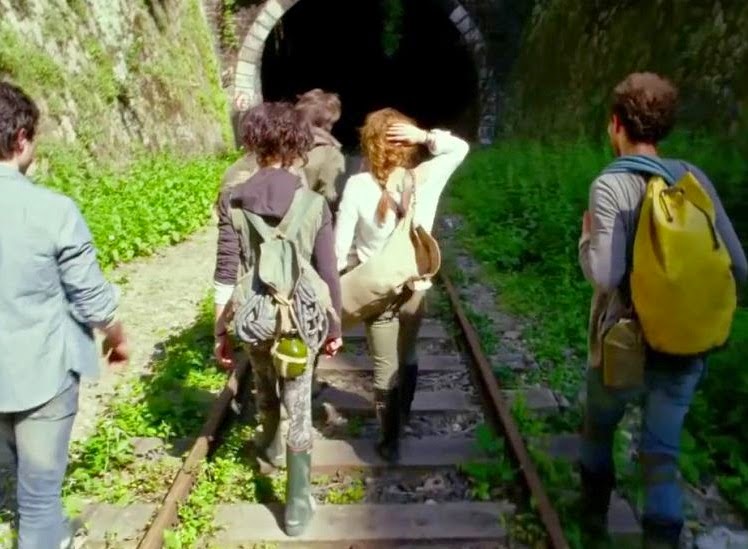 Young scholar Scarlett is on the hunt for the mystical philosopher's stone, which she believes is hidden in a secret chamber in the catacombs of Paris. Along with cameraman Benji, and friend and translator George, Scarlett employs a group of locals familiar with the catacombs to guide their way. Both the mystery and the danger of the place increases as they are forced to travel deeper and deeper into the catacombs in order to find a way out.

Of course the easiest thing to compare As Above, So Below to is that of a game of Tomb Raider, with Scarlett serving as our Lara Croft. The film plays out much like if you were playing a part of that game, and is full of history lessons, and solving riddles to open doors and find a way out of a certain chamber. With me as a viewer, this really wasn't much of a problem because I love all that stuff. The problem is that this can only really work once, and the movie pretty much has no replay value. So did I like it just because the reveal of what was going on was cool, or is it actually a good movie? That's really up to you. Another problem comes when looking at how the filming was handled. 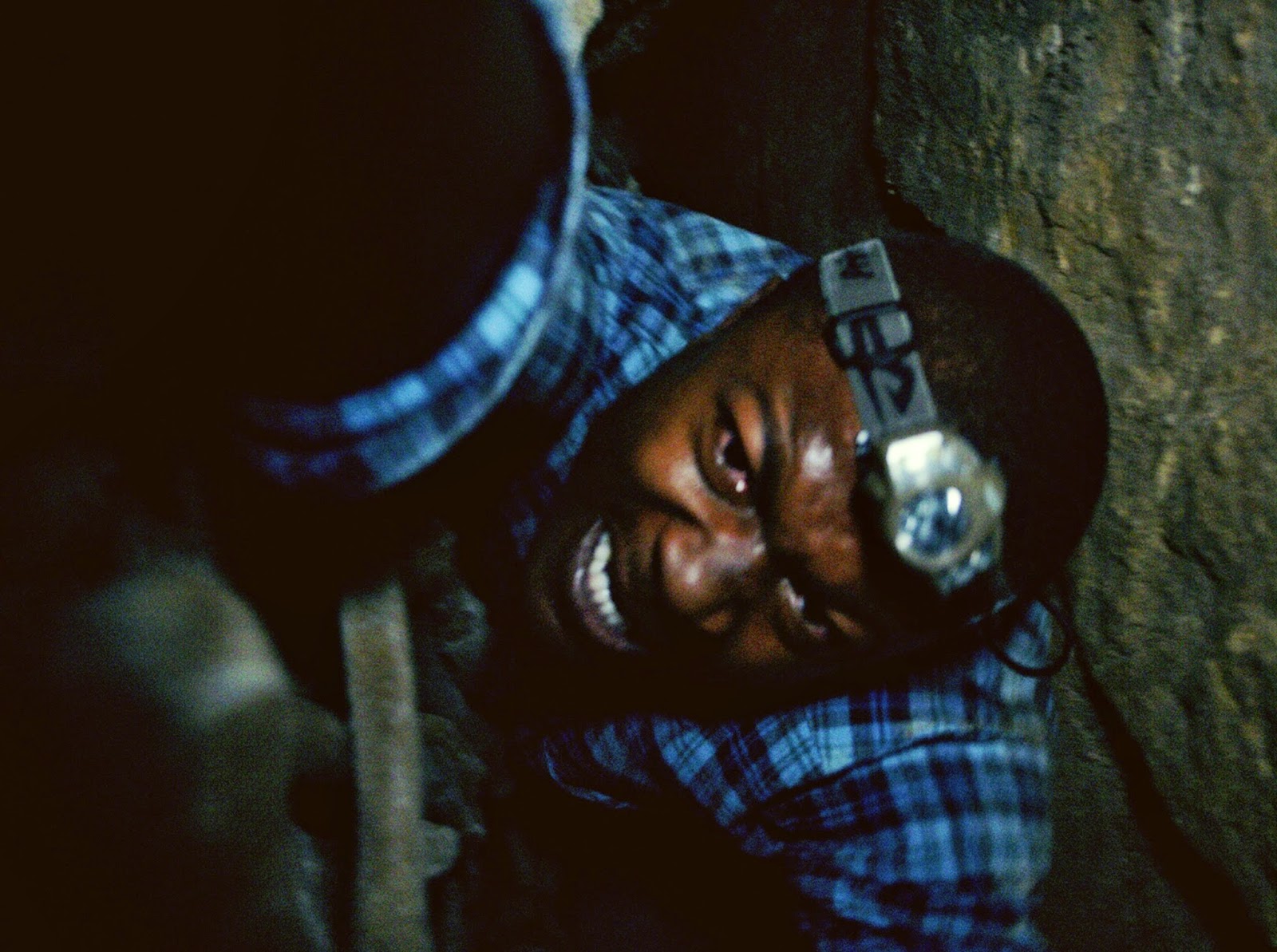 With found footage movies, there is always the question of whether or not a particular film even needed to be done in the FF style. I'll say it again: I love these movies and don't have a problem with them on principle and love when they are done well. As Above, So Below is done well, but the reason for the style is not a strong one, and therefore not needed at all. It ends up almost ruining the film's atmosphere. It all would have worked so much better had the film been made in the traditional narrative way. In a setting that should be able to build tension and be scary enough on its own, the filmmakers instead choose to quickly move through it all so that there is hardly a shred of suspense left. Of course the characters need to get out of the catacombs but it's not like there was a clock running or anything. The film could have benefitted so much more by just slowing things down a bit and spending some more time allowing the audience to really feel where the characters were. 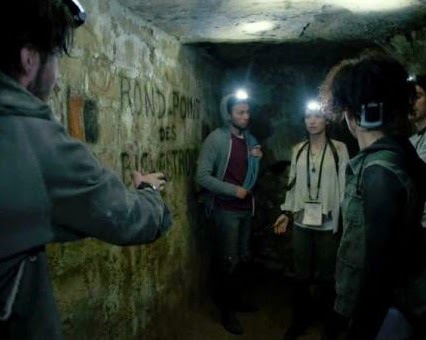 As for the characters themselves, they're just fine. There is not anybody you'll totally hate and not anybody you'll be totally in love with, either. Perdita Weeks as Scarlett is cute, with a charming accent and a demeanor that, despite her constant outpouring of knowledge, does not come off as pompous. George is the voice of reason that goes unheard throughout the movie, and Benji is the only slightly annoying one, but only because he understandably freaks out a lot. Catacomb tour guide Papillon and his crew are equally likable, but hardly anything is known about them. The movie tries to rectify the lack of real character depth by adding a personal, psychological element to the story that works for some scenes, but doesn't necessarily work overall. 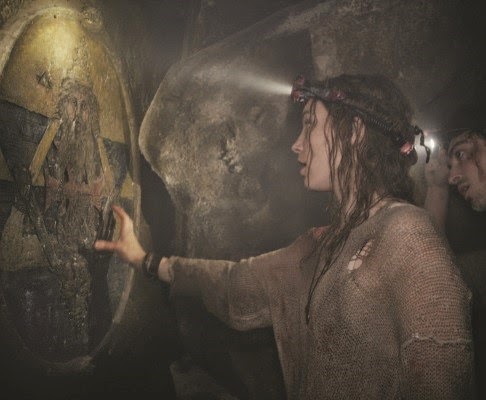 The movie does have a small number of jump scares, but we all know by now that those are not enough to satisfy even the casual viewer. They're there one minute and quickly forgotten about in the next, and hardly even that effective. There is definitely one good and memorable bit - the part with Papillon and the burning car. Much like the movie's plot turns, I did not see that one coming. There's also the ever-popular shots of creepy people in the catacombs and the "hey, did you just see that person go through the background?" shots. However, nothing ever really comes from the possible scares or foes that the movie sets up. The weird girl at the club? She's just a weird girl chanting with other people in the catacombs. Why? We never find out. The cloaked figure? No idea. Death? Maybe. All of this also adds to the fact that the movie leaves lot more questions unanswered than it thinks it does.

I still stand by my initial liking of the film because it is a great movie to just watch one time to see the puzzle get ever more puzzling, and take you to places you never thought you would go when the movie starts. The plot itself is the best part of As Above, So Below, it's the overall execution of it that doesn't do it any justice. The found footage style was a poor choice that sadly lessened the film's potential intensity.

Posted by Michele (TheGirlWhoLovesHorror) at 6:00 PM

Labels: As Above So Below, found footage