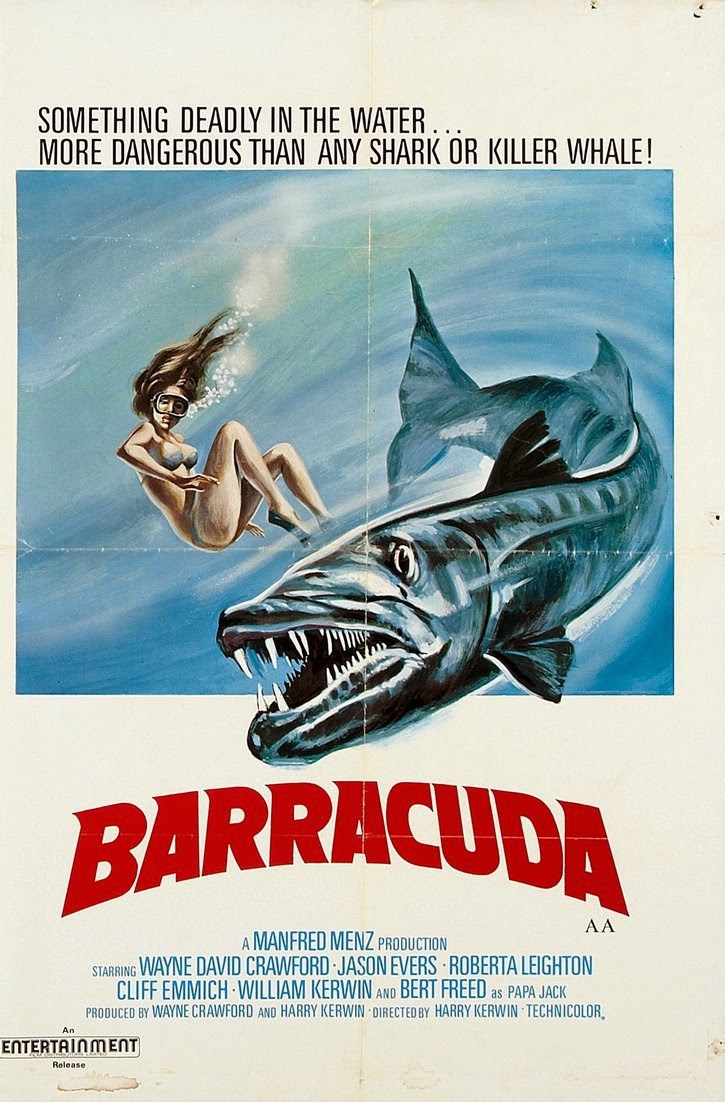 Given the title of today's movie and the year of its release, you can probably make some safe assumptions about it right off the bat. Yes, it's another one of those movies that was made after Jaws became the coolest thing since shelled pistachios. No, it's not nearly as good as Jaws. Like, not even close to nearly. There's a subtitle to the movie called "The Lucifer Project" but you don't find out what that means until the end, and by then you don't care enough to think about the fact that the name makes no sense for what the project actually is. 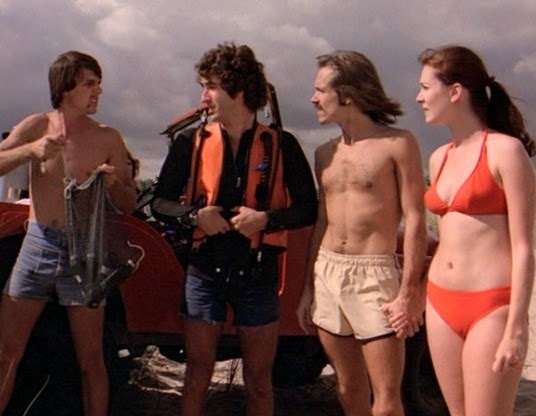 In the small town of Palm Cove, there is a mysterious menace stalking both the water and the land. Several people and fish have turned up dead lately, and the people in the town have been acting strangely - lashing out at each other for no reason. A marine biologist thinks it has to do with a nearby chemical company polluting the water, so he and the town sheriff work together to expose the truth.

So the worst thing about Barracuda is that the promise of any actual barracuda action is mostly just a ruse to get you to watch the movie in the first place. Sure, there are some underwater barracuda attacks on a few divers and a couple of severed limbs and heads, but believe me, none of it is anything worth getting excited over. The attack scenes are no better than the stuff we were given in the original Piranha, with a lot of fast close-ups where you can barely tell what is happening. Some cloudy red water and spooky music, and the scene is over. Bo-ring. 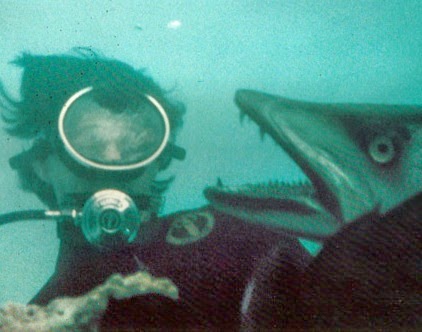 Only somewhat less boring is the cast of characters we get to follow through this dull ride. Heading up the pack is the town sheriff Ben Williams and the marine biologist Mike. The former actually seems like a cool dude who believes things easily and is much smarter than some of the other people in his town. The latter, Mike, is a cocky young guy whom I didn't like at all even though the movie tried to make me think I should. I just didn't dig his attitude or the way he treated the sheriff's daughter, with that kind of aloof manner. The fat deputy Lester is the comic relief of the movie and his role consisted mostly of him sleeping in the sheriff's office and having weird lines like asking what the word "aural" meant. So strangely, the characters were interesting enough distract me from the fact that they completely bullshitted me on the barracuda angle. 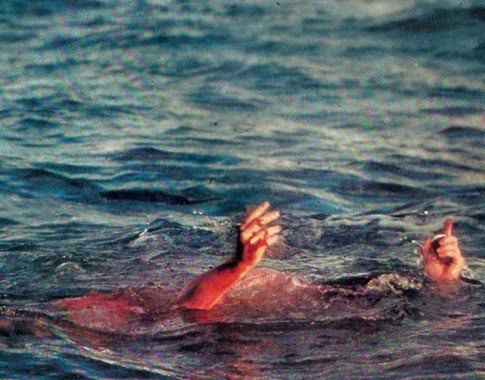 You see, after a while the barracudas are all but forgotten and the last third of the movie plays out like some weird evil government chase thriller. I was actually kind of interested in this part of the movie because in earlier scenes, there were some random, seemingly out-of-place instances involving other townspeople that I really needed to be explained to me. In one scene, the camera focuses on two people arguing on the street in the background. Later, it's a small fender bender that sends one guy over the edge. A spilled drink in a diner makes another guy go ballistic on a waitress. Then while Mike is using the town doctor's lab to do some research on the barracudas, he starts to become suspicious that the doctor might know more than he is letting on. This is why the movie is not so much like some of the other Jaws rip-offs. It uses the Jaws angle to get people interested, but it actually tries to do something different for itself.

Though the story they come up with is not horrible, it's also really lame. The government is making the doctor do some stupid experiment on Palm Cove where they put chemicals in the water to give them low blood sugar which makes them violent. And the government wants to make people more violent so they'll be more prepared and willing to go to war. WHUH? Yeah, that's the gist. The barracudas acting all crazy and eating people is just a side affect of those same chemicals being dumped in the water.

Ugh, that means that I have been double-duped by this movie and I don't like it. Barracuda has got its very few moments here and there but for the most part it is pretty forgettable.

Posted by Michele (TheGirlWhoLovesHorror) at 2:34 PM