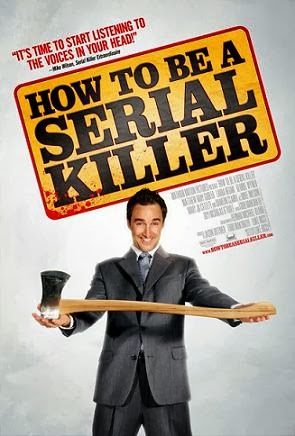 In my recent review for the film Behind the Mask: The Rise of Leslie Vernon, my blog buddy Kaijinu reminded me of a somewhat similar movie that I actually had in my Netflix queue for a long time but never watched. And though How To Be A Serial Killer definitely has its moments of laugh-out-loud hilarity, there's something that feels a bit off about this one - but not necessarily enough to make me entirely dismiss it. 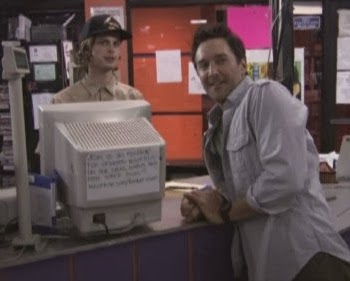 Mike Wilson is a serial killer who takes pride in what he does. When he comes across young video store clerk Bart, Mike finds a kindred soul to whom he can teach the ins and outs of serial killing. Bart proves to be an eager student, but things start to go downhill for the two when Mike starts to break some of his own rules.

I guess the thing that feels "off" about the movie is the way that the scenes different from the main story are handled. We have a psychiatrist being interviewed by somebody for something about the psychology of serial killers in general - stuff that anybody who's ever seen even one documentary or read one book about serial killers would be able to regurgitate. Then we have Bart breaking the fourth wall talking about his experiences with Mike to... somebody. Finally, we have the seminar scenes where Mike gives his presentation as a motivational speaker about how to be a serial killer. The thing is that that there is no explanation for why any of these scenes are different from the main story. It's not even like they are just happening in the characters' heads or something like that - they're just there for no reason. Not saying that these scenes aren't entertaining, though; the seminar stuff is pretty hilarious and probably my favorite parts of the movie. Mike is every bad motivational speaker you've ever seen, spouting off cliches one after the other, and he's also dressed strangely like a magician with shiny purple and red shirts that he actually pulls off really well. 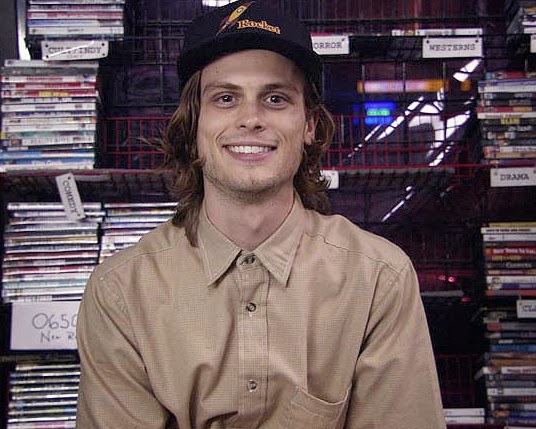 Dameon Clarke as Mike is the best part of the whole movie, as he is so freaking charming and handsome even when he's talking about killing people. And he looks damn good in those jeans, Imma tell ya. Anyways, like I said, the seminar scenes were the best parts simply because of Clarke's performance. There's a look he can get in his eyes that makes you believe that this dude is not only really hot, but that he also possibly could be a serial killer. He likes to "mess with" Bart a bit, and though he always laughs it off, it's hard to tell if he ever really meant it or not.

Matthew Gray Gubler has a natural adorable charm and awkwardness about him that makes Bart a fun character to watch, even if he never really evolves or seems to learn anything. You'd think that what he goes through with Mike would make him see that serial killing is, you know, wrong or something but not so much. Their relationship is odd, and it was hard for me to believe that Mike would actually think that Bart was capable of killing somebody because I never saw it myself. 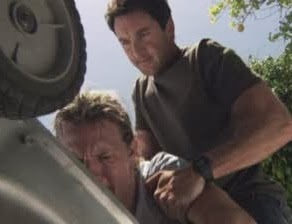 How To Be A Serial Killer is mostly a comedy, or dark comedy to get technical, so don't really expect too much action in the actual serial killing department. We get to see Mike killing people in different ways, and some of the aftermath of his killing, but it's all done in a comedic way instead of being at all gory or bloody. Gorehound that I am, I didn't mind it so much here because the comedy was good enough to make me overlook that. Also, the sounds of the guns firing are so obviously from shooting blanks. Is there some reason why this wasn't fixed for the final film? That's a bit amateur.

The overall look of the film is also a little amateur, or at least low budget, but is it weird to say that that is part of the charm? The comedy takes care of a lot of the charm, too, and it sucks that they sort of let that element falter in favor of the action that speeds up around the two-thirds mark. The music is also something to enjoy here, matching the tone of the film with lots of upbeat piano work and such.

It's not as good as other dark horror comedies, but How To Be A Serial Killer definitely has something about it. The lead actors are fantastic in their roles and their charisma sucks you in from the beginning and carry you through the entire film well. Some of the plot elements could have been more cohesive with each other, but that won't stop you from loving them each individually.

I'll leave with you a fairly lengthy transcript of my favorite scene in the film - Mike's first lesson in serial killing: proper manners. This had me practically guffawing for some reason. I love it.

"I don't care how annoying they are, or how curious you might be - children are off limits. Stay away from the mentally and physically handicapped. That's cheating. I've always loved animals and never would do anything to hurt our furry little friends. Sociopaths kill animals. Real serial killers kill people. Never rob your victims. You go down that road, it's tough to get off. It starts off with a 20, ends up with a C-note, and then pretty soon you're just a petty thief who happens to kill on the side. Don't rape. Don't ever rape. Rapists are the scum of the earth. Love women, respect women. Find a way to earn their love. There are over 6 billion people in this world and it's not secret that a lot of them deserve to die. Just think - if I was in Vienna right around the turn of the century, I might have done away with Hitler. You never know what kind of service you're gonna do the world by doing somebody in. Kill people that are better off dead. I try to do at least one selfless thing per day. If you find yourself thinking the serial killing is selfish and you're doing it just to make yourself happy, take a trip to an elderly home and find somebody who wants to die but can't. You don't have to Kevorkify your life, but you can give back. Any little gesture of kindness counts."

Posted by Michele (TheGirlWhoLovesHorror) at 3:10 PM

Labels: horror comedy, How To Be A Serial Killer