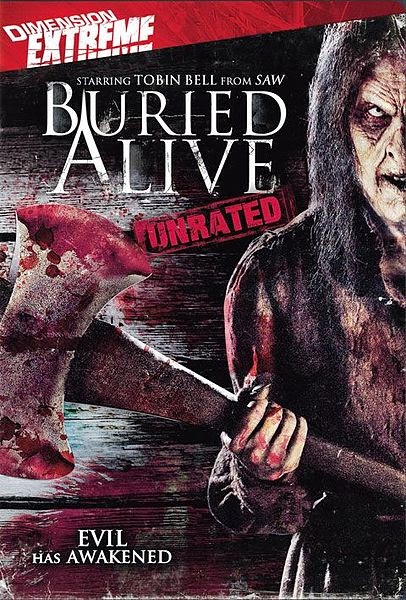 Buried Alive (2007)
It's almost kinda sad that a TV movie from 1990 with the same name was a helluva lot better than this Buried Alive. It's a real crapfest from 2007 whose only claim to fame is Tobin Bell, very popular by that time because of Saw. He plays a hick groundskeeper against your typical cast of young and overly sexual college kids who are staying in the family home of Rene and Zane for the weekend. Big shocker: the house is supposedly haunted. So Rene has brought two of her sorority pledges along to do some initiation torture on them (actually, us real sorority members call that hazing and it's something that nobody does anymore) and Zane is there looking for the family fortune in gold. But there's some kind of spirit of an old woman around and she is a hellion with an axe, lemme tell you. That's the only place this movie gets points - the kills. The characters are surprisingly not that cliche, and are actually kind of weird and twisted, but you still don't care anything about them. Miss Chops-A-Lot makes things interesting by doing cool shit like slicing somebody in half lengthwise and chopping off another's face. None of it is really a good enough reason to actually watch the movie, mind you. It's pretty lame, you can skip this one for sure.

Seriously, though, has anyone seen that TV movie Buried Alive with Tim Matheson? It's really good. 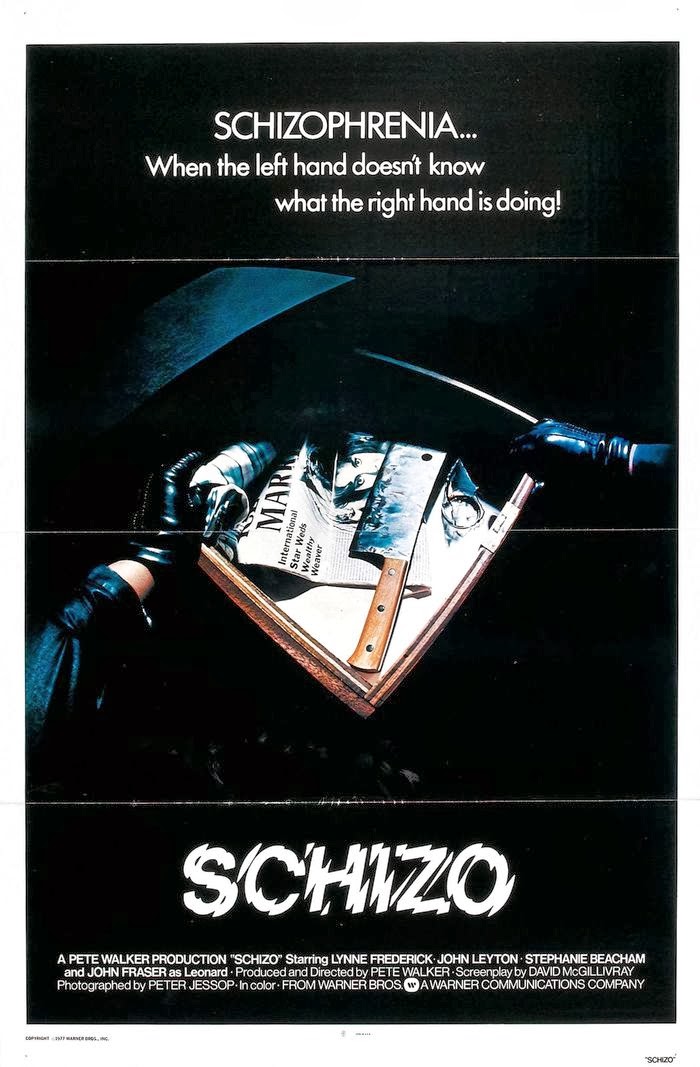 Schizo (1976)
"When the left hand doesn't know what the right hand is doing?" What the hell kind of tagline is that? Give it to an obscure 70s British thriller to pull me in with its admittedly vague premise . Here we have young newlywed Samantha who is some cute little figure skater and who, after her wedding is announced in the paper, starts being stalked by a strange older man. She sorta claims to not really know who he is or why he's following her, but she totally does. Remember, the movie is called Schizo... that's a big HINT HINT right there as to what's going on. Still, I can't say that I completely hated Schizo. The plot moves a bit slow at times and there's not much to look forward to with the action or kills, but some of the characters are actually fun and they're all well played by people with great accents and even better fashion sense. Home decorating... not so much, but I guess that's not important. The deaths are surprisingly brutal and graphic given the pace of the rest of the movie, and there is one freakalicious scene with a medium, so you can look forward to that. 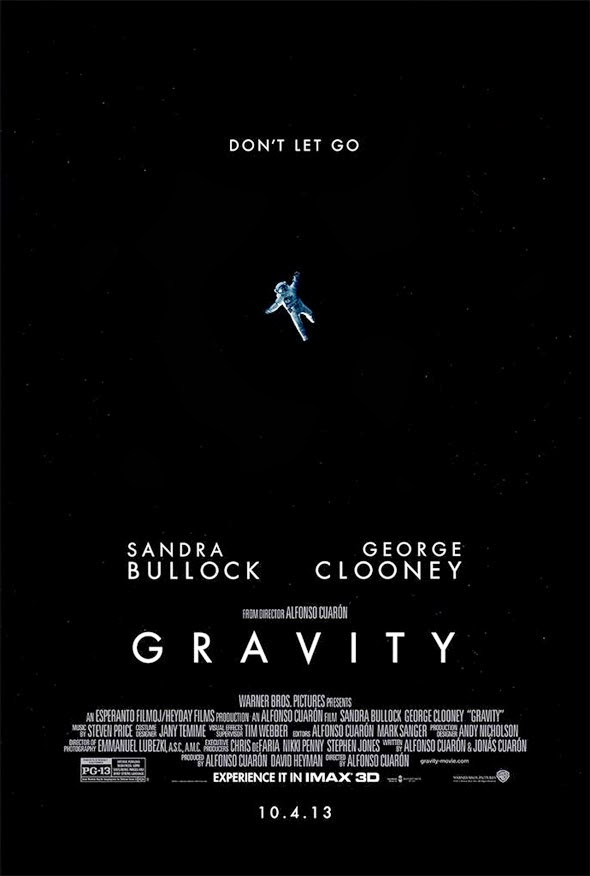 Gravity (2013)
Hate me if you must, but I did not think too much of Gravity. For sure there is no denying that the movie is visually stunning and beautiful, and had I seen it in the theater, I'm sure the graphics and camera movement would have made me feel like I was in space, too. But pretty isn't everything. The reason I didn't completely love Gravity is because I was never really given a reason to be that invested in the characters or story. The dialogue is inane bullshit that is supposed to make us like George Clooney and Sandra Bullock, and I guess we do, but do we really care that much about them? Clooney's snarky, talkative Kowalski is the same supposedly lovable and charming character he's played in, oh, just about every movie he's ever done, so there's nothing new there. Bullock's character is way too fragile to have been allowed in space, and we're supposed to sympathize with her because her daughter died. I don't know, I guess the movie was made more for the experience of watching it and not so much for longevity. Not really a good thing, if you ask me. But yes, it is a pretty movie.