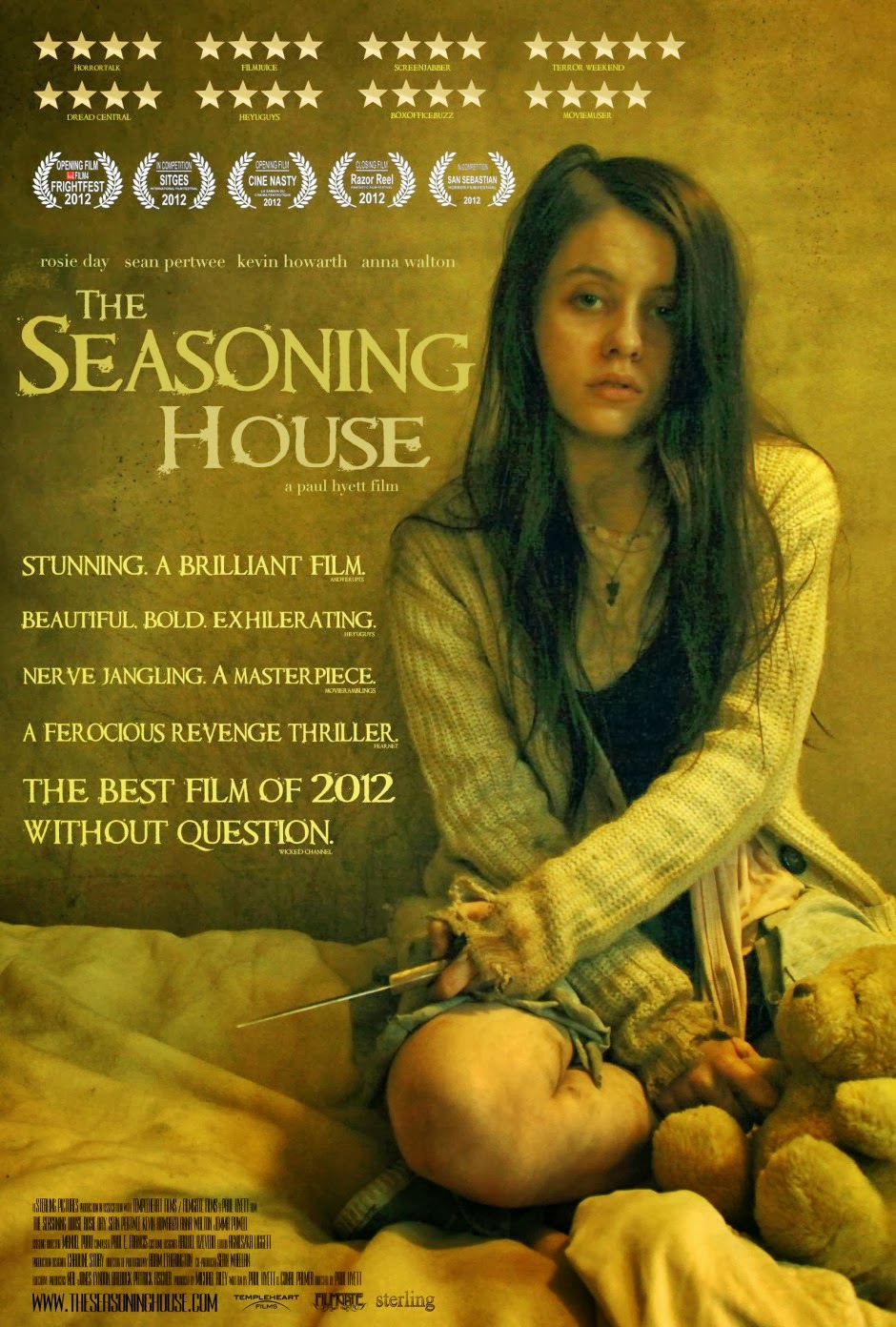 Some movies put you in a happy, feel-good mood. My personal favorite is Angels in the Outfield, but anyway. Some movies are sad. Some movies are pretty goddamn depressing, actually. I love Mystic River but I always have to talk myself out of committing suicide after sitting through that depressing mess. Now there has come a movie that pretty much makes me lose any faith I had left in humanity, if only for the time it took to watch it. 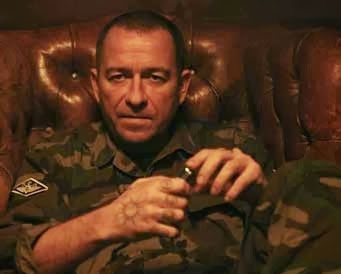 The Seasoning House takes place during the war in the Balkans in the 1990s. Young deaf mute Angel is one of many girls to have their family slaughtered and be abducted by the vicious militia commander Goran. He sells the girls into sex slavery at a rundown brothel operated by Viktor. Viktor takes a liking to Angel and chooses her to be the one to "prepare" the girls for clients - until one day when Goran and his men make a visit to the brothel and Angel decides to fight back.

To be honest my main motivation for watching The Seasoning House was seeing Sean Pertwee, even in an evil role. But my goodness, this movie fucking sucked. I mean, it's a really great, beautiful, brilliant movie - but the subject matter and the way it made me feel really sucked. The tone of the film is bitter and depressing throughout, with absolutely no relief ever from the horror that your eyes and mind are subjected to. However, it is still beautiful in its own way, and a masterful feat for first-time director Paul Hyett. 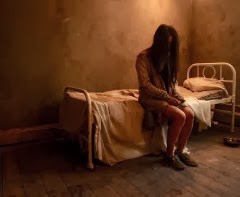 Rosie Day absolutely deserves all the praise she has gotten for her role as Angel, a role in which she doesn't speak a word and doesn't have to. All of Angel's character traits come through in Day's facial expression and physicality - how she is young and innocent, but still has her moments of defiance, resilience, and stubbornness. At times she makes Angel seem rather blasé about what she experiences at the brothel, which was often a bit confusing and/or frustrating. But seeing how Angel handles herself at the end, it seems more like her attitude was in part for her own mental survival, and in part her keeping tabs on all the bad shit these assholes do so that taking revenge on them is no problem for her (or for us as the audience). After being in the brothel for a bit, Angel has figured out how to move from room to room through the crawlspaces of the house, and some of the craziest shots of the movie show Day expertly slithering in and out of these tiny vents in the walls. Definite points for agility for that girl. 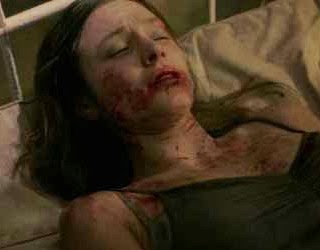 Sean Pertwee as the evil Goran is perhaps perfect casting because of Pertwee's look and voice, though I do hate to see him do stuff like this. He needs a romantic comedy role or something. It's actually quite strange that Goran turns out to be film's main villain because doesn't actually commit any of the atrocities that some of the other men do, like shooting innocent civilians or raping the girls in the brothel, but he is responsible for allowing and causing all this to happen in the first place. Just as bad. Actor Kevin Howarth gives Viktor a strange likable quality that makes it hard to judge his character at times and how he really feels about what he is doing. Another standout actor simply for his look is the bald-headed rapist that Angel kills. The guy looks over six feet tall and like his body was chiseled out of wood - and here he is against little bitty Angel, but you're almost more scared for him because you know this girl has had enough of seeing what happens to these girls in the brothel. 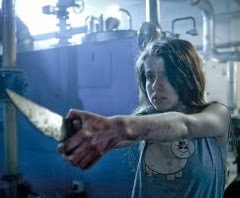 It was actually a small comfort to me that there is no female nudity in the film, but of course that doesn't make the rape scenes (of which there are thankfully only two) any easier to watch. In the first one, there is a guy who apparently pays Viktor more money to be rough with the girls, and he rapes Vanya (a girl that Angel befriends) so violently that he breaks her pelvis. I officially hate people after watching something like that. And then, just because the scene wasn't horrifying enough, here comes the doctor to check on Vanya, a kindly old man who gives her a creepy smile while telling her that she merely has some bruising and tearing "down there." I really do hate people.

Also tough to watch is a flashback scene near the beginning that shows how Angel came to be captured  after she witnessed her mother being shot to death by one of Goran's men. The militia callously shoots the family members of the young girls they are grabbing for Viktor's brothel. Almost everybody gets their comeuppance in the end, though, and particularly satisfying is what happens to Goran. There are a few twists at the end involving some other characters that are a bit too contrived, and the ending is ambiguous, so I'm still left feeling a little down about that.

You're not going to particularly enjoy watching The Seasoning House but you still should. The cinematography, though just as depressing looking as the tone of the movie, is beautiful in practically every scene with some nice slow motion work to emphasize the moody feeling. The movie really shows the talents of Day and Hyett, and I expect great things from both of them in future projects.

Posted by Michele (TheGirlWhoLovesHorror) at 10:13 AM