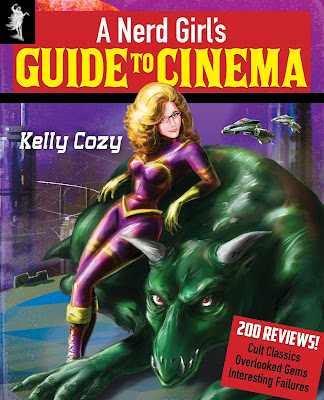 I've been gone from here for over a week now, but I promise that I have actually been working in some way the whole time. I've been watching a couple Project Terrible movies; finally watching the whole of the TV show Holliston (which I L-O-V-E-D); and mostly finishing reading this book that I promised the author I would do a review of! 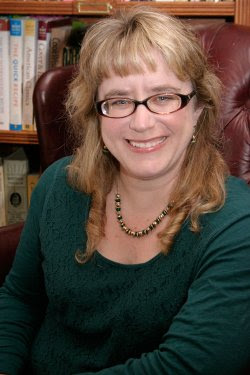 The book in question is A Nerd Girl's Guide to Cinema by cinephile and professional reviewer Kelly Cozy, and it contains Cozy's reviews of 200 "cult classics, overlooked gems, and interesting failures." The cool artwork for the cover definitely intrigued me, as did the overall idea of a self-identified female movie nerd possibly reviewing a bunch of movies that I've never heard of and that I really need to see. Discovery is always exciting! I thought it would be really strange at first to review a book of reviews, but Cozy's writing is very enjoyable and she's definitely a reviewer that I would follow on regular basis.

Actually, her writing style reminded me a lot of, well, me, and how I think and hope people perceive me in my reviews. Cozy's personality shines in every sentence of her reviews and after reading the first few, I found myself wondering what she would think of this movie or that movie. She's brutally honest, funny, knowledgeable, and wonderfully analytical. If the movie she's reviewing is a bit silly or stupid, then the tone of her review would match that. Likewise, if the movie is more serious or laudable, her analysis of it is much more professional, while still peppering in a quip here and there. Or if she finds a certain element in a movie, like the characterization or theme, that stands out to her while the overall movie doesn't, she makes sure to highlight that and let her readers know about it. All of these are things that I like to do with my reviews, too, so I absolutely respect and admire the approach that she took. 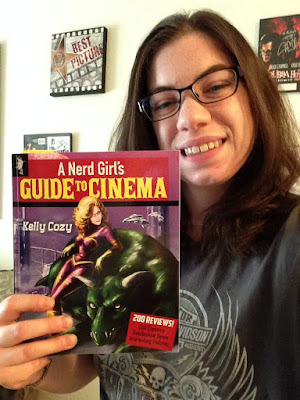 The 200 movies that Cozy covers in A Nerd Girl's Guide to Cinema definitely helps the book live up to its title. By the time I was done reading, I had a very long list of movies to add to my queue (which is already way too long), and many of them were ones with which I was not at all familiar. She covers different genres and different levels of production value, from Seven and Django Unchained, to Death Bed: The Bed that Eats (something I am definitely going to be reviewing in the future) and Massacre in Dinosaur Valley. There are sci-fi films, classic horror movies, kaiju movies, even a romantic comedy or two. There is an equal balance of reviews of films that Cozy finds favorable, and ones she doesn't like so much. The length of each piece is comfortable, though I think her longest review is for Tommy Wiseau's The Room, strangely. Does that mean I should see it just to know what all the fuss is about?

Needless to say, as with any reviewer, there are times when I completely disagreed with Cozy, and found myself saying to her a couple times, "What the hell are you talking about?!" Most notably for me, she gives a lukewarm review of The Blob remake, I Spit on Your Grave, and Four Flies on Grey Velvet. And somehow, she found something negative to say about some of my absolute favorite movies like American History X (that just isn't possible - American History X is perfect), Event Horizon, The Omen, and Ravenous. Ravenous! How do you not love Ravenous?! Can't understand that, but to each his own, of course. Also when talking about the Tales from the Crypt TV show, Cozy calls the Cryptkeeper "annoying" and that hurt my heart a little bit.

A couple of notes: I really didn't like the Intermission section that was titled "Movies I Won't Watch." If you won't watch them, don't talk about them. Even though you haven't seen them, you're still judging them by writing something like this, and that bothers me. Also, Cozy will sometimes repeat herself in her reviews, and though putting the reviews in alphabetical order was probably just easiest, the flow between some of them was a little weird and she would inherently repeat herself again, just by having certain reviews right after each other. But that's really just my weird version of OCD talking.

Still, Cozy's book is wildly entertaining and informative, and the reader will quickly figure out that this girl knows what she is talking about it and is so forthcoming with her opinions that you can't help but respect and admire her.

Posted by Michele (TheGirlWhoLovesHorror) at 10:19 PM