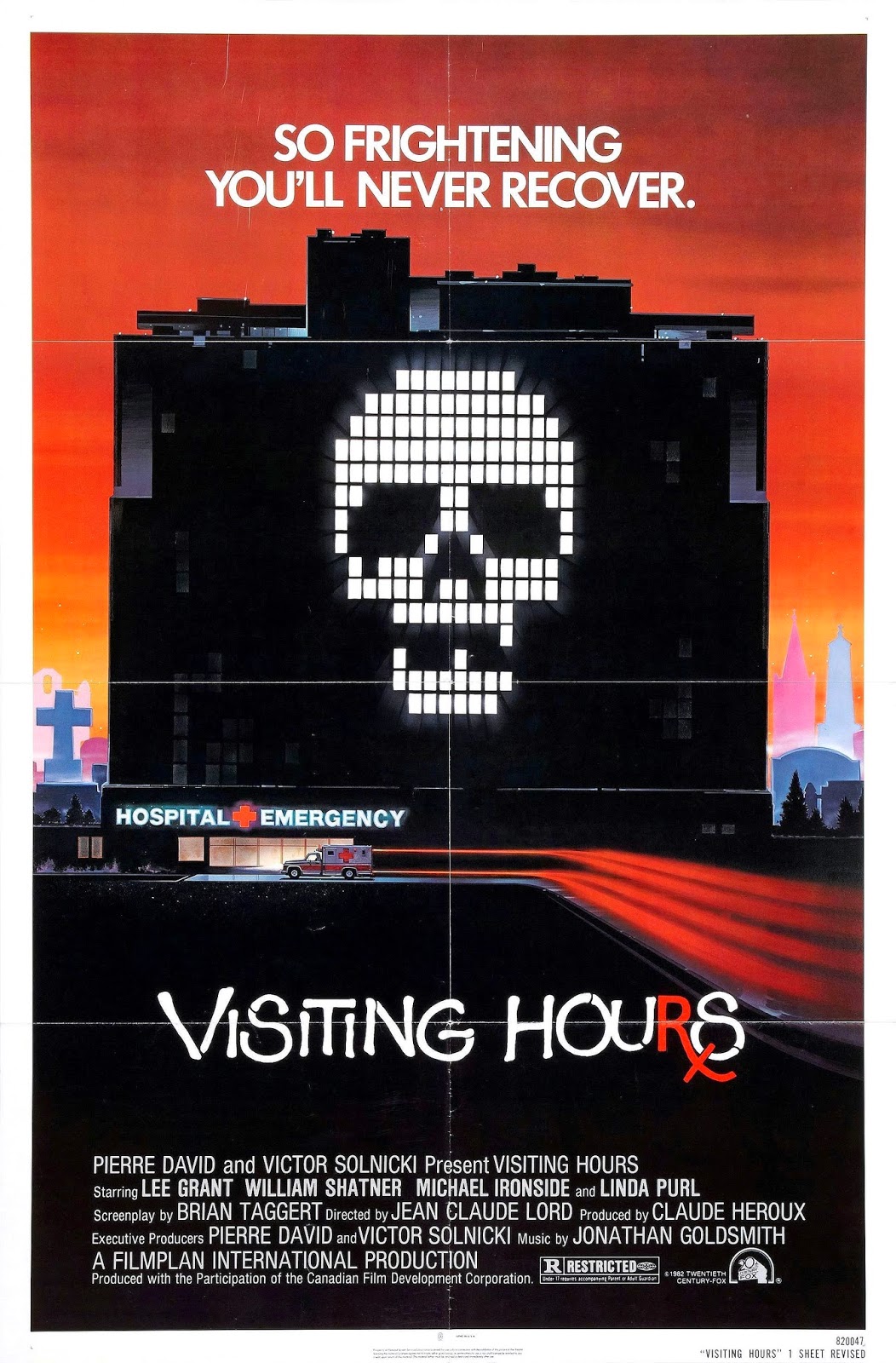 Visiting Hours (1982)
Michael Ironside is one of the most recognizable and most fun actors working today, I think. Many might not know his name, but they've definitely seen his distinctive face here and there over the past few decades. I think he's great, so I was very excited to see Visiting Hours - and he more than delivered for me! Visiting Hours is a strange, Lifetime-esque kind of movie wherein an obsessed creep (Ironside) stalks a feminist news reporter, Deborah, first in her home, then in the local hospital. Rather than being a rather banal hack 'n' slash movie where lots of innocents are butchered as Ironside makes his way to his target, the movie is actually a quite tense thriller/drama. I liked the scenes with Ironside that explored his psychopathy, and also liked the stuff with the nurse that Deborah befriends. Her character also adds to the strange woman-power theme of the movie, as she is a single working mother. I'm guessing this theme has something to do with what happened to Ironside's character as a kid - where his mother killed (?) his father. But even this is a little convoluted because the father seemed like the initial abuser and she was just defending herself. Why would this lead to the character's hatred of women? Whatever, I'm no psychologist. Visiting Hours is a good movie, especially for fans of Ironside. Definitely recommended.

Oh yeah, and William Shatner is in the movie too. Awesome. 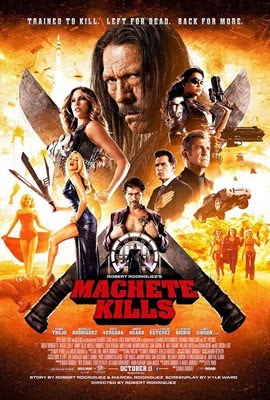 Machete Kills (2013)
I watched Machete Kills right after Visiting Hours, in the hopes of ending the night on more of a fun note. Oh, I could not have picked a more perfect movie to achieve that goal! Just like its predecessor, Machete Kills is nothing more than a straight-up crazy flick with hot women, hilarious acting, and outrageous violence. Even if you think the gore and violence starts out amazingly in the beginning with Machete literally slicing through a bunch of cartel guys - trust me, it gets about 100 times better. Sometimes there's a bit of a lull while some crazy backstory or side story is explained, but they more than make up for it with face-changing killers, multiple helicopter kills, boob and penis guns, and one deliciously brilliant little device that turns the human body inside out instantaneously. Really, it's just glorious. Danny "Machete" Trejo and the rest of the outrageous and somewhat oddball cast (Sophia Vergara, Mel Gibson, Alexa Vega, Amber Heard, Michelle Rodriguez, Charlie Sheen) are just as awesome as you think they are going to be. I was surprised to find out that these other characters actually managed to outshine Trejo at times! Blasphemy! But the man takes it in stride, and knows that he is the only MACHETE. Okay, now I'm getting weird. Machete Kills kicks serious booty. Watch it.

And dear goodness, they had fucking better make Machete Kills Again In Space because I will be all over that. 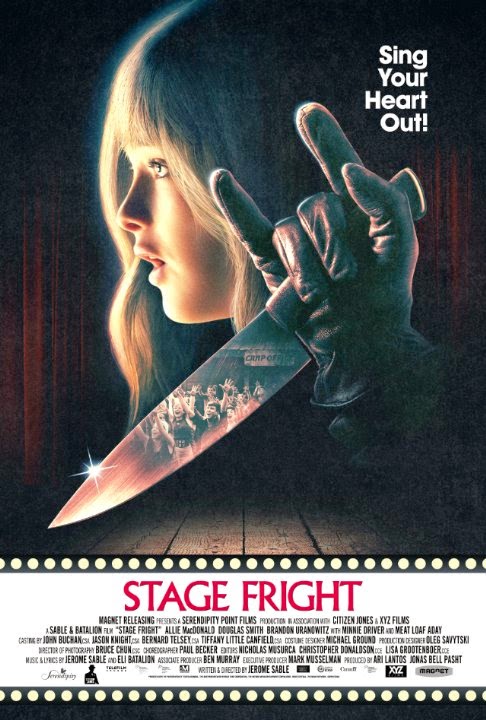 Stage Fright (2014)
All I can say to myself is, "I told you so." I told you, self, that you probably will not like the musical/comedy/horror thing called Stage Fright - Meatloaf or no Meatloaf. I'm not generally a big fan of musicals - though there are definitely some that I love - but I thought one that tried to combine itself with the  horror genre was at least worth a look. The problem with Stage Fright, though, is that it is not really that great at any of the genres that it tries to employ. Maybe I'm not the best judge, but it's a pretty crappy musical and an even worse comedy. The first musical number is slightly amusing because it's not what you expect, but after that it's just a weird mish-mash of genres and tones, at which you don't know whether to laugh or cry. The killer is ridiculously easy to figure out, as are his motives, so in the end you don't care because you know how it's going to end. Meh, don't really have anything else to say. Didn't dig this one.

Posted by Michele (TheGirlWhoLovesHorror) at 4:11 PM