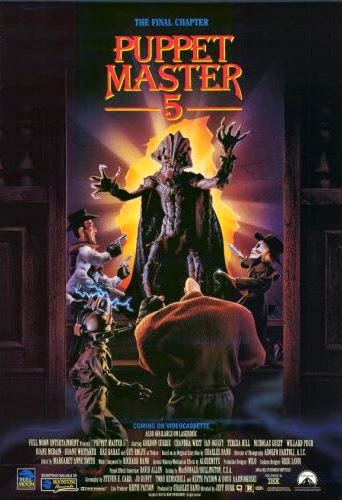 Wait a minute, didn't we just see this movie? Not only is Puppet Master 5: The Final Chapter definitely NOT the final chapter of the series, it also mostly felt to me like a complete rehash of Puppet Master 4, only with a slightly different outcome. This is mildly disappointing, even though the film is still a good entry to the franchise. 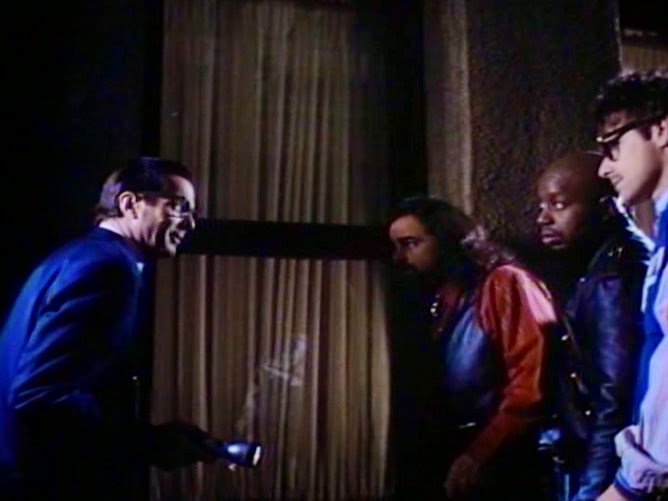 Puppet Master 5 takes place shortly after the fourth installment, when Rick is being interrogated for the murders of his friend Cameron and the two scientists, Dr. Baker and Dr. Piper. The new guy in charge of the artificial intelligence project, Dr. Jennings, bails Rick out, and Rick returns to his girlfriend Suzie's place with Blade. Meanwhile, the demon Sutekh has not given up and is preparing to send another tiny demon to take out Rick, this time imbuing the creature with his own power. Rick, Jennings, Suzie, and all of Toulon's puppets must once again battle it with Sutekh to stop him for good.

The first thing I want to mention is something I haven't yet talked about with the Puppet Master series. I really love the theme music, which can usually be heard during each film's opening credits and in small doses throughout the movie. It has a bit of a carnival or vaudeville vibe to it that fits in nicely with Toulon's history as a marionette showman. It's a jaunty and somewhat upbeat tune, with just the right amount of creepy - perfect for the series. 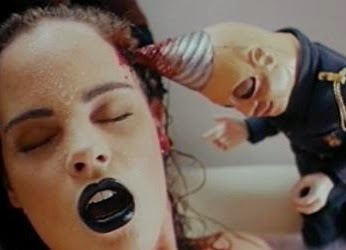 Okay, back to the movie. It's hard to talk about Puppet Master 5 on its own because it is basically Puppet Master 4 Part 2. At the beginning of the movie, they even go through a long retelling of the whole story of the fourth film, complete with re-edited clips and a voiceover from Rick. Then we get to move on to the story of the fifth film, where once again, we are back at the Bodega Bay Inn. I'm getting a little sick of this place. The story this time basically consists of the same damn characters are fighting the same damn thing - only this time it is less exciting because there is only one little spiny demon to defeat. Granted, he's supposed to be more powerful than the minion demons from part 4, but he doesn't really do much to show this. The same actors come back to play Rick, Suzie, and Lauren, and all the puppets return as well - except for Leech Woman, who has been all but forgotten for the past two movies. Lauren spends most of this film the same way she spent the previous film - unconscious. She's in the hospital, and after getting vision's of Sutekh's return, she communicates psychically with Rick through his computer. 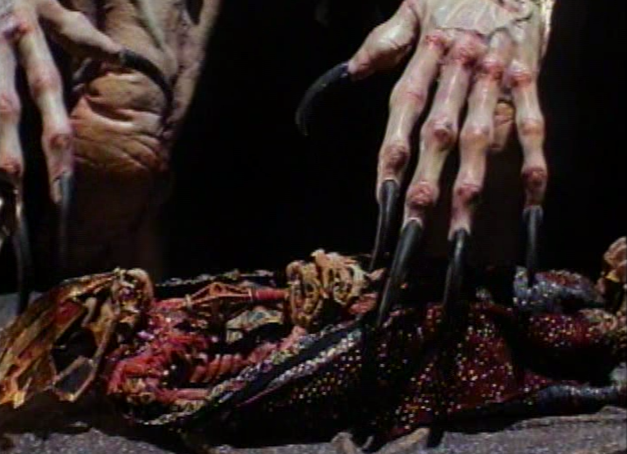 The only new addition is Dr. Jennings, one of those power-hungry SOBs who you know is going to die from the moment you meet him. He brings three hired losers to the Bodega Bay Inn to help him retrieve the puppets so he can make money off of discovering their power. The three losers - anybody else recognize the male rapist from Pulp Fiction?! - are a bumbling lot, and their only purpose in the film is to be hilarious fodder for both the puppets and the little Sutekh demon. Pulp Fiction Guy gets punched in the face by Pinhead for calling him ugly, and Jester hits him in the crotch with a mallet, all while the other two just wander around the hotel with flashlights and then get killed. Even after five movies, the Puppet Master series still can't boast that many inventive or exciting kills. The fifth installment is again rather boring on this front, with two guys slashed and their souls taken by little Sutekh, and Jennings falling down an elevator shaft after getting blown back by Torch's fire spurt. There is one thing I noticed here that was different from previous films, though. For some reason, the puppets seemed to have much more personality this time around, and they were more like little humans than toys. This could be because of the way Rick talked to them, as friends who he knew would never hurt or betray him, but it also might be because of the puppeteering. It just seemed to me like their movements were more life-like, or more human-like, especially Blade and Jester. Jester has actually been my favorite puppet so far, if only because that surprise/worried face of his is so dang adorable.

Despite the similarities to its predecessor, Puppet Master 5: NOT The Final Chapter is still a pretty good flick. It wraps up a story in which I wasn't particularly interested, and boasts some decent acting, from both the humans and the puppets. I'm now officially halfway through the series, and it's been fun so far - can't wait to see what happens in the later installments.

Posted by Michele (TheGirlWhoLovesHorror) at 5:07 PM