Book Review: "Under the Blade" by Matt Serafini 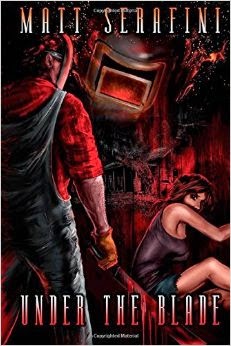 Author Matt Serafini's bio lists him as being a lifelong horror fan who has contributed his knowledge and talent to two of the biggest horror websites - Dread Central (current) and Bloody Disgusting (former) - and who also put that passion into two horror novels - Feral, and the subject of today's review, Under the Blade. That was enough to convince me to read the novel for myself when contacted for a review, because I believed that a horror book written by a true horror just had to be good. And believe me, it was.

Under the Blade follows middle-aged Melanie Holden, a college professor at a crossroads in her life and career when she decides to return to the town of Forest Grove - a place that holds dark memories for her. In 1988, Melanie was just a teenager when she fought and killed Cyrus Hoyt, who was responsible for the bloodbath that killed her friends at Camp Forest Grove. Decades later, Hoyt is just a legend to the local teenagers in Forest Grove, but when trouble starts almost as soon as Melanie arrives, she realizes that her terror is not over.

I have to admit that I was very disappointed by the first chapter of the novel, and didn't have much hope for the rest. The novel's opening is the bloody encounter that Melanie has with Hoyt at the camp, and the overused clichés were not to my liking. The lone female survivor stalked by a brutal killer at a summer camp. Finding the dead bodies of her friends in the cabins. The two lovers speared together on a bed. The mention of the town crazy who warns the teenagers of a murderer in the woods. The final battle at the lake, including a trip in a canoe. That should all sound familiar to horror fans, and I feared that this was the extent of what the author had to offer me. Surely a fellow fan can come up with something more original than that! 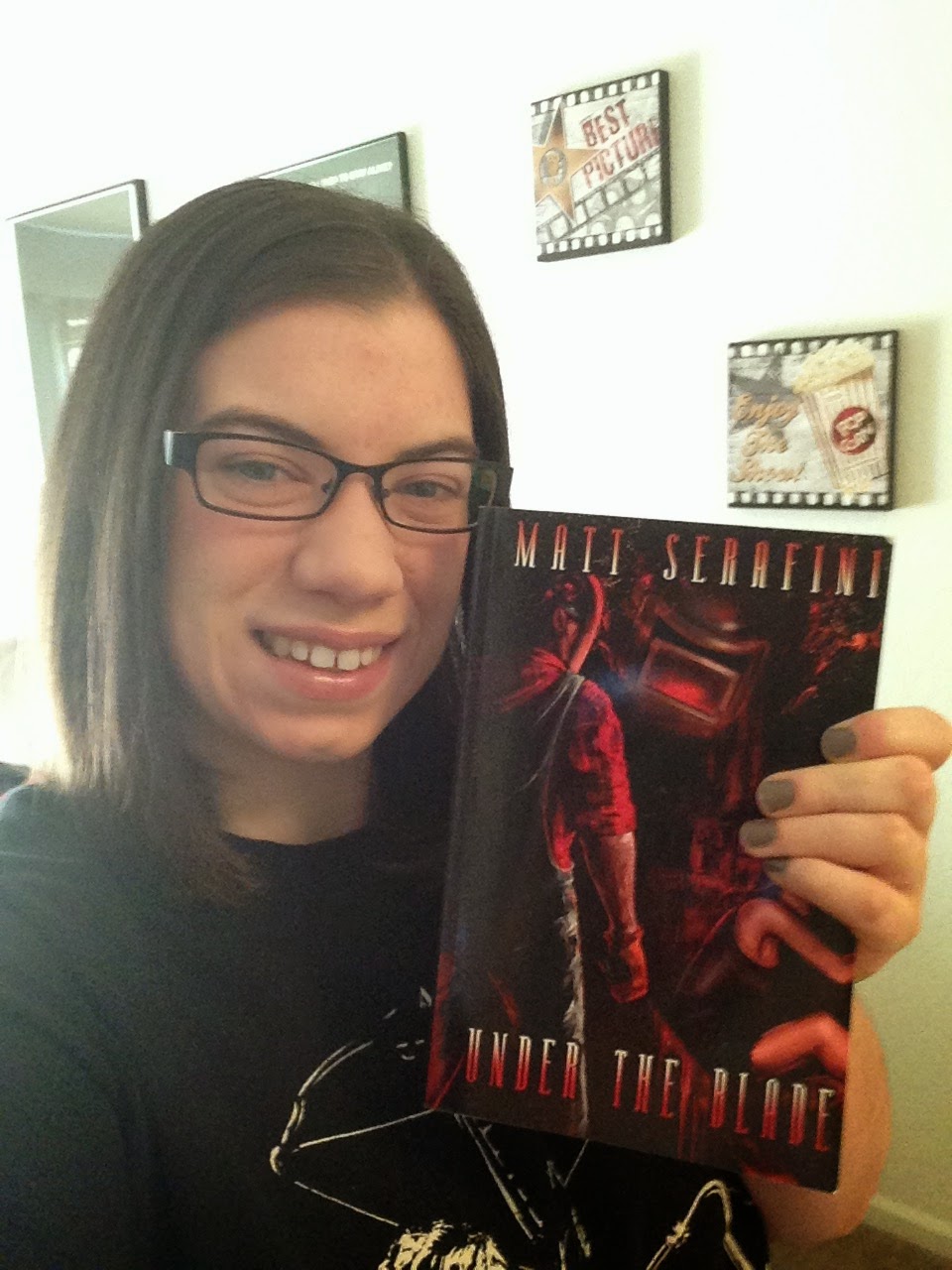 And indeed he does! While everything does start off in very familiar territory, Serafini builds on this story in such a way that the amazing conclusion is lightyears away from where you thought it would be. Everything goes way beyond the surface story of Cyrus Hoyt, Melanie, and the local police officer with the rebel wife, becoming more and more involved with each new chapter that keeps adding more layers as you go. The history of the town plays a big role in the tension-filled last third of the novel, and I absolutely loved the reveal of just what has been going on for the past forty years (and even before that).

Having a woman in her forties as a main character in a horror story was a nice change of pace. This role was perhaps better suited for an older heroine, as she proves herself to be more resourceful and stronger, despite the horror she witnessed and took part in decades ago. She bites off the nose of two people, for crying out loud. That's pretty hardcore. Serafini writes Melanie quite believably and admirably - I can hardly think of anything that I didn't like about her. Though she's not sure of him at first, Chief Nathan Brady is a nice counterpart to Melanie's character - he's young, but also experienced, someone who has a lot to prove to his father-in-law and to the whole town, which causes problems for him at home. His wife Trish is an thirty-ish hellion who can't stand small town life and resents having to return to the home town that she hated. All are likable, easy people to follow through the course of the book, and Serafini gives the reader plenty of time to focus on each one and decide what they think of him or her.

Being a horror fan, I'm guessing that there was no problem for Serafini when it came to some of the novel's gore-soaked sequences. There were definitely times when I wished that this story was a movie and not a novel because some of the stuff that he came up with would look awesome onscreen. The climax holds the most amount of blood and gore - and also fire and skeletons - but there is no shortage of the red stuff in the earlier parts of the novel to get the reader pumped up for the rest. When an author can get a gorehound like me to actually cringe at just words on a page, that's when I know that I'm reading something that really effective and was written with fans in mind.

Under the Blade is a truly awesome output from an author who knows his stuff and has an obvious love and respect for the horror genre. The novel has just the right amount of mystery and suspense to keep the reader invested until the last page, and enough horrific revelations to make the conclusion completely satisfying and worth the wait.

Under the Blade can be purchased through Amazon here!

Posted by Michele (TheGirlWhoLovesHorror) at 9:59 AM