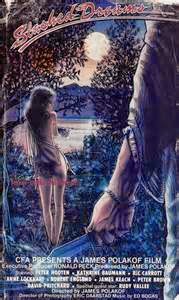 Maynard of Maynard's Horror Movie Diary is one of my best blog buddies, but he also has no problem giving me the most shit-tastic movies EVER for Project Terrible. And here he tried to get me yet again with Slashed Dreams, drawing me in with the promise of seeing a rare early appearance by the great Robert Englund. Slashed Dreams is, I suppose, now known as being a horror film but you would never guess that from actually watching the movie. Puzzlement mixed with strange fascination soon follow... 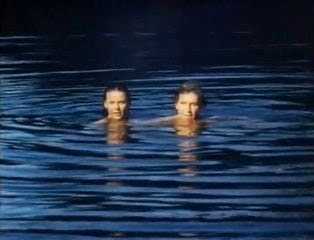 Robert and Jenny are two college students who have been friends for much of their lives. After Jenny breaks up with her douchey boyfriend, the two decide to go visit their friend Michael who has dropped out of school and now lives in a shack in the wilderness nearby. Robert and Jenny's good time is spoiled, however, when two hillbillies attack them one night and rape Jenny.

Just to clear some things up right off the bat: this is not really a horror film (not much of one anyway); though it may sound like it, this is not a rape-revenge movie; and yes, Robert Englund is in the movie but not until the last twenty minutes. Most of the movie plays out like a love story growing between Robert and Jenny, as they frolic and play in the woods on their way to where Michael has been living. And this was the 70s, so you better believe that there are several, and I mean SEVERAL, instances where actual storytelling is replaced by some god-awful ethereal music with lyrics about hugs and puppies and shit like that. I looked around for a screwdriver to shove into my ear but was unsuccessful. 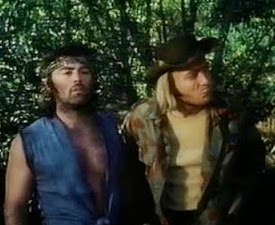 I mean, the movie really does have a nice, simple story to tell, it's just that it takes so freaking long to get there. There are even some horror-type elements inserted into the story. When Jenny and Robert stop at a nearby store to ask for directions, they are warned by its singing proprietor (no seriously, when they find him, he's in a back room talking and singing to the walls) that that part of the woods is baaaaaad. He even offers to give them a knife for protection, though he doesn't really say from what. Then later when they camp out one night by a lake, Robert and Jenny are awakened to a large bear eating their food. This serves as a kind of omen, as the hillbillies end up attacking them in a similar fashion, waking them up and pulling them out of their sleeping bags. 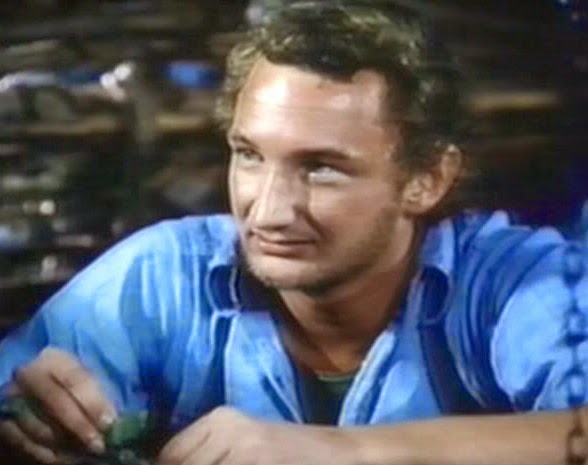 Like I said before, Englund does not make his appearance until the 58 minute mark. I believe it was well worth the wait to see him in this role, though, because this is a Robert Englund that I have never seen before. His character Michael finally returns to his shack the morning after Jenny has been raped, and he is able to immediately go into this rape-counselor mode and talk to her. Englund blows all the actors in the movie before him out of the water with his incredibly sweet, caring, and understanding performance. The hillbillies, named Levon and Danker, were actually played by two of the movie's writers, and James Keach as Levon was another surprisingly good performance. He doesn't play him as just a disgusting, sleazy redneck. There's a bit more to the character, and even though you don't really care because he's a rapist, I did find it interesting. 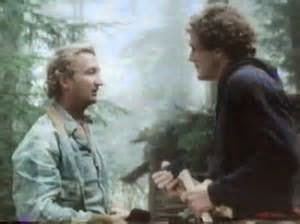 The movie winds down pretty quickly and without much fanfare. Robert gets into a fight with the
hillbillies and does a fairly good job of kicking ass until the losers just run away. Robert, Jenny, and Michael manage to laugh about what a fool Robert was, and then there's another horrible fucking song and a quote about friendship read by Jenny to emphasize how she's all healing and stuff, and then the movie is over.

Despite the fact that nothing happens, Slashed Dreams is not really that terrible, at least when you can dig deep and see what it is trying to do and what kind of movie it is trying to be. But yes, it is very slow and boring for the first hour and that music... that music could be used as a torture device. Fans of Robert Englund might actually want to check this one out, but you really only have to watch the last twenty minutes and for most of you, that will probably be a blessing.
Posted by Michele (TheGirlWhoLovesHorror) at 6:50 PM