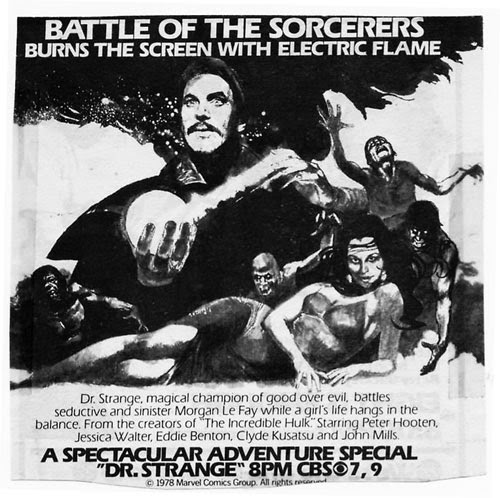 Terrible movie #2 is in the kitty! And it was quite painful, for sure. Alec from Mondo Bizarro decided to give everybody TV superhero movies for his picks, which slightly terrified me because while I like the occasional superhero flick, I don't know shit about them. Well, I don't think that will be much of a problem for the movie he picked for me because this is probably the lamest superhero movie ever. I dare anybody to prove me otherwise. 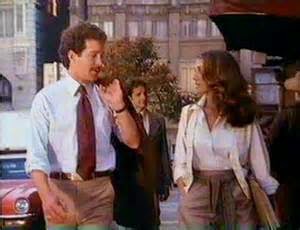 Five hundred years ago, evil sorceress Morgan failed to get revenge on somebody for something and now her big glowy master is giving her three days to kill this old dude sorcerer or kill his successor. His successor is Dr. Stephen Strange, who knows nothing of his destiny and only gets involved because there's a hot chick in the story.

That was a horrible plot summary, I know, but I really came up empty while trying to summarize this movie. It was originally intended to be the pilot for a TV series about Dr. Strange, which obviously didn't work out, so it definitely plays out more like the beginning of a much longer story than a story within itself. I mean, Dr. Strange isn't even really in the story that much, nor does he even seem like the main character. Maybe if they had made him more prominent, it would have saved the first hour of the movie from being completely uneventful and dull. 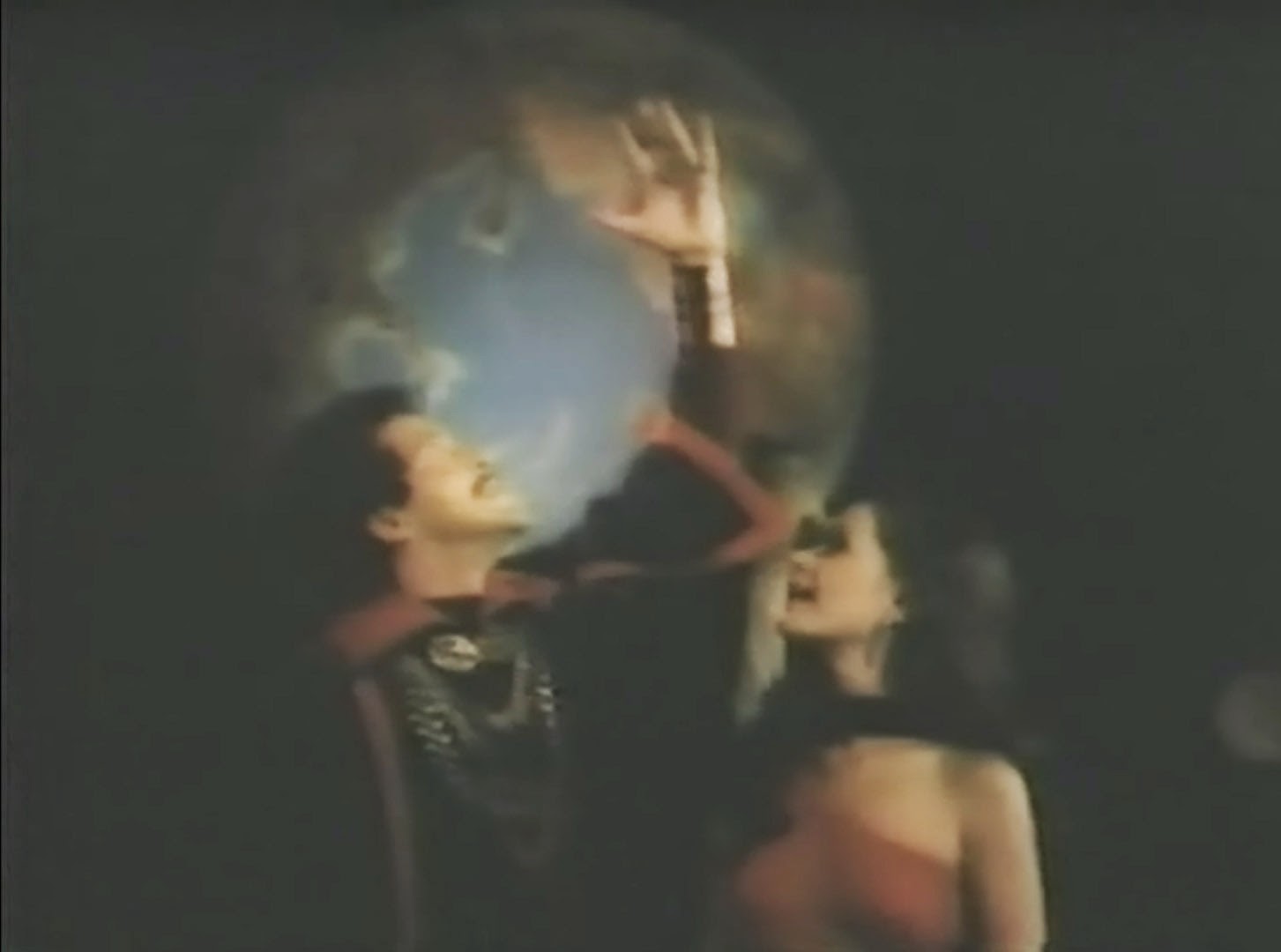 Most of the movie is about the old man that Morgan wants to kill. His name is actually Thomas, but Morgan always refers to him as "Old Man" so I'm just going to call him Old Man, too. She's an evil sorceress but for some reason has to possess a random chick named Clea to push him off of a bridge, and then not even stick around to see if he was actually dead. Like, she's an evil sorceress! That was the best she could come up with? Then there's a bunch of stuff with Clea in the hospital with Dr. Strange and them making googly eyes at each other and Dr. Strange meeting Old Man... and it's all very boring. So very, very boring. 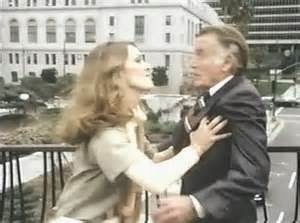 Some time after all these introductions there is a horrible astral projection sequence and a seduction scene in another dimension but don't get your hopes up. It was hard enough to watch the movie with the bad picture quality on YouTube - not that there was anything worth clearing up to see.There's no superhero action until the last ten minutes or so, and even then it is ruined by the horrible special effects. These superhero dudes and dudettes are all about the magic so there is no fighting or anything like that. The encounters, we'll call them, consist of either Old Man or Dr. Strange against Morgan where they just stand there and the bad special effects make stupid light come out of their fingers. Yawn. It was kinda funny when Morgan gets into it with Old Man's friend Wong, and the poor dude just gets absolutely spanked by this chick. At least their costumes are pretty sweet. I did do a little wiki-research on Dr. Strange before and after watching the film. It seems odd to me
that creator Stan Lee would think positively of this adaptation because, from what I read, this Dr. Strange is completely different from the original Dr. Strange. In the comics he is punished for being arrogant and selfish, and in the movie, he is mostly a pushover who can't stand up to his superior. I do hope that he eventually became a better superhero to match that wicked outfit. He wasn't really showing his full potential here, I think.

So that's that. A boring old made-for-TV movie with terribly stilted and emotionless dialogue, and pretty much no action at all. The anticlimactic ending is followed up by the longest denouement and epilogue I've ever seen which was I guess supposed to set up the rest of the series that never was. Ouch, sorry about that, guys.

Posted by Michele (TheGirlWhoLovesHorror) at 6:18 PM