So there were a TON of movies from, like, over a month ago that I watched and never reviewed or mentioned on here. And because I have a strange obsession with telling you all about every single movie I ever watch, here is Part Uno of me trying to catch things up with my Movie Roundup... 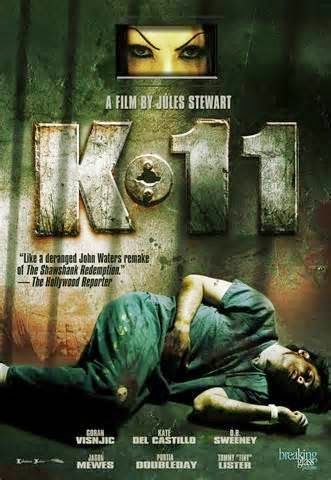 K-11 (2012)
Not a horror film really at all, but far too interesting for me to ignore. K-11 stars Goran Visnjic as Raymond Saxx, a record producer who gets thrown into a Los Angeles jail after a bender on suspicion of murder. "K-11" refers to the part of the jail that houses gay and transsexual prisoners - where Saxx definitely does not belong. The movie has its pitfalls because it does seem to change tone several times, but I couldn't help but find everything here utterly fascinating. I loved that Saxx is obviously a bit freaked out at first when he finds out who his dorm mates are, and that his tone quickly changes when he actually gets to know them. The movie shows them all as eccentric, but still as people, and not grotesque or weird. There are some horrific elements to the story - it does take place in a prison, after all - so there are some implied, and some graphic scenes of male-on-male rape, nothing really more than what you were probably already picturing when "gay prison rape" came to your mind. The main guard for K-11 is pretty fucked up, so ultimately the movie becomes about taking him down, even though the description makes it sound like transsexual Mousey, who runs the dorm, is going to be the villain. She's really not, and in fact she is probably the most honest person there. If nothing, watch K-11 for something totally different than what you are probably used to, and for the acting! The acting is really good by everybody. Very strange to see Dr. Luka Kovac in this kind of role, though... 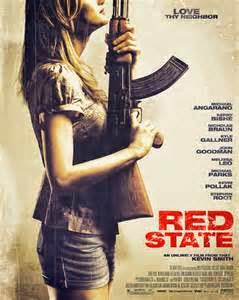 Red State (2011)
A loooooong time ago, I started watching Red State. I was mostly digging it but eventually had to stop watching when it got to the part where Michael Parks was preaching... and I couldn't understand a fucking word he was saying. He's mumbly. Now Netflix has gotten better with having subtitles on most films, so then I was able to give Red State another go! You know what I loved most about Red State? John Goodman! John Goodman absolutely kills it in this movie and I was so happy to see him in this role, because he's one of those actors that you forget can actually be a really good actor. And even though the real meat of the movie is mostly just an ungodly long shoot-out scene, I liked it. The ending was pretty hilarious when the religious dudes are tricked by a fake Rapture and... I'm sorry, I just keep thinking of John Goodman. I don't know why I'm so attracted to him here, but I seriously loved  him in this, and I love the story. It's preachy, but it's engaging and it's familiar to us, if you have heard of the crazy people that make up the Westboro Baptist Church. The whole thing was quite different than anything I had watched in a while and it was interesting to see it unfold.

And I love John Goodman. 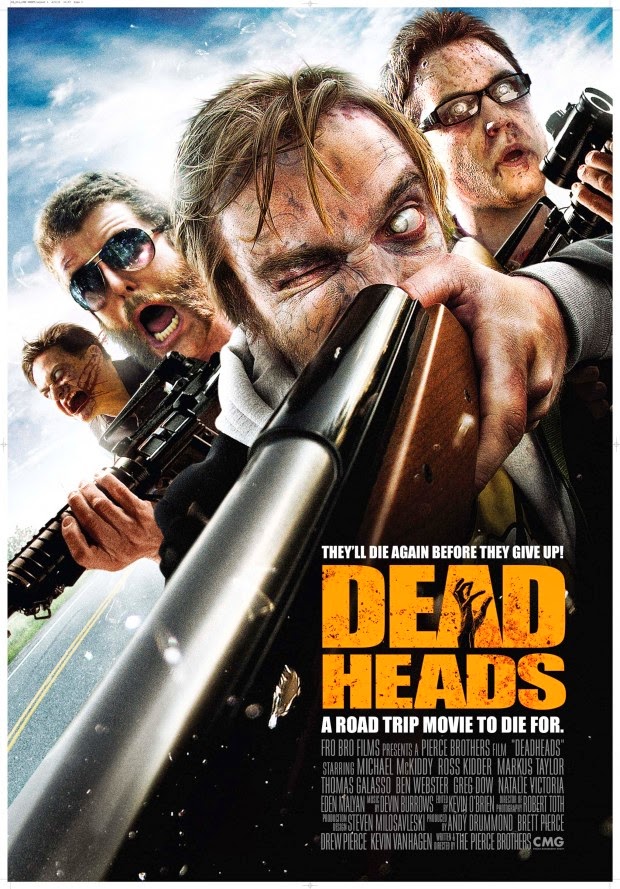 Deadheads (2011)
Sadly, not about zombie Grateful Dead fans. Just two sentient zombie guys who meet up and go on a little trip to find one of the guys' long lost love. Awwww. There's some pretty funny shit in Deadheads, actually the tone of it reminded me a lot of A Little Bit Zombie so if you dug that one, then you should love Deadheads as well. The actors all have perfect comedic timing and no fear about looking silly at all - especially the actor playing McDinkle, who is just flat-out crazy and ridiculous and seriously entertaining. In fact, colorful characters abound in this tale, and it's one of the things that kept the movie hilarious and interesting all the way through. One of my favorite elements to the story is that the two zombie buddies, Mike and Brent, bring along this zombie pet of theirs on their roadtrip - a non-thinking zombie whom they name "Cheese." The zombie gore and makeup is all really nicely done and there is a good story going on - but it was the comedy that was most impressive. There are so many zom-coms out there and it really is a joy when you find those that work for you.
Interesting factoid: the father of the Pierce Brothers, who wrote and directed the movie, actually worked on the visual effects for the first Evil Dead movie. Awesome.
Posted by Michele (TheGirlWhoLovesHorror) at 4:40 PM