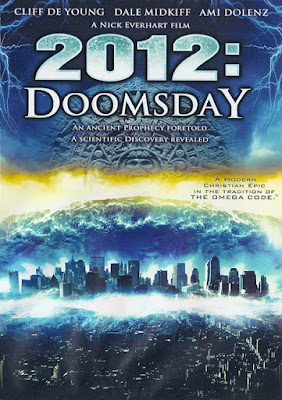 This is it, folks, my last Project Terrible movie for this round of badness! I was actually inspired to choose Natural Disaster films for my picks from the other bloggers after watching Into the Storm recently and being massively disappointed. It was Twister kicked up ten notches, but with not as good a story or characters which is what really brought it down. But I thought for sure that there had to be tons of other movie about natural disasters that were way worse. This movie was assigned to me by the newest addition to our PT family, Christian who runs the blog A Life in 24 fps (cool title, by the way). Welcome to the fold, Christian! 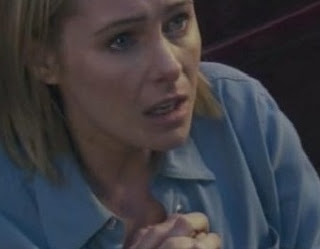 My mind hit a blank wall trying to write my own synopsis for the movie, so I'm just going to steal the one written by Faith Films (SHIT, why didn't I pay more attention to that when I first watched it? I could've figured out much faster where the movie was going). Anyway, this is what the movie is about: On December 21, 2012 four strangers on a journey of faith are drawn to an ancient temple in the heart of Mexico. For the Mayans it is the last recorded day. For NASA scientists it is a cataclysmic polar shift. For the rest of us, it is Doomsday.

So I was a little excited for 2012: Doomsday at first because Dale Midkiff's name popped up in the opening credits. Midkiff, as some of you may know, was Louis Creed in one of the greatest movies ever, Pet Sematary, and I LOVE that dude and wish I could see him in a lot more stuff besides one random Lifetime movie years ago. He doesn't exactly help 2012: Doomsday all that much, but it's not his fault at all. Ami Dolenz, whom I really liked in Witchboard 2, goes a bit downhill here. Her performance is a touch forced and exaggerated, and not sympathetic enough. Under different circumstances, maybe this movie could have been good. 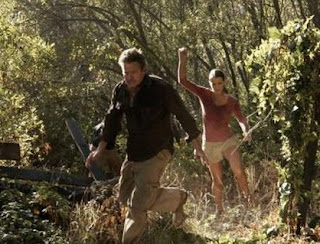 The main problem with Doomsday is that the movie does not give the story enough room to breathe. Every plot point comes along one right after the other - boom, boom, boom, boom. Character introductions are quick and barely scratch the surface of who these people are other than their relation to the immediate plot. How then are we supposed to believe or go along with the fact that all of these people are somehow drawn to this Chichen-Itza temple and go there for no reason? Of course, the whole mythos of the story is religious in nature, but all of our characters come from different backgrounds of belief. Sarah is a missionary working in Mexico, Susan is a stout non-believing EMT, Lloyd (Cliff De Young) is a scientist, etc. At one point, the religious shit gets really wacky and comes completely out of nowhere when Susan and Lloyd are helped in their journey to Chichen-Itza by guardian angels or some crap. 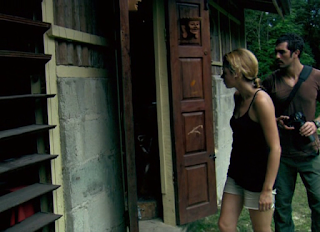 A couple other things are a bit annoying. All of our characters start off the film in different parts of the world, and we are informed of this by that overused, typewriter-style, location-identifying text on the bottom of the screen. Normally, a movie would just need to do this once or twice for the audience to remember where everyone is. Oh, but not Doomsday. Every single time the scene changes to a different character, that fucking text pops up. And with it there has to be a countdown to "Doomsday" even though there is not a palpable enough threat from the environment to make this seem all that important. Sure, there are earthquakes and a couple people get killed (one by a giant ball of hail that impales him in the chest through a car window - supposed to be heart-breaking but ends up being HILARIOUS) but nothing really that screams DOOMSDAY IS UPON US, you know?

2012: Doomsday is too much driven by plot and not character like it should be. Dialogue is weak and not performed to the best of these actors' abilities, who are basically just phoning in their performances for the paycheck. The small amount of special effects are rocky and not worth the wait if that's what you're looking for to keep you interested in the movie.

Natural Disasters might not be fun in real life, but they can sure be a hoot when they are the main focus of a bad b-movie. It's been fun, Project Terrible! See you next round!

Posted by Michele (TheGirlWhoLovesHorror) at 2:39 PM