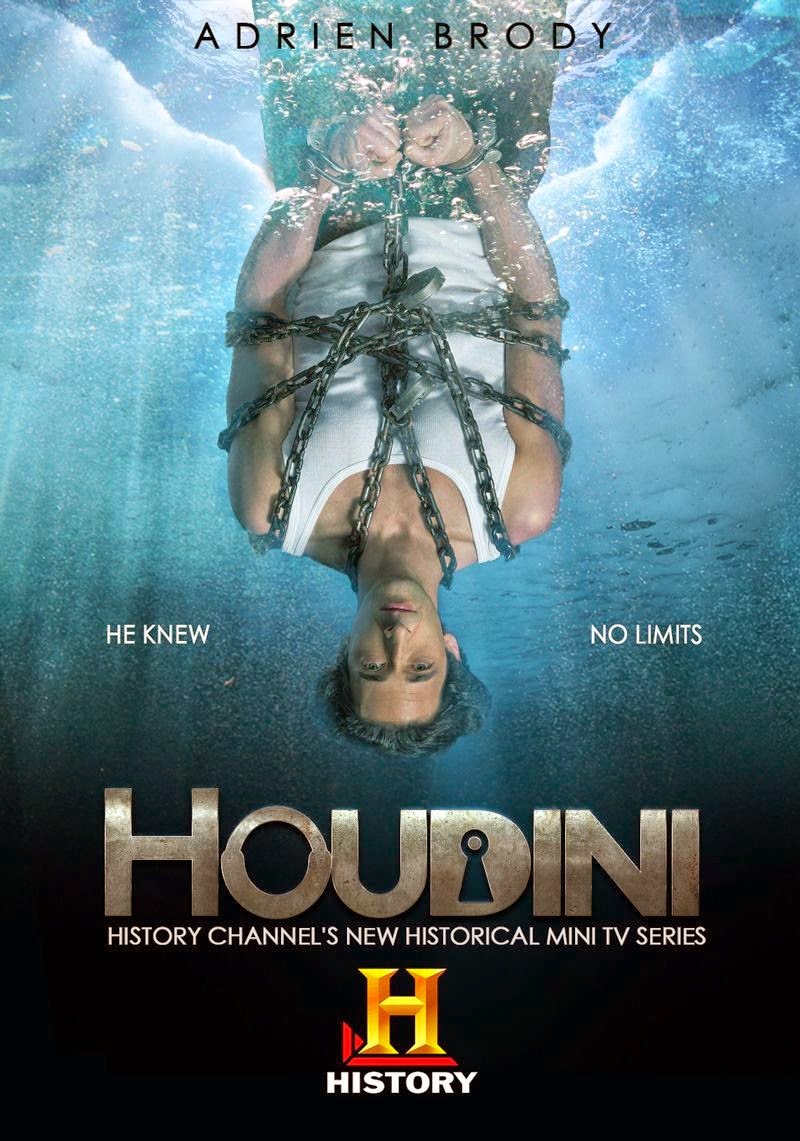 Houdini  (2014)
Every since I was a child, I have loved magic. There was this TV show that came on once every year called The World's Greatest Magic and I never missed it. Magic shows are just fucking awesome, I don't care who you are. I also learned everything I possibly could about Harry Houdini and still consider him one of my personal idols, so when I finally got the chance to watch this (yet another) miniseries documenting the life of the Great Houdini, I was all over it. And I loved it, too. I was even crying by the end because I am that much of a dweeb and I love this guy that much. Adrien Brody as Houdini was fantastic, and Kristen Connolly as his wife was okay, but mostly I loved the way the story of Houdini's life was presented here. During Brody's voiceovers, he kept referring to the bad things that happened to him as a "punch in the gut" - which was both genius and sad because a punch in the gut is exactly what led to Houdini's death. "Houdini" is a very solid miniseries and a respectful look into the life of one of America's icons. 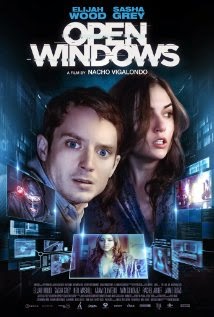 Open Windows (2014)
What do you call cheese that isn't yours? NACHO CHEESE! Pardon the bad joke, but I needed something to help me stray from getting too angry over Open Windows. Nacho Vigalondo (hence the bad nacho cheese joke) helms this movie with a concept that I admit at first sounded kinda cool - but once I saw it in practice, realized it wasn't at all. Open Windows stars Elijah Wood as a geeky fanboy to Sasha Grey who gets sucked into this crazy online chaos scam by a super-computer-hacker. I know that doesn't make any sense, but neither does the movie. The whole movie is shown to the audience through a series of "open windows" on Wood's computer screen - random cameras and chat screens, that kind of thing. It got very old after a while, and as the movie headed toward the stupidest and most disappointing climax ever, the quality got very lame as well. I finished watching it just to see how it would end, but I just wasn't feeling the last half of the movie at all. 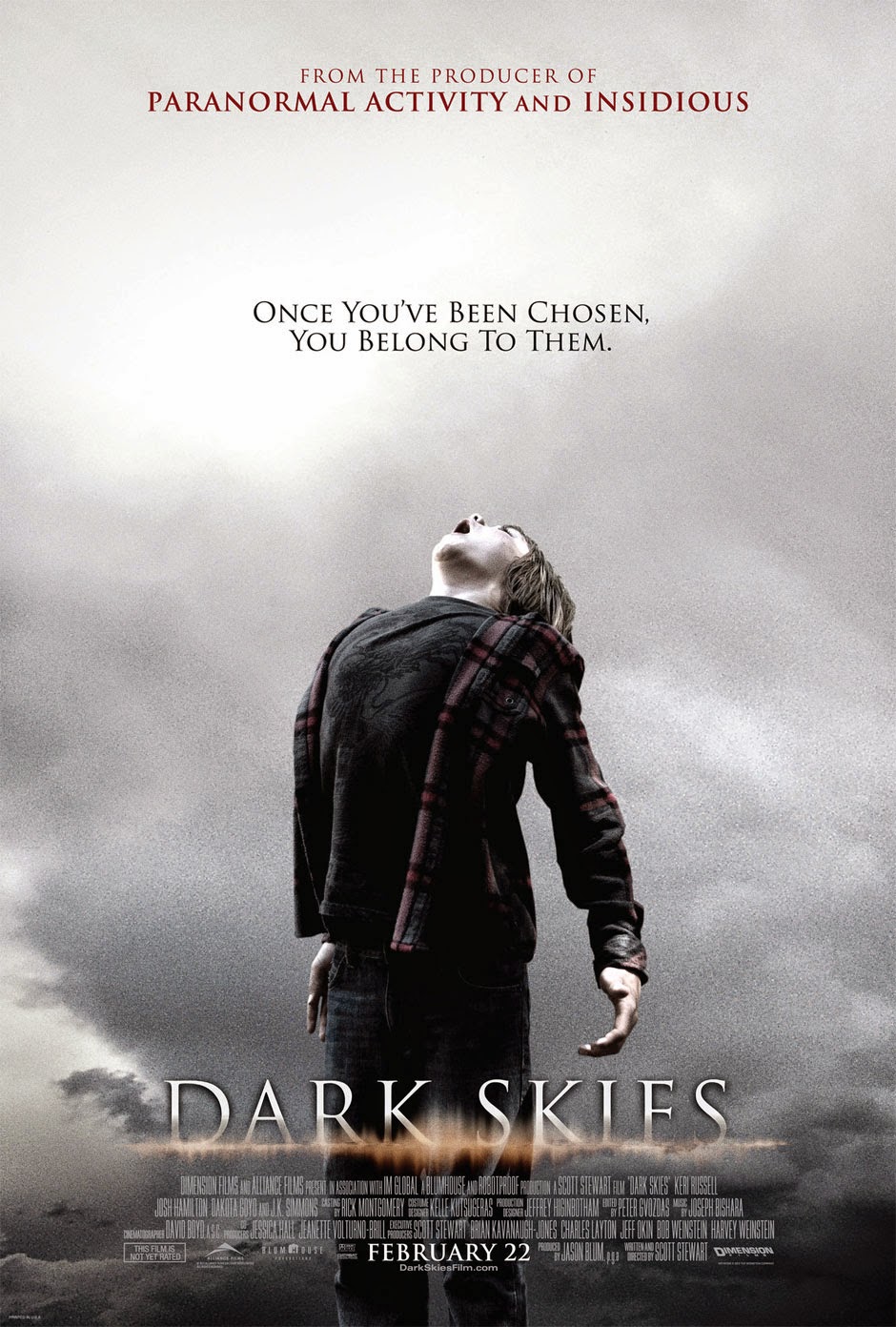 Dark Skies (2013)
Gah! This fucking movie tricked me again! It tricked me into watching it the first time, thinking that it might be good, but it wasn't good so I forgot all about it. Then it popped up in my Netflix suggestions again and, since I had forgotten about it, I was all "Hmm, maybe this could be good." It's not good, damnit! It's not! Why couldn't I remember that?! Dark Skies is an utterly run-of-the-mill, boring piece of PG-13 alien crap. There's nothing new, nothing interesting, nothing that hasn't been done many times before - which was probably why it was so forgettable. The bland, one-dimensional characters don't help the movie at all, and the acting is only good enough to earn a paycheck. Dark Skies is a turkey, you all probably already know that.


Posted by Michele (TheGirlWhoLovesHorror) at 8:17 PM