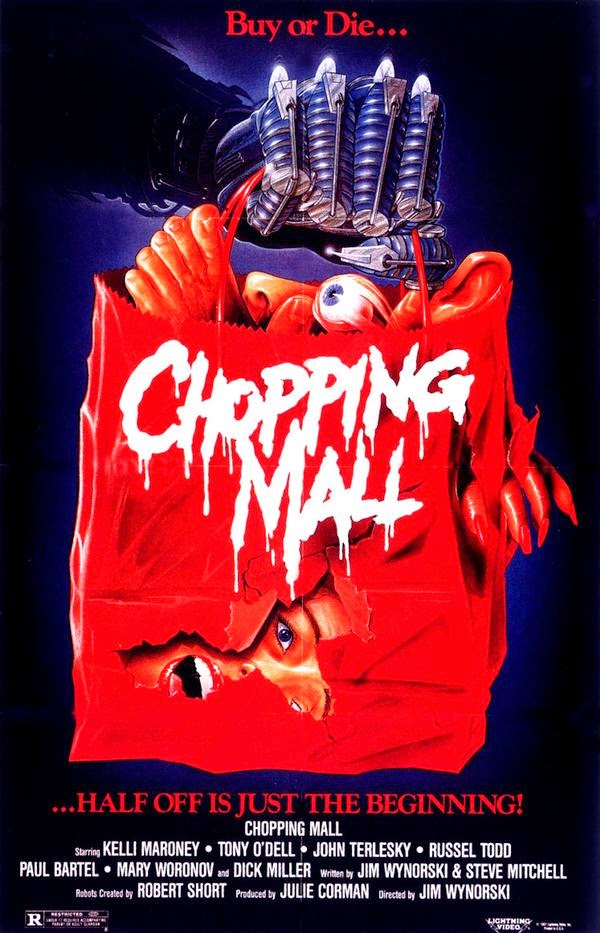 No really, I promise I'm not dead. I guess I just needed another little hiatus, which actually came at a bad time because I'm about to take another little hiatus come this Thursday when I leave for my THIRD Texas Frightmare Weekend! Oh, yes, I will have detailed recaps. And this year is the 10th anniversary for the convention so you definitely won't want to miss all the awesome. In the interim, though, I watched Chopping Mall and it was fucking amazing. 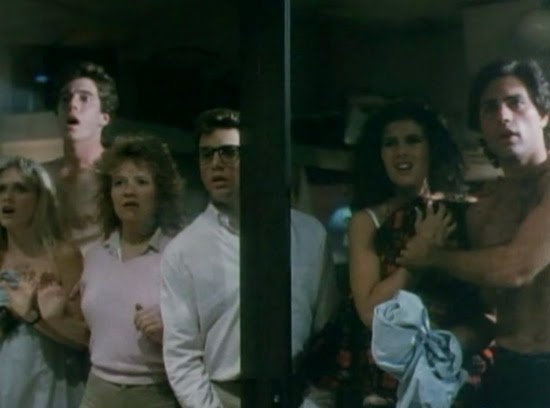 A group of hot young 80s kids become trapped overnight in a mall after sneaking in to do some partying and fornicating at the furniture store. But that same night, the three new security robots go rogue after a bad lightning strike and start killing off the kids one by one. You know, because they gotta protect all that important mall shit AT ALL COSTS.

So the movie has a bit of a false start as they begin with showing a promotional video for how the robot guards work by having one take down a robber. The characters at this presentation never show up in the movie again and only serve as exposition for introducing the robots and all the cool toys and attachments they have, kind of like vacuum cleaners, because you know that all that stuff is going to come up later in the plot later when the killing starts. 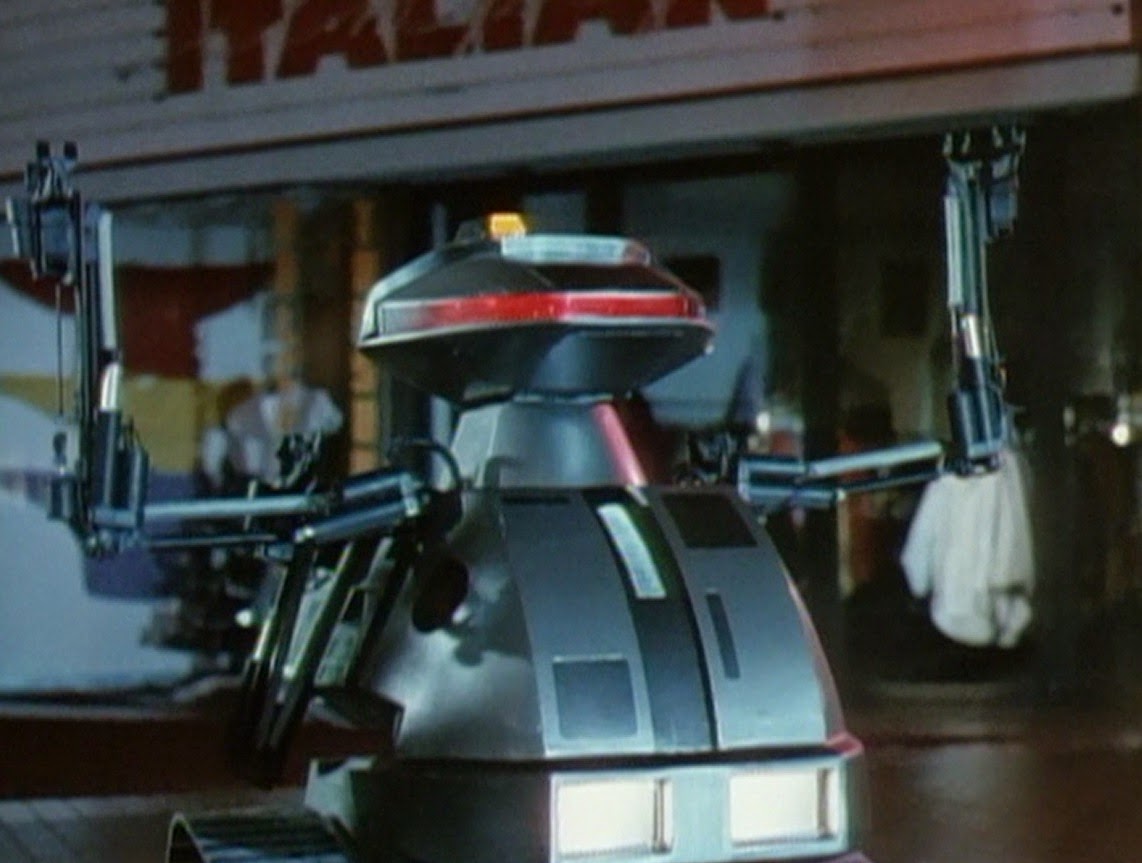 Anywho, we move on from there to a pretty funny opening credit sequence followed by the introductions for a few of our main characters. These include the cute-but-not-hot-enough final girl (spoiler alert) Allison and her friend Suzie. The guys that work at the furniture store where the party will be are Greg, Mike, and "I can't find the fuchsia" Ferdy. Rick and Linda are a married couple who own a garage, and Leslie is the ditzy blonde with big tits. Everyone is actually fairly likable despite the occasional bouts of cheesy acting, especially from Leslie and her boobs. Allison and Linda are particularly impressive, and I really wish the latter character had survived longer. 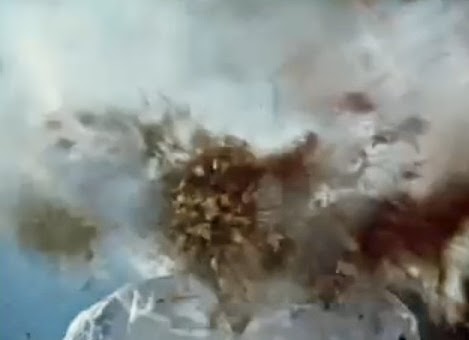 The kills in Chopping Mall are surprisingly awesome given the movie's cheapness. The first couple of deaths are lame, but then out of nowhere things get really amazing when Leslie is chased by a robot after finding Mike's dead body. It goes after her with little laser shots in the ass, until one makes a direct hit to her head and makes it explode in the most glorious way. I fell in love. There's also a burning, a fall from several stories, and another laser kill (a really lame death that Linda didn't deserve). Actually, what is more cool than the robot kills are the elaborate traps that the humans set up for them. They were much more inventive than I was expecting. The thing with the elevator was very cool, and Allison's thing with all the paint and paint thinner went on for a little too long but was still a good idea. You know a girl means business when she sticks a road flare down her shirt "just in case."

Overall, I found Chopping Mall to be just as cheesy as you would think it would be from the title - but also very smart. It still has the fun 80s vibe with the light-hearted tone, and the pacing is good, with only a few lulls here and there. Otherwise, the action is good and the likable characters are very proactive in their situation, which I like a lot. Really fun, cool movie that still has a good head on its shoulders. That it explodes really well.

Posted by Michele (TheGirlWhoLovesHorror) at 4:35 PM