The loss of the great Wes Craven has been a terrible blow to the horror community. I know there are dozens of posts like this out there right now, and I know that we have lost so many great people recently, but this has truly saddened me and hurt my heart. Last night I was actually in a really good mood, watching a funny DVD, and enjoying the last few hours of my weekend. Then I absently checked my Facebook feed and was hit with the awful news. I thought it wasn't real at first, but it was: an icon was gone, and the life and career of my favorite horror director was no more. 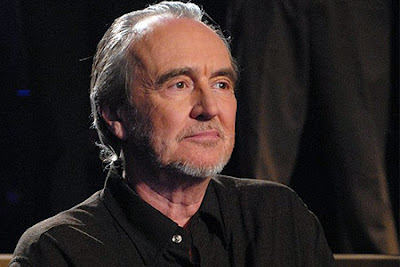 It was a shock to say the least, because Wes Craven has always been an important part of my horror life. I came to horror a bit later in life than other fans - though I had always watched them as a child - and Scream was an important part of that. Then I saw more of Wes's films and realized just how much I loved not only the things this man has created but the man himself. I didn't talk about him enough when he was around, and I won't make that mistake now.

Wes was a kind, soft-spoken soul with a wonderful sense of humor and an aura of sweetness that you couldn't help but be attracted to. It was hard for me to equate the gentle man I saw behind the scenes with the dark things that came out of his mind on film. But at the same time, that's what I always loved about him. He wasn't afraid to bring real horror to film, and be gritty and raw about it. He also wasn't afraid to have fun with the genre and with himself, and he constantly did new and different things. Even then, you could tell when you were watching a Wes Craven film, as he had a distinct style and voice that I always enjoyed. He was beyond smart, analytical and creative, and his films were about so much more than what was on the surface. 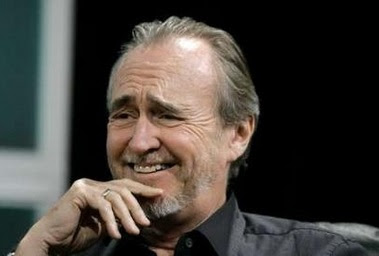 Perhaps it seems weird to people outside the community that we are so affected by this, crying over somebody that we never met. As soon as I got home today, I put on my favorite Wes film, Wes Craven's New Nightmare, and as soon as Wes himself showed up on screen, the tears started coming. Reading all the messages that people have left on various platforms proves just how much he touched the lives of fans with his work and what an influence he has had on so many people around the world. We all experienced his career separately, but at the same time together, having the same feelings and gaining the same reverence each time we enjoyed another one of his films.

Thank you, Wes, for being the man that you were, and for bringing all those amazing characters, stories, and worlds to life. We will never forget you and we will never let your legacy die.

Thanks for the nightmares.

Posted by Michele (TheGirlWhoLovesHorror) at 4:45 PM