As many other bloggers out there have already said, February is Women in Horror Recognition Month, which is pretty freaking awesome. Women are an integral part of the genre, on all sides of the field, and this is an excellent way to honor and exalt them as they should be!

The Mike at the fabulous From Midnight, With Love blog is offering up some linkage opportunities to Midnight Warriors who post their thoughts on women in horror so be sure to step by there this month and see what other awesome bloggers are talking about.

For my first post on this topic, I'm starting off with what I know best. 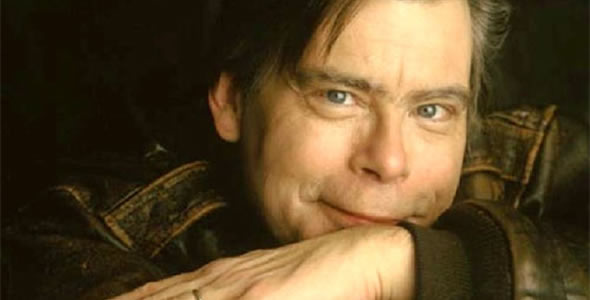 What a cute dork.

Stephen King is known by fans for doing some pretty gruesome stuff to the characters in his books. When he takes on the task of putting a female in the lead of his story, or an otherwise important role, they are just as fair game for his twisted plot lines as the males. So here comes the list! Some are heroines, some are villains, but all of these fabulous females have been put through King's crazy shit that he thinks up and have either come out on top or gotten their bloody revenge, and for that, THEY RULE.

If you haven't read these books, I'm about to reveal some serious spoilers. 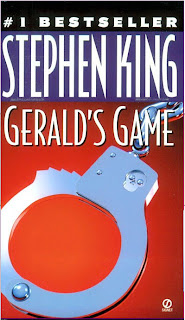 Jessie and her hubby Gerald were having a nice time at their cottage by the lake, until Gerald wanted to kink up their sex life. He handcuffs Jessie to the bed, but she's not into it and kicks him off of her, causing him to have a heart attack and die. Lying there naked and bound, with no one around to help her, Jessie's torment over the next several hours are both physical and emotional. She has recollections of being sexually molested by her father; watches a dog eat her dead husband's body; and deals with a frightening manifestation coming at her in the room - all while still trying to free herself from the handcuffs. In the end, she gets out of this situation in the grossest way possible by almost skinning her own hand to slip out of the handcuffs. Gross, Stephen King. GROSS. By the way, that manifestation that was stalking Jessie during her ordeal was actually a necrophiliac grave robber who is later caught by police. Somehow, I don't think that made Jessie feel better.

Sandra Stansfield from "The Breathing Method" 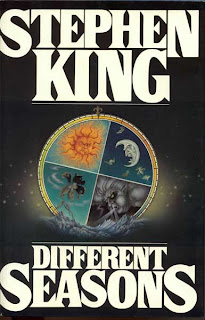 "The Breathing Method" is the only novella from King's collection titled Different Seasons to NOT have been adapted to film, and believe me, after reading this I think you'll understand why. "TBM" is a frame story that follows a men's club who gather around a fireplace and tell stories. One man, a doctor, tells the story of one of his patients, Sandra Stansfield. She is a single woman pregnant with the child of a married man. This happened in the 1950s, so that's not a good thing. However, Sandra is a proud woman determined to have the child and when the doctor introduces her to the new technique of Lamaze, she dutifully practices. Sandra is past her due date when she's in a terrible car accident on Christmas Eve. The doctor arrives on scene only to find out that Sandra has been decapitated in the accident. However, her body is still miraculously alive, and able to continue to do the Lamaze breathing until the doctor successfully delivers her baby. My jaw was on the floor when I first read this story. Incredibly gruesome, but still kind of sweet and uplifting? Yeah, I don't know how it's possible either, but that's how I felt.

Sara Tidwell from Bag of Bones 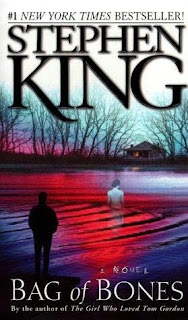 This is my absolute favorite King book. I've read it several times now, and it's a fantastic book to pick when you just want to read a really good story. Sara Tidwell is kind of the villain in this piece but maybe you won't blame her once you read about what Stephen King put her through. Sara was the singer of a popular African American band at the turn of the century in the town where author Mike Noonan has his summer home. Haunting experiences at his house lead Mike to uncover a curse on several families in the town which have something to do with Sara Tidwell. In a vision, Mike uncovers the horrific truth - Sara and her young son Kito were killed by a group of men by the lake. They brutally rape and murder Sara and drown her son in the lake. Since then, the descendants of the men responsible have all had tragic drownings of the firstborn child in their families - children whose names begin with "K" or "C." King graphically describes Sara's attack which is all the more brutal because of how strong and confident Sara is described as being earlier in the book. The men intend to "break" her by raping her, but her spirit proves to be quite unbreakable and very deadly. 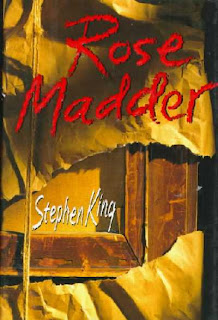 Rose's husband Norman is a police officer. He should be the perfect guy, but instead he is a vicious rage-oholic who beats Rose for 14 years before she finally leaves him one day. Rose manages to make a new life for herself and get rid of Norman for good (with the help of a woman in a painting and the other world it transports her to - hey, it's a King novel, I don't know how else to say it to make it make sense) Her character is amazing for many reasons but mostly for what she endures in the first chapter of the novel. It's an incident that occurs 9 years before Rose leaves her husband, and it's a particularly violent and disturbing incident of abuse. Rose is lying in the corner of the room, bleeding and in immense pain after Norman has punched her in the stomach. The worst part: she's four months pregnant. This one short chapter of the novel instantly sets up how truly evil Norman is as he casually eats a sandwich while cleaning up Rose's blood and smiling at her while her dead baby is leaking out of her body, assuring her that she can always have another one. Descriptive yet sickening sentences like "Something is putting sinister, slippery little kisses against the insides of her thighs" really put the reader in Rose's shoes and make you feel the unbearable pain she is going through. And you truly believe her and side with her as she vehemently repeats "I hate you" in her head.

Trisha MacFarland from The Girl Who Loved Tom Gordon

If I were ever lost in the woods for days on end, I'm not sure how I could survive. The 9-year-old heroine from one of King's shortest novels surely has one up on me there. While on a hiking trip with her brother and mother, Trisha wanders off the path and when she tries taking a shortcut back to where she was, she becomes hopelessly lost. With little food and drink, her GameBoy and her Walkman, Trisha must do whatever she has to to live through this. This girl is awesome. She's only a child and still manages to keep her cool and use smart and effective methods to sustain herself until help arrives. Sure, she starts going a little loopy and imagines that an evil creature called The God of the Lost is after her, but having pneumonia and diarrhea from forest berries is bound to do that to anyone. The climax of the novel is great too. Trisha comes upon a road but not before the God of the Lost comes upon her. At least, that's what she imagines it to be, when in reality it's a freaking BEAR. Thankfully she's saved by a hunter and taken back to her family, but damn. This 9-year-old survived days in the woods and almost got her ass eaten up by a BEAR. She's way cooler than all of us. This is not one of King's more popular books, but it is interesting in that it the most straightforward narrative that he's ever written I think.

- because all of those novels have been made into movies and none of the above stories have. And they are some of King's best work and most interesting stories, and hopefully this will make more fans aware of King's entire body of work. I highly recommend any of the aforementioned novels (especially Bag of Bones

- I SERIOUSLY love that book) to you so pick one up today and enjoy! And keep celebrating all the amazing Women in Horror!
Posted by Michele (TheGirlWhoLovesHorror) at 9:00 PM